The Summer holidays already seem a long time ago but what a wonderfully, long break we had. It was so lovely to see all the children returning in the afternoon of Wednesday 4th September and hearing about everything they had been up to in the 2 months since we’d last seen them! They all looked incredibly relaxed and happy to be back, while their parents’ faces showed a mixture of sadness that the holidays were over, and huge relief!

As you will be aware, Mrs. Parks and her black Labrador Humphrey completed their epic walk along the Pennine Way; 268 miles, climbing the equivalent of Mount Everest, twice! This was all completed in 2 weeks carrying all her own supplies and Humphrey’s food too! She has raised well over £2,500 for the RNIB Talking Books which is an extraordinary feat.

My challenge pales into insignificance by comparison but my thanks to everyone who supported me in raising nearly £3000 for Place2Be, the UK’s leading mental health charity for children. With the other 20 Heads, we have collectively raised over £90,000 and very much hope to make it to £100,000 by the time we hand the cheque over in October. 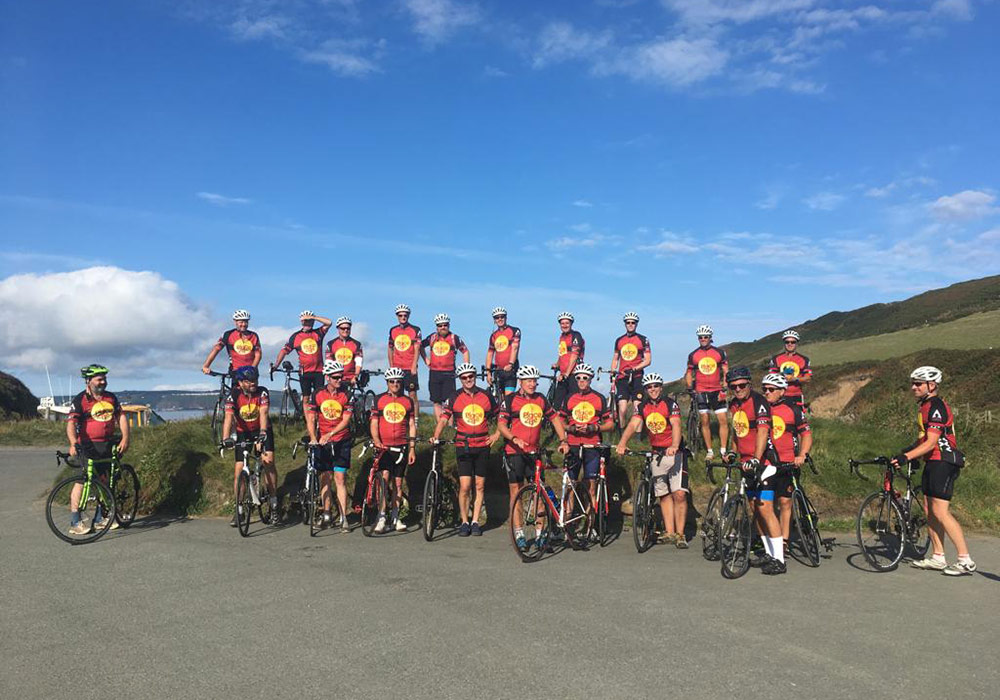 Although the challenge, and the holidays, are now but a distant memory, I am delighted to report that the term has started in excellent fashion. The new pupils, both day and boarding, have settled very quickly and easily into Belhaven life and are very much part of the fabric of the school already, as are the new staff – Mr. Marriott, Mr. Barrett, Miss Brewster and Mr. Dryburgh.

Aside from getting them all back into the swing of the academic side of things, including trying to work out who in Form 1 is sitting scholarships to where – currently 19 of them to 9 different schools, ranging from academic, through sport, art, drama, music and skiing – we have enjoyed the first rugby and hockey fixtures of term, the results of which all look very promising and bode well for the season ahead. The children have also had their first ‘talk’ of term from a charity called Social Bite’s ‘The Wee Sleep Out’, raising awareness of homelessness and poverty in Scotland. The seniors have chosen to do a ‘wee sleep out’ of their own in November to raise money for Social Bite.

We have had two ‘In’ Sundays so far – the only time this happens over the course of the year, apart from the very end of the Summer term – and have enjoyed Inflatable fun on the first Sunday, with the School Landy once again performing as the Ice Cream Vandrover, distributing Fruit Pastille lollies or FABs (a no-brainer). 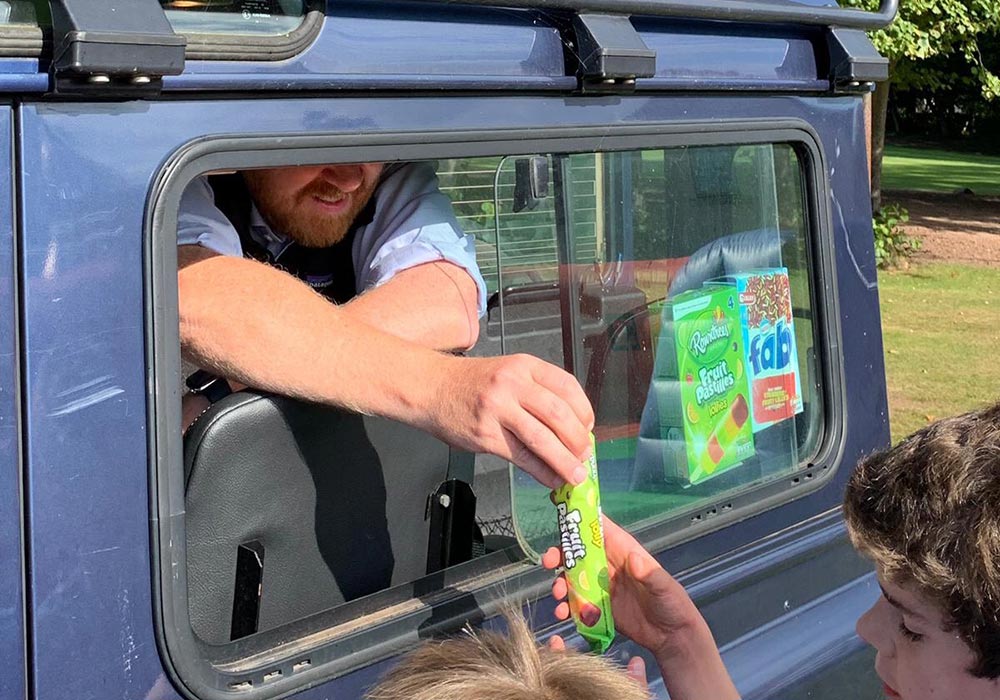 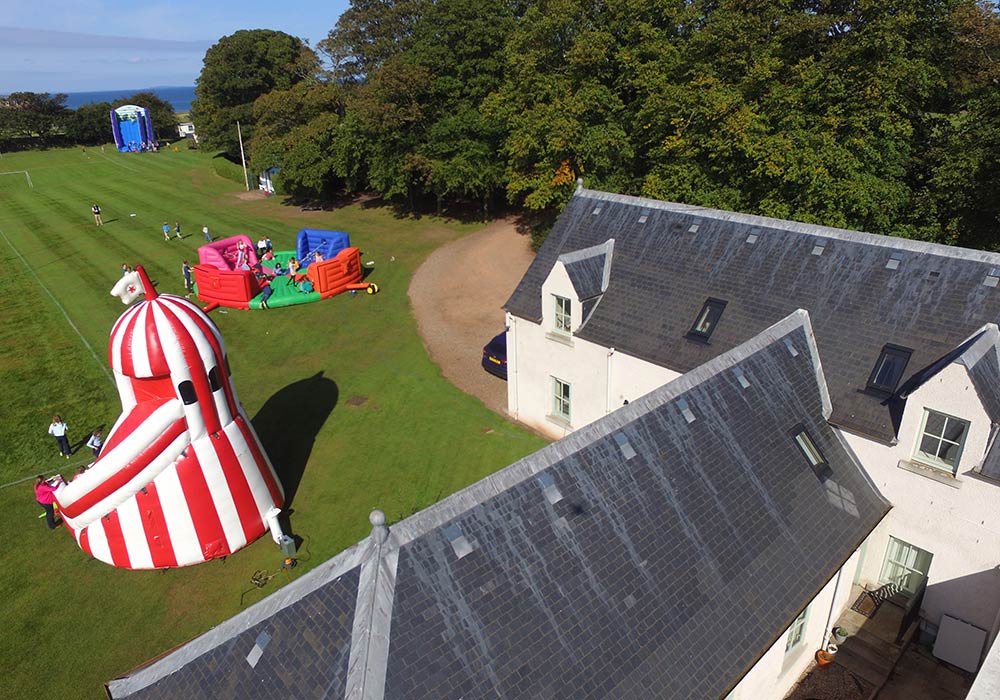 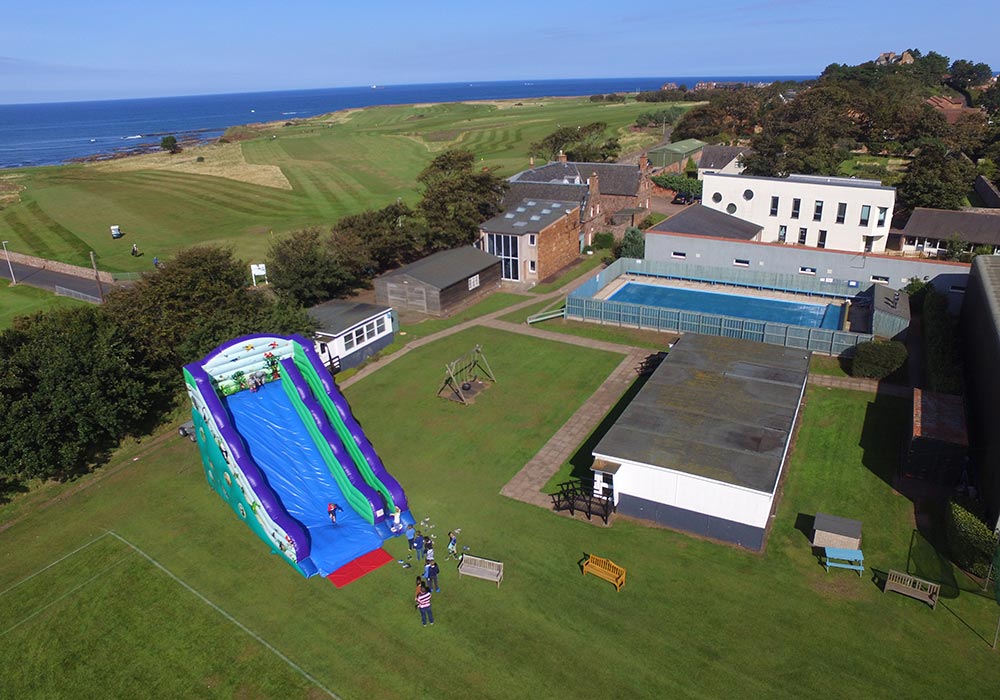 Last Sunday we had the renewal of the biennial Belhaven Hill Dog Show, once again beautifully organised by the PTFA. It was a wonderful opportunity for the school to get together on a lovely, sunny Sunday afternoon, for the parents of the boarders to see their children and for the boarders to spend time with their families and their pets – a much needed break towards the end of the longest stretch of term. 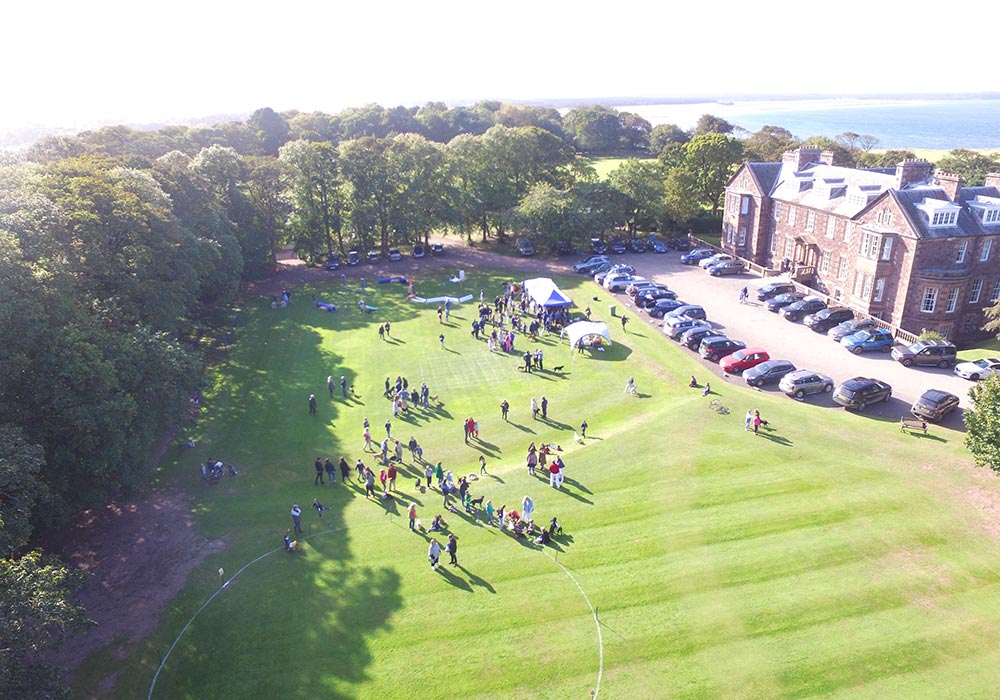 There were several categories for the dogs to enter from ‘Best Trick’ to ‘Most beautiful mongrel’ to ‘Musical sit’ which was won, once again, by the Headmaster’s dog – Nellie – who does nothing but …

The whole event was a huge success and over £1000 was raised for two local charities – ‘Fostering Compassion’ and “Muirfield Riding Therapy’. I am extraordinarily grateful to the PTFA for all their hard work in making it so much fun for all.

As with all that happens at Belhaven, we continue to post onto our Facebook account so that everyone can see what we are up to. This term, we have also started ‘tweeting’ using three accounts - @BelhavenHead @BelhavenSport and @BelhavenJuniors. We have decided to bring all three of these accounts under one ‘handle’ so do please follow us for all the latest news and information on @Belhaven_Hill

We also have a new website, but you will have seen that already, otherwise you wouldn’t be reading this! Our latest prospectus is also out shortly, as will be last term’s Bugle, so do please keep an eye out for both in the coming weeks!

And so we arrive at the first, and much needed, ‘Out’ weekend. The children all deserve a wonderful, relaxing break, safe in the knowledge that the first stretch of term has been an unmitigated success.