New Headmaster for Belhaven Hill School as it nears its Centenary

New Headmaster for Belhaven Hill School as it nears its Centenary

New Headmaster for Belhaven Hill School
as it nears its Centenary

The Board of Governors of Belhaven Hill School are delighted to announce the appointment of Olly Langton as the School’s 7th Headmaster from September 2020, after the current Headmaster, Henry Knight, steps down. Henry and his wife Susannah have decided to move on to new challenges, having completed 4 very successful years as guardians of Scotland’s leading co-educational boarding and day prep school for 7 to 13 year olds.

The newly appointed Head says: “My wife, Rosie, and I are excited at the prospect of running a school that has such a fantastic reputation for providing an outstanding all-round education that develops courteous, ambitious children.”

Belhaven Hill, founded in 1923, is situated in a handsome Georgian house in an idyllic 20 acre parkland campus overlooking Belhaven Bay in East Lothian, with playing fields and swimming pool interspersed between the classrooms, music and art blocks, and the boys’ and girls’ boarding houses.

The modern boarding education delivered by dedicated staff provides significant benefits for day and boarding pupils alike by ensuring an inspiring, action-packed experience that develops happy, confident children. The core boarding option, which comprises children living both locally and further afield in Scotland and northern England, is supported by a significant number of day pupils with many younger and local children choosing this option.

Belhaven retains an enviable academic record of sending well-prepared leavers to the leading senior schools in Scotland and England. Last year, as is invariably the case, all 24 boys and girls were accepted into their first-choice senior schools in Scotland and England, winning 11 scholarships and exhibitions in the process.  Belhaven is an educational charity and generous means-tested bursarial support is available on application.

Olly Langton graduated from Edinburgh University in 2004 with a First Class Honours degree in History, having previously been an all-round scholar at Radley College in Oxfordshire. In 2005 he started his teaching career at Ludgrove, one of the UK’s leading boarding prep schools and subsequently moved to teach at Radley, where he has been a Housemaster since 2013.

As well as teaching History, Olly has been fully involved in school life, coaching rugby and cricket at Under 14 level, directing plays and organising charity events. He is a keen sportsman himself, having played cricket at school and university; Olly has also qualified as an instructor for able-bodied and disabled skiers. 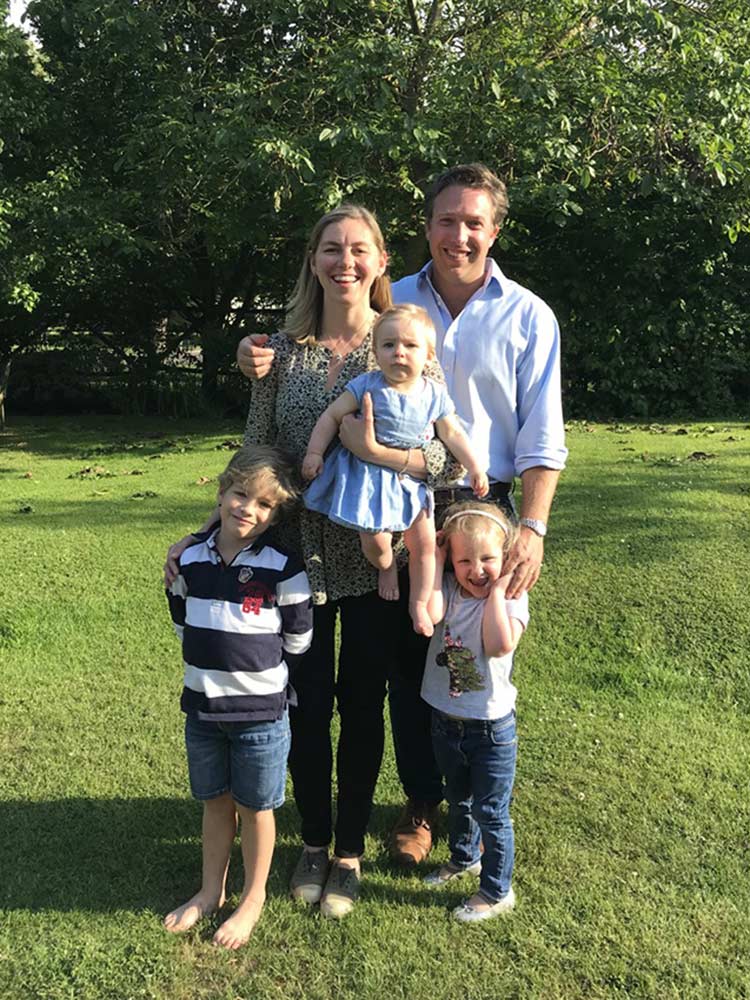 Olly will be moving to Belhaven with his wife Rosie, and their three young children, Alexander, Cleo and Lettie. Rosie has taught at St Edward’s, Oxford, St Paul’s Boys in London and at Radley, and is also a freelance graphic designer. She has been thoroughly immersed in community life at Radley and is looking forward to becoming involved at Belhaven.

Olly Langton adds: “I could not be happier than to be taking the reins at a top prep school. We will cherish the characteristics which make Belhaven such a unique institution, while developing the school in line with a changing world. We look forward very much to joining Belhaven and leading it towards its 100th year and the next phase of its distinguished history.”

Prospective parents and their children are invited to visit Belhaven at any time by appointment. Registration with the School will ensure invitations to School events and Open Days, including the next Open Morning & Hockey Festival on Saturday 14 March 2020.  In this regard, please contact Olivia Reynolds, Registrar and Development Officer, via E: admissions@belhavenhill.com or T: +44 (0)1368 862785