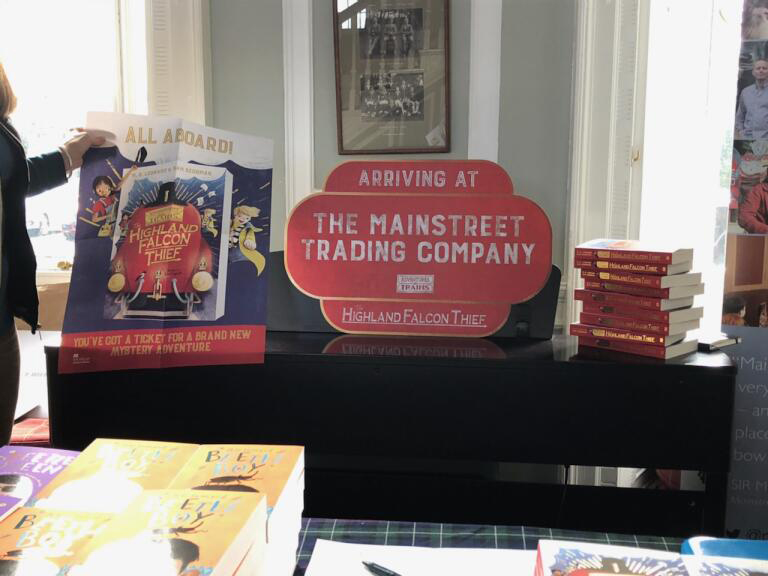 More than 150 East Lothian school children listened to bestselling and award-winning author Maya Leonard and her co-author Sam Sedgeman talk about their brand new book, ‘Adventures on Trains: The Highland Falcon Thief’, at Belhaven Hill School in Dunbar. Visitors from local schools Law Primary and Dunbar Primary joined boys and girls from Belhaven Hill, the leading boarding and day school for 7 to 13 year olds, and were enthralled by the authors’ stories. 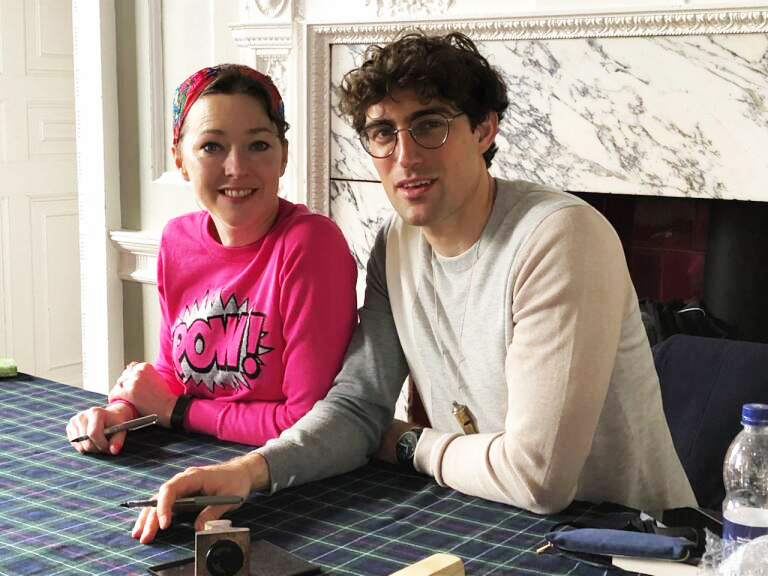 ‘The Highland Falcon Thief‘ is the first book in a major new children’s mystery series entitled ‘Adventures on Trains’.

Maya Leonard told the children that she had two sons who loved trains, but before she started writing the book with Sam, she had had no interest at all in trains.  She commented that it wasn’t just children who love trains, some grown-ups do too! 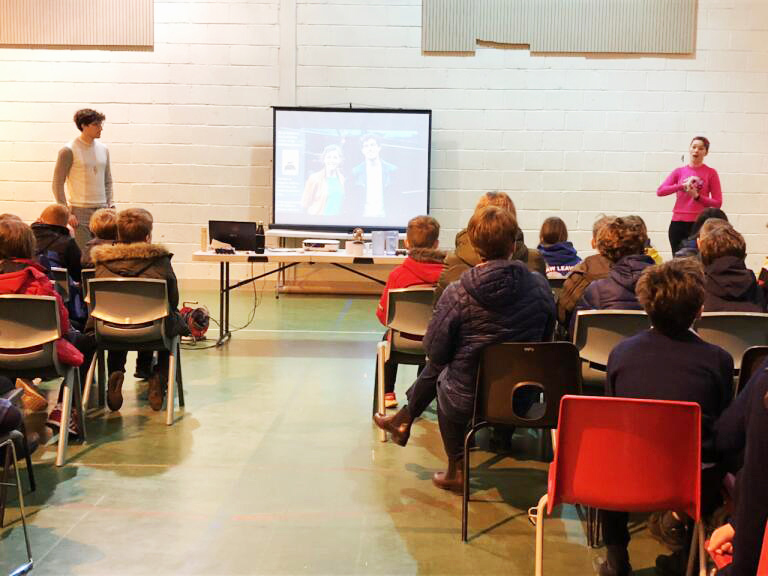 Sam on the other hand told the gathering that as a child he would run down to the end of the garden just to see a train passing and that he had actually driven a steam train.

The authors asked the boys and girls the names of famous detectives, and answers included Hercule Poirot, Mrs Marple and, of course, Arthur Conan Doyle’s Sherlock Holmes and his sidekick Doctor Watson.  They elaborated on the benefit of writing an adventure story, based on a moving train.  They called it a ‘closed system’ in literary terms: “No one can get off and no one can escape!” explained Sam.

When the authors first decided to write a series of four books, they agreed that some significant research into steam trains would be important.  Maya began to find the subject matter more and more interesting, she told the children, especially when they visited the National Railway Museum and saw the royal carriages used by Queen Victoria.

Towards the end of the talk, a section of the book was read aloud to the enthralled audience; just enough to give them a taste, but it certainly left them hungry for more.  Maya and Sam preceded this with a predictable question, “Who is the thief who stole the jewel?”  Clearly, the children were all captivated by this stage!  Maya and Sam also demonstrated how the clues found in the illustrations could be used to solve the mystery.

Readers will hear whispers in the dining car, find notes in the library and uncover unknown passengers hiding among the luggage. The Highland Falcon Thief is a fast-paced adventure story, packed will illustrations, puzzles and clues for readers to help solve the mystery themselves.  Each of the four books in this series is based on a real train or route, from the historic to the ultra-modern, to create a classic-feeling mystery adventure series for thrill-seekers, code breakers, travel enthusiasts and train lovers. 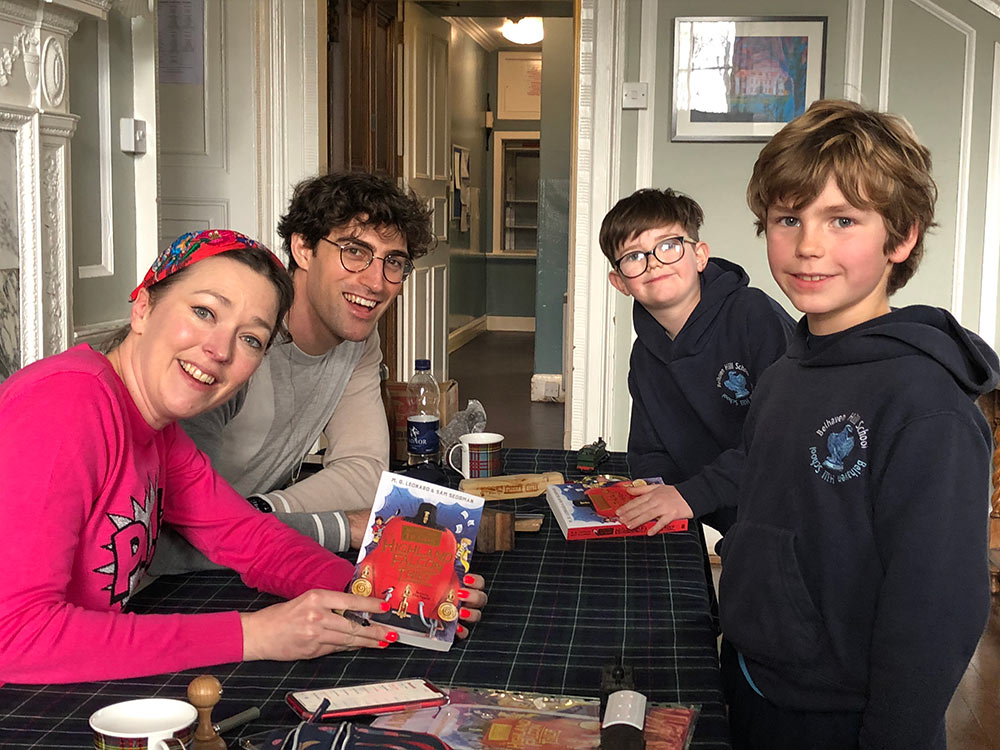