Author and performer, Christopher Lloyd, has just visited the School to talk to the children and three other local Primary Schools about his books, Absolutely Everything and Humanimal: Incredible Ways Animals Are Just Like Us! 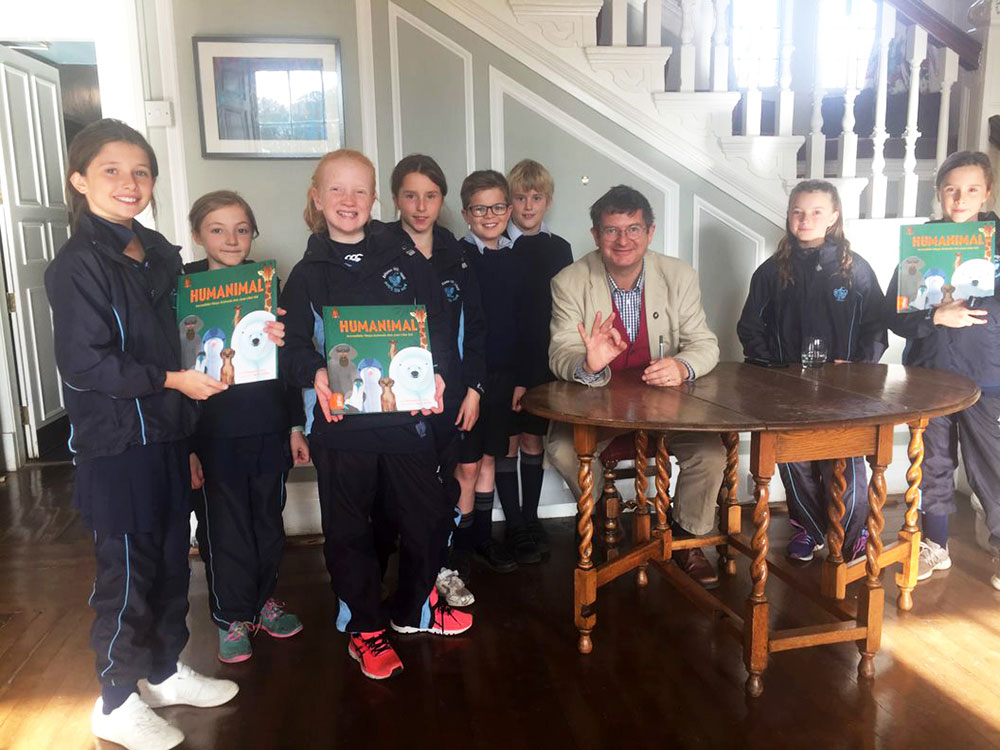 Mr Knight, enthusiastically introduced the speaker to pupils from Dirleton Primary School, The Law Primary School, the Compass School as well as our own pupils.  He explained to the children that he had met ‘Chris’ twice before at his previous school in England.

“Schools like to chop knowledge up into pieces, but all knowledge connects together!” said Christopher Lloyd as he started talking to the children.  He told the audience that his book Absolutely Everything was a non-fiction book about everything from the beginning of time to the present day.  The children sat enthralled as he described the contents page, which was like a map including various events from the beginning of time up until a time when one side of the world tried to tell the other side what to do and then how one side of the world fought against everyone else.

Chris asked the children questions and was able to elicit that there would be a big rise in sea level if what the scientists say about climate change is true.  He then suggested that they imagine the image of the tower of Big Ben as one of the buildings appearing above the water level in London!  Chris intimated that chickens are similar to dinosaurs and he held up an apple while he told them that Isaac Newton had seen an apple fall from a tree, and so had understood gravity and developed the theory of relativity.

Belhaven Hill was particularly honoured that this was the first time Christopher Lloyd had talked to an audience about his new book Humanimal: Incredible Ways Animals Are Just Like Us!  Chris explained that in the book that he wanted the reader to think about the question, “Are humans really the cleverest species on Earth?”  He asked the children if they thought humans were clever.

He then proceeded to use his ‘story telling coat’ with coloured pockets as a way of introducing the idea that animals are just as clever as humans!  He said that in the book there were three different themes; humans as social animals, the fact they have feelings including love and jealousy, and that they have a level of intelligence that has enabled them to transform the world beyond recognition.  You could almost hear a pin drop as he asked the children to consider whether this intelligence had all been good.

He continued by alluding to clever slime, giraffes and cats displaying anger, a llama spitting at a small boy and animals being able to recognise themselves in a mirror!  Towards the end of his talk Chris demonstrated a few examples of animals having fun and he suggested that some think animals are on earth for a purpose.  He showed them a video clip of a crow deliberately sliding down a snowy roof!

Having been so brilliantly entertained for more than an hour the children were given the opportunity to ask questions and talk informally to Christopher as he signed copies of their books in the School Front Hall.  Juice and biscuits were served, before the visiting groups departed and Belhaven children returned to lessons.  In recognition of everyone’s appreciation of the event, Henry Knight pointed out that the amazing experience of listening to Christopher Lloyd had been even more important than the morning lessons they had all missed! 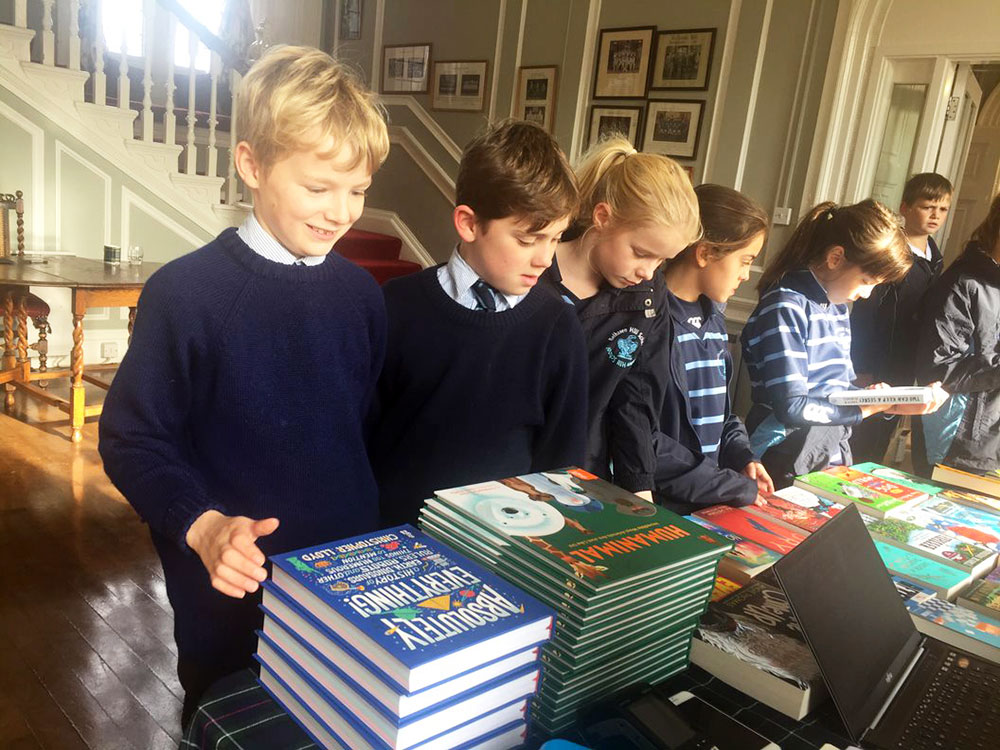