Monologues: Keeping Drama on the Curriculum

Monologues: Keeping Drama on the Curriculum

Belhaven Children Perform Monologues to Keep Drama on the Curriculum

Mrs Anna McGrath, who recently joined Belhaven Hill School as the Girls’ Housemistress and also teaches Drama, decided that creating monologues would allow the children to continue doing drama despite the restrictions of the pandemic last November.

Having trained as an actress at the Royal Conservatoire of Scotland, Mrs McGrath was formerly Head of Drama at another Scottish prep school and earlier at Hartland International School in Dubai. 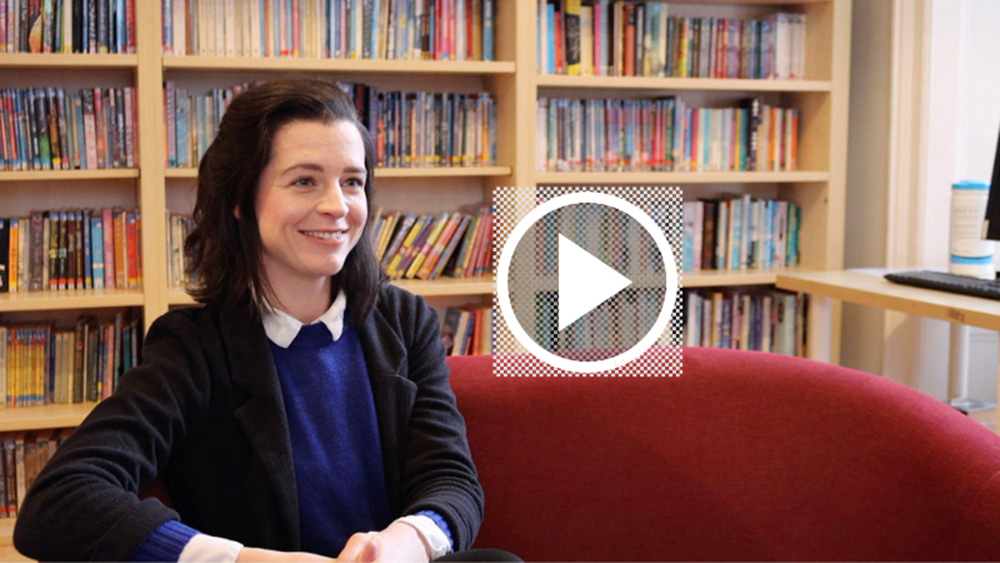 Why did you decide to create monologues?

“We didn't want to deprive the children of a performance experience. So, rather than cancelling the traditional play for our 9-to-10-year-olds*, the Headmaster and I decided that we should create a new experience for them; so, we chose monologues because they’re a singular exercise but you come together to perform as a group.

“Having taught for LAMDA previously and witnessed the benefits of solo performances, I thought it would be a great idea for each child to have their own moment in the spotlight.

“We wanted to give the children a performance experience within the constraints imposed by the pandemic. This has thrown up creatives challenges, but some of those have been beneficial as they have encouraged us to create new experiences and developments.”

What were the themes for the monologues?

“Amongst the 9-year-olds, we had 18 students performing . The theme was Roald Dahl monologues, which meant that we had a rich plethora of famous characters, from ‘Charlie and the Chocolate Factory’ through to ‘Matilda’.

“For the 10-year-olds, we had 21 students performing a mixture of contemporary and classical monologues.

Filming, editing and images were undertaken by Dunbar based photographer/videographer Fraser Stewart:  http://fraserstewartphotography.co.uk/

“I tried to pick monologues that the boys and girls would both enjoy and be challenged by. These ranged from CS Lewis classics, to a boy talking about hating broccoli!”

How well did the children rise to the challenge?

“They rose to the challenge magnificently. The important, initial hurdle was to learn the lines so that they could begin the process of developing character, voice and movement. They needed to learn how to inhabit a character for the duration of the scene. Each child has a single, individual experience.

“The boys and girls enjoyed doing them and were great supports to one another during rehearsals. Their peers gave vital audience feedback by offering ‘what went well?’ and ‘even better if…’ suggestions. It was helpful, specific feedback.

“Had we produced a traditional play, some of the children may only have had a chorus part. The advantage of monologues was that they provided a focus on the individual which gave every child the opportunity to develop their core acting skills. Each boy and girl played a part with a monologue which was really valuable.”

What do you learn from delivering a monologue?

“Performing a monologue teaches a child to project their voice with good clarity, articulation and diction. It helps develop public speaking skills and the ability to change their vocal tone for effect.

“Doing drama is so important in so many different ways. Knowing how to project your voice. Learning to force yourself to slow down your voice if you’re nervous.

“Drama skills are immensely useful, and are most certainly transferable into many challenging areas of communication, learning to hold your own in a room full of people, debating, public speaking, job interviews... Even putting up your hand to ask questions in class. You don’t find this in any other subject.

“Drama builds children’s confidence and provides excellent preparation for senior school interviews which these pupils will have in 2 or 3 years. It helps prepare them for their next schools.”

How important is drama within the all-round education provided by the Belhaven curriculum?

“Drama plays a key part in the all-round education offered by Belhaven, complementing the school’s academics, sports, art, music and other activities.

“They take part in Spoken English, have roles in plays and do drama sharings throughout the academic year so there are lots of inspiring opportunities, including smaller stages to perform on.”

You can watch a video of Mrs McGrath being interviewed by Belhaven Hill School’s headmaster, Mr Olly Langton, here.

Videos of the Form 4's monologues can be seen here.

Videos of the Form 3's monologues can be seen here.