There are now 10 pipers, (led by our Pipe Sergeant and Pipe Corporal), and 8 drummers (similarly lead by our Drum Sergeant and Drum Corporal).  Band members who are considered as future leaders and have mastered all the band repertoire are awarded Lance Coporal status. We have also appointed a Pupil Pipe Major, so the band can be pupil-led at performances.

In addition, there are many other pupils in our Training Band, (of Chanters Group and the Corp of Drums) working hard to become a member of the Pipe Band. Over a third of all the pupils at Belhaven are members of either the Training Band or the Pipe Band. 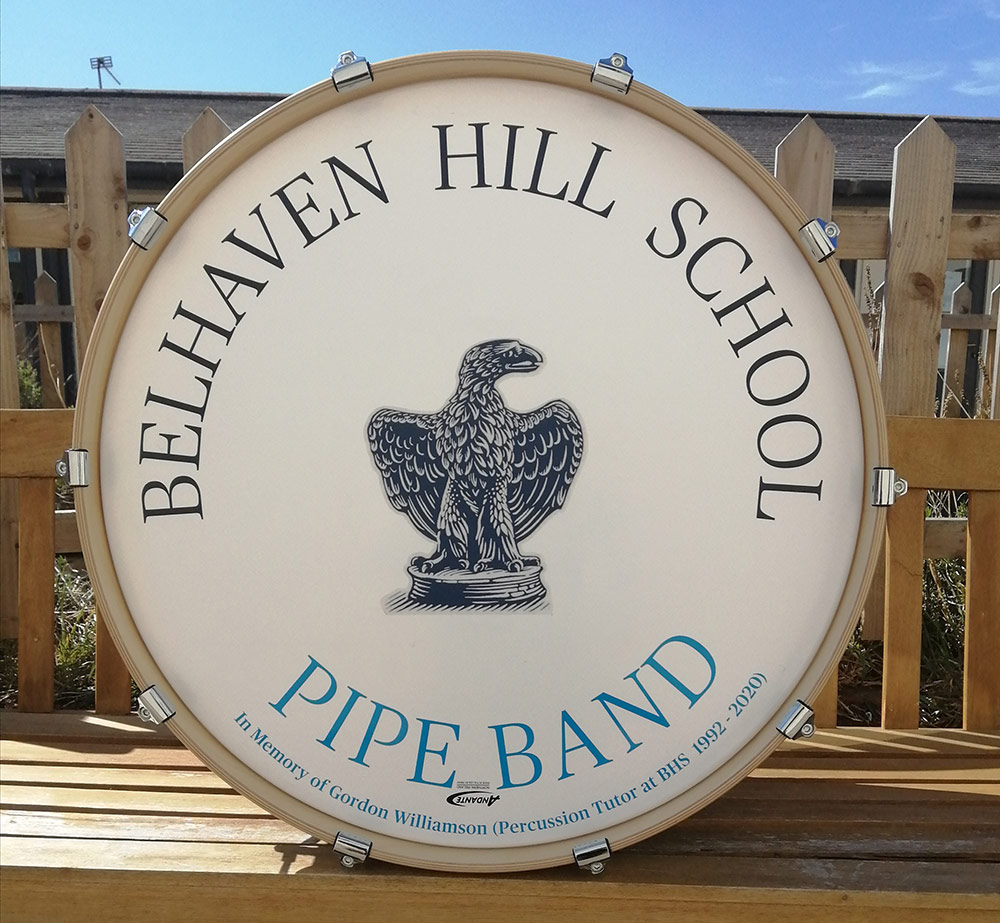 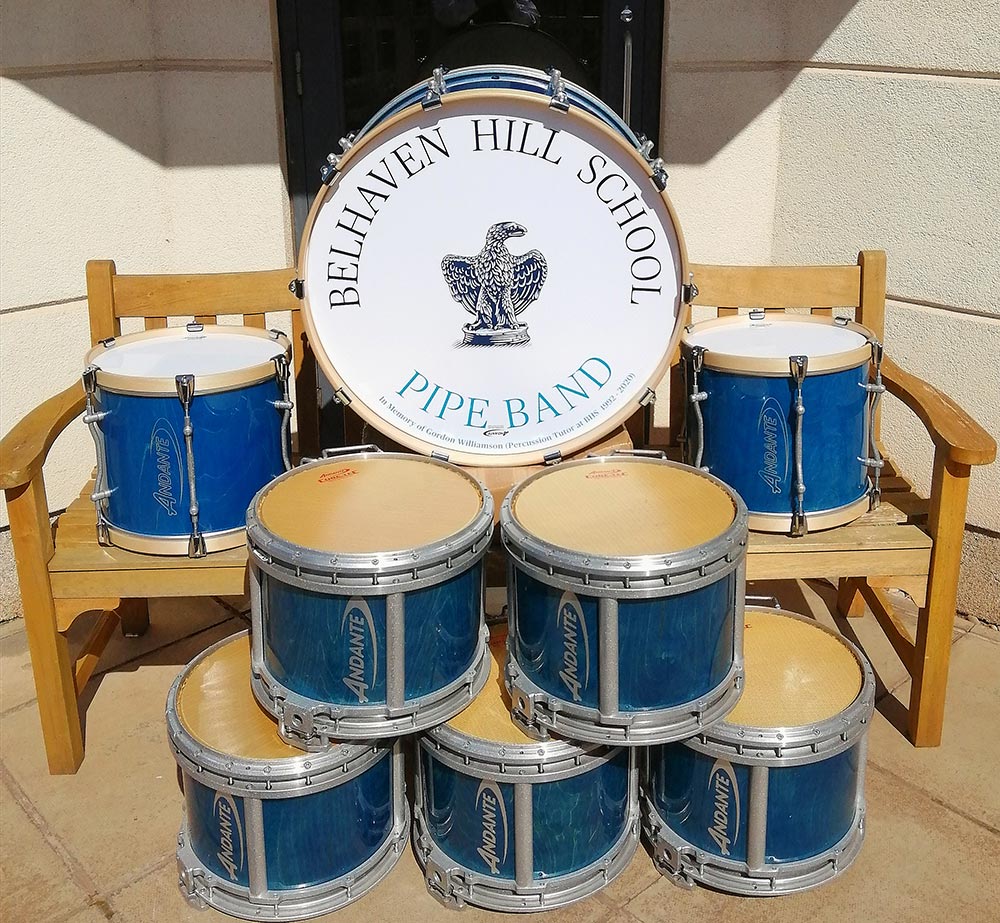 We invested in the band during the Spring of 2021, with the purchase of two new tenor drums and a 'school named' bass drum.  All Pipe Band members have their new pipe band sleeveless jumpers, now complete with their 'band rank' badges (Member, Lance Corporal, Corporal, Sergeant, and Major).

The band has made public performances in Dunbar and at a Care Home gardens in Haddington (see our video below) and in Edinburgh. They also perform at Sports Day and at all School Concerts. A solo piper and drummer begin our weekly Friday Assemblies and our Sunday Services. At our public church services the band play outside the church at the end.  A continental tour is planned for the Pipe Band in 2022.