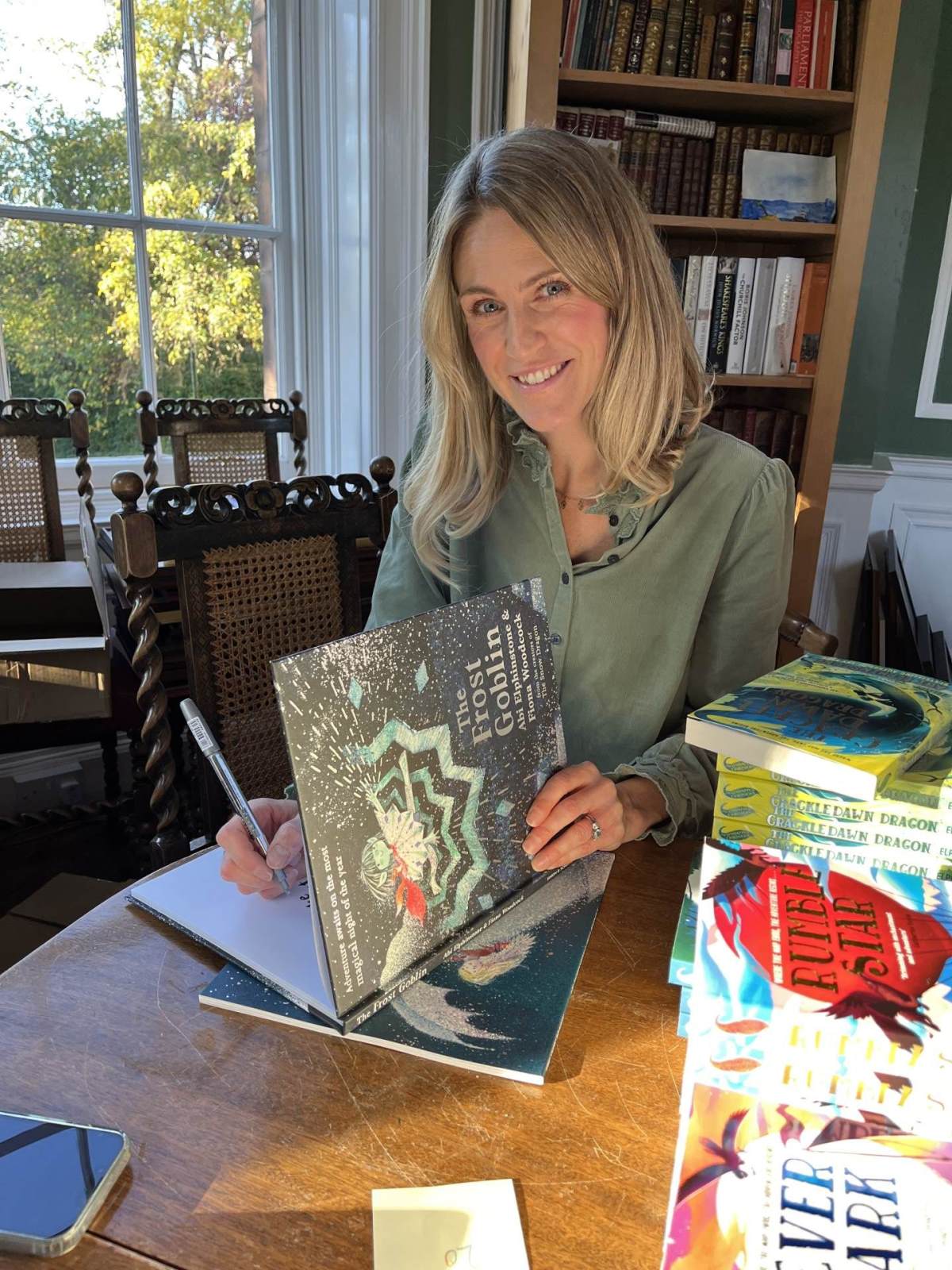 On 28th October, best-selling and multi-award shortlisted children’s author Abi Elphinstone visited Belhaven Hill School in East Lothian to give an inspiring talk. An audience of Belhaven’s youngest pupils aged 5 to 8 from its Pre-Prep, their parents and local families and friends were honoured to hear the first ever public reading of her new book, ‘The Frost Goblin’.

Abi Elphinstone is also the author of The Dreamsnatcher, The Shadow Keeper and The Night Spinner. Her 2018 book Sky Song was shortlisted for the Independent Bookshop Week Book Award, the Sainsbury Children’s Book Award for Fiction, longlisted for the Blue Peter Book Award and nominated for the Carnegie Medal. The Times praised Abi as ‘a worthy successor to CS Lewis’.

The Frost Goblin, Abi’s new book for 4 to 8 year olds, tells the thrilling story of a quiet young boy who feels that he doesn’t belong in his loud family. By being a good listener, however, he discovers a magical world and a family of goblins. An adventure across the rooftops in the dead of night and the discovery of the power to bring hope to those that have lost it, enables him to discover that perhaps he has more to offer than he first thought.

“Abi explained how she writes these magical stories,” says Olly Langton, Headmaster of Belhaven Hill School. “She told us about how her own dyslexia, her dreams for the future and her love of snow have helped her produce some of her favourite stories.”

So, how does she do it? Well, Abi let her audience into a secret. Eggboxes and “random-stuff-from-the-house” is the answer. To inspire ideas, Abi got the children to hold up everyday objects (a spoon; a pair of glasses; a stick) and ask “What if…?”. For example, “What if eating from this spoon allowed you to burp the alphabet backwards”.

These ideas were written on a small strand of paper and added to an eggbox or ‘ideas collector’. Abi encouraged the children to add their ideas or observations – a funny name, an interesting storyline, a character – to these boxes.

Howls of laughter greeted each and every one of the suggestions as the audience’s preconceptions were turned on their heads in a brilliant display of confident creativity. The encouragement to think outside of the box, literally in this case, was as infectious as it was inspirational. 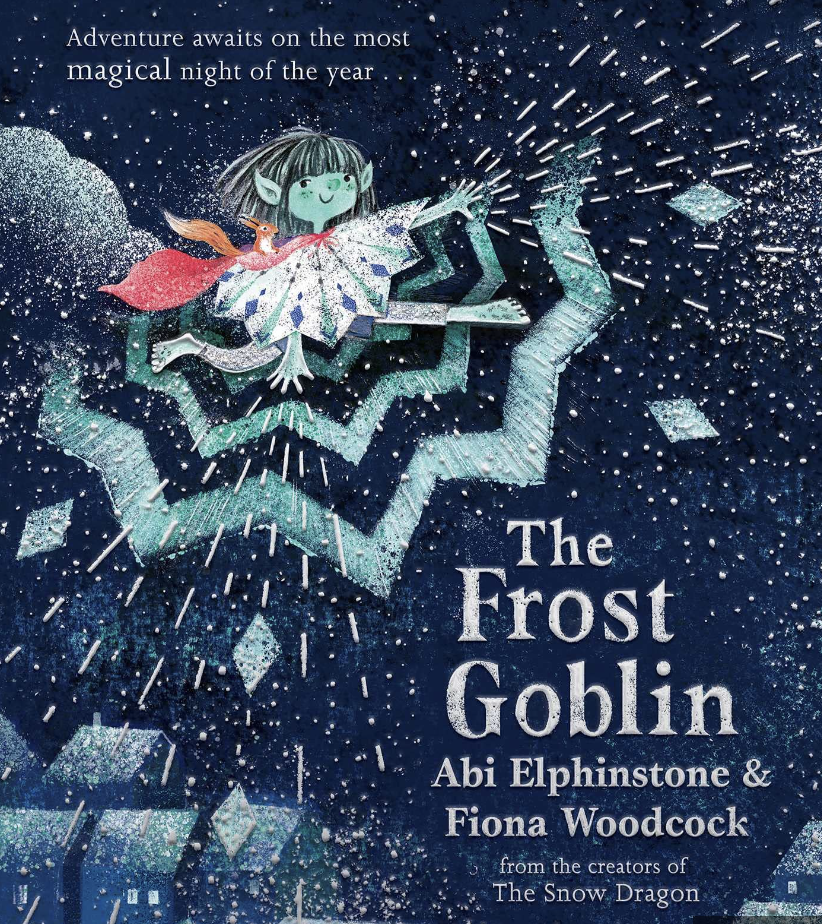 After 45 minutes that seemed to fly by, Abi signed some copies of her latest book and many of the children left clutching a copy of ‘The Frost Goblin’ and, less tangibly but more importantly, the ability to create wonderful stories of their own.