The Under 11A and B teams piled onto the coach to Strathallan with great enthusiasm and wolfed down a delicious Belhaven packed lunch as we headed north. Driving rain did not deter us, but did mean that we were confronted with a very damp wicket when we reached our destination at 2.20pm. Softball it was, and we won the toss and elected to bat. Johnny F and Tom W opened up and ran well between the wickets, a very positive feature of the whole of our innings. Johnny started to play some excellent shots, including three beautifully timed cover drives. Johnny needs to work on his calling, but the general rule that we have adopted is that there is a run available on almost every occasion that the ball is struck as long as both batsmen are alert and the non-striker is backing up – we continually put the fielders under pressure and this is a great way to build up a good score. However, it is equally crucial to hit bad balls for four, and we weren’t quite ruthless enough in this area. Another good cameo from Charlie C, scoring his 10 from just 8 balls, helped us to nudge our score over the 100 mark, but losing Johnny for a well-made 30 in the 17th over created a crucial dip in our scoring rate and we finished on 109-7 from our 20 overs – respectable but not invincible. 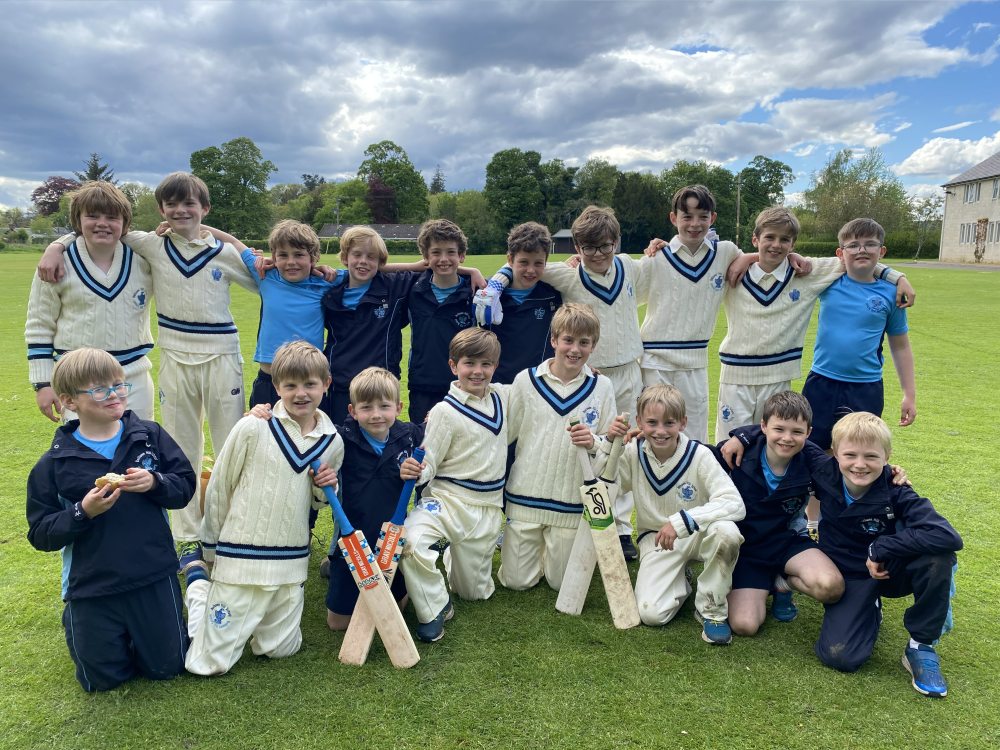 It quickly became clear that we didn’t have nearly enough! Unfortunately, we actually bowled rather too straight – we only bowled 6 wides in their entire innings – and a soft ball on a damp wicket sits up rather invitingly when you bowl a good line and length. Strathallan’s batsmen were big, strong and not afraid of giving it a biff over mid wicket, which they duly did on a regular basis. Everyone had a bowl and Jamie C, Alfie B and the French Destroyer bowled particularly well – Fin took an excellent catch to dismiss their star batsman and Beetle kept wicket tidily. Harry Br bowled his best overs so far and everyone fielded with intent, if increasingly from a distance from the wicket! What we lacked was the ability to react to the situation in order to create a wicket, but you can only learn this from experiencing these tense situations! The boys are learning quickly and as long as they stay positive and keep enjoying the opportunities to test themselves then that will continue to be the case. Next week we need to work on hitting bad balls for four (fun) and playing balls through the offside (difficult). It would be great if the boys could watch some cricket on television as well – please do encourage them to follow a team and watch how the professionals react to situations as they develop.