What a good match to umpire and take part in.  Conducted in exceptionally good spirit, both teams performed well and Belhaven came out as deserving winners.  The visitors chose to bat first and in their sixth over Belhaven forced a run-out through quick thinking from Tom.  Two overs later Eck got in on the act and then in the ninth repeated the trick as we held Merchiston to 31 halfway through their innings.  Ivan bowled a peach to claim a clean wicket as did Laurie, which this cameraman was lucky enough to catch on film, and eventually Merchiston ended up on 67 for 6 after their innings.

In response Belhaven scored solidly and steadily with few moments to worry the heart into a flutter.  Charlie, batting with Harry was clean bowled twice as they put on fifteen from their four overs before Ivan and Laurie added a further 26, Ivan being stumped once.  Tom and Rafe put on the most runs in 43 in their overs, however, Rafe the solitary victim, being caught well once.  Tom’s communication with his partner was excellent.  Eck and Blake scored a pleasing 19 with no wickets lost and Alexander and William added 26 for no loss, the latter top-scoring for the team with 11 runs.  In the final reckoning Belhaven ended up on 114 for 4, a good win. 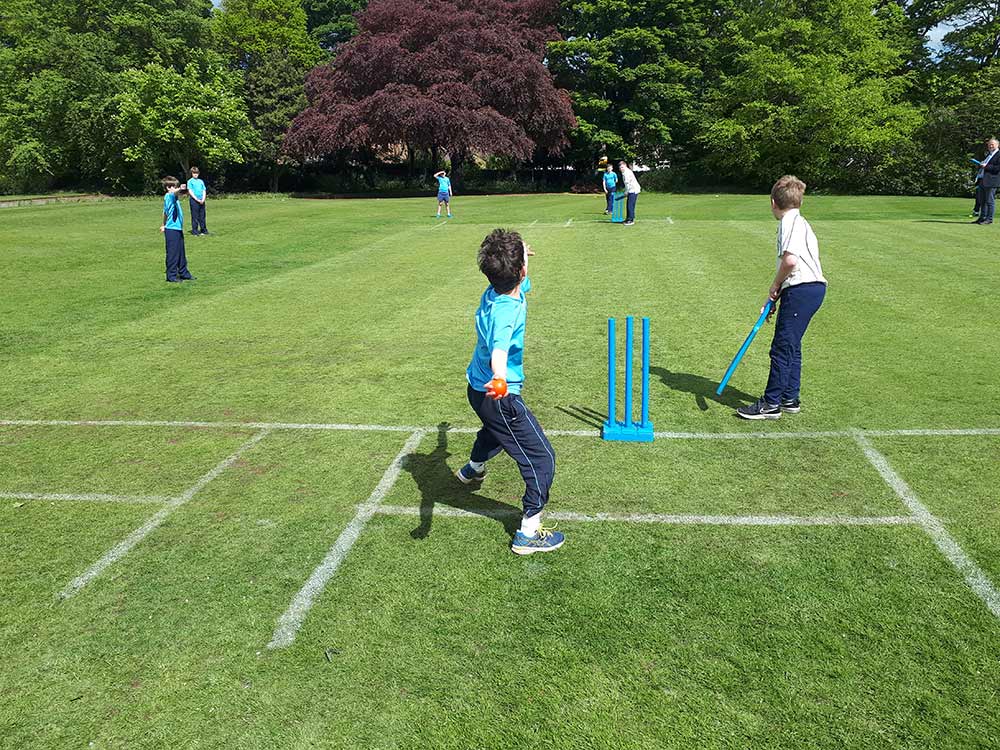 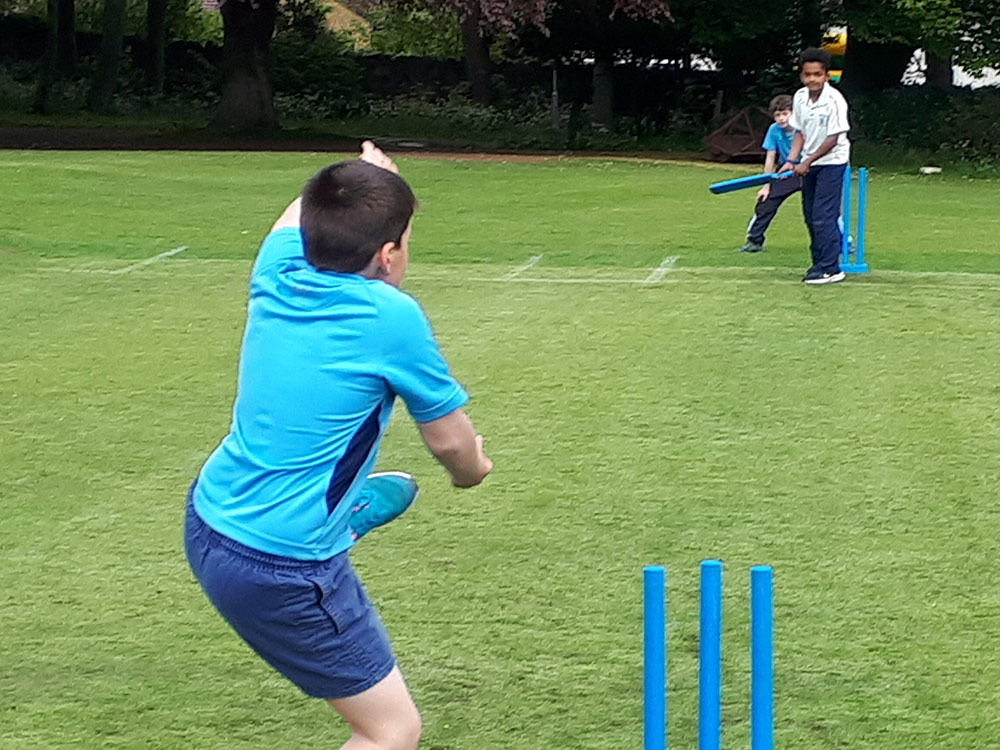 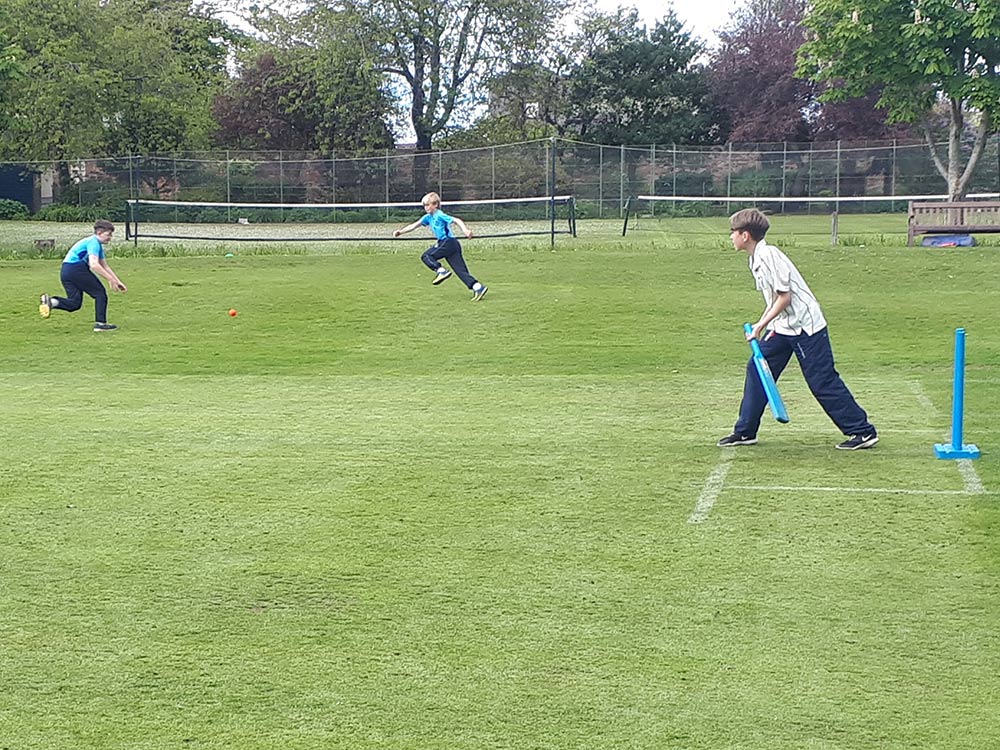 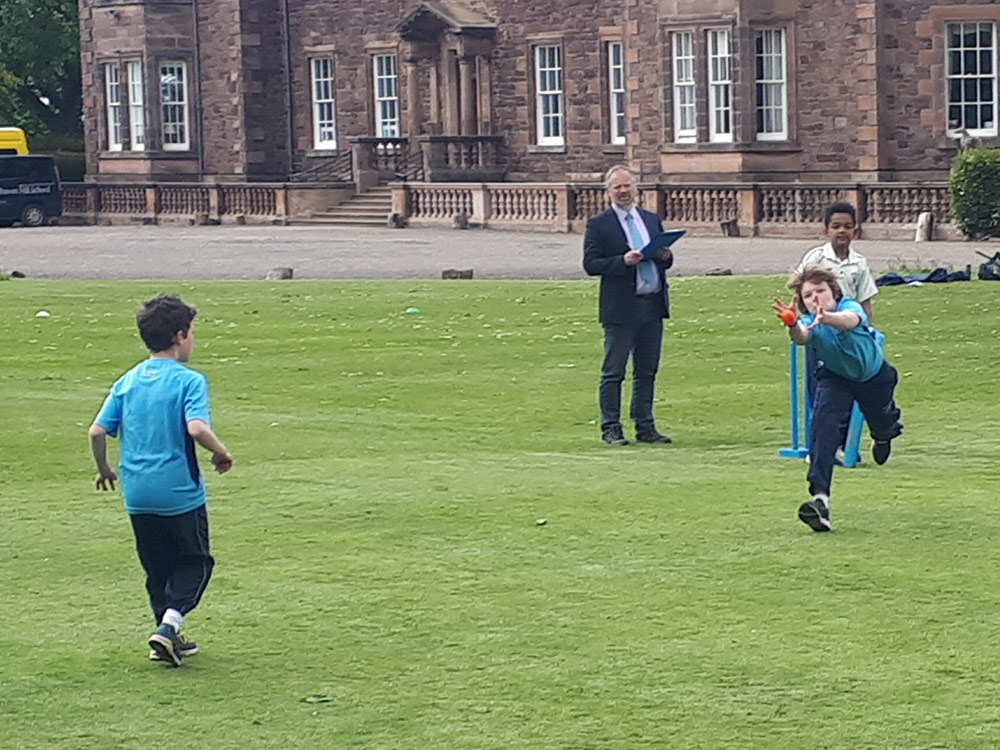 A note of thanks also goes to Sam and Alexander GC for stepping up to help Merchiston who needed the loan of two players to make up the numbers today.  Sam in fact bowled the only maiden over of the day, against his classmate Blake!

Man of the Match: Tom.