After a season’s enforced absence due to Covid, the U9 cricket team were back and raring to go this summer.  We were a nice big band of boys this year with lots of enthusiasm for the game and some beautiful Belhaven weather to match. 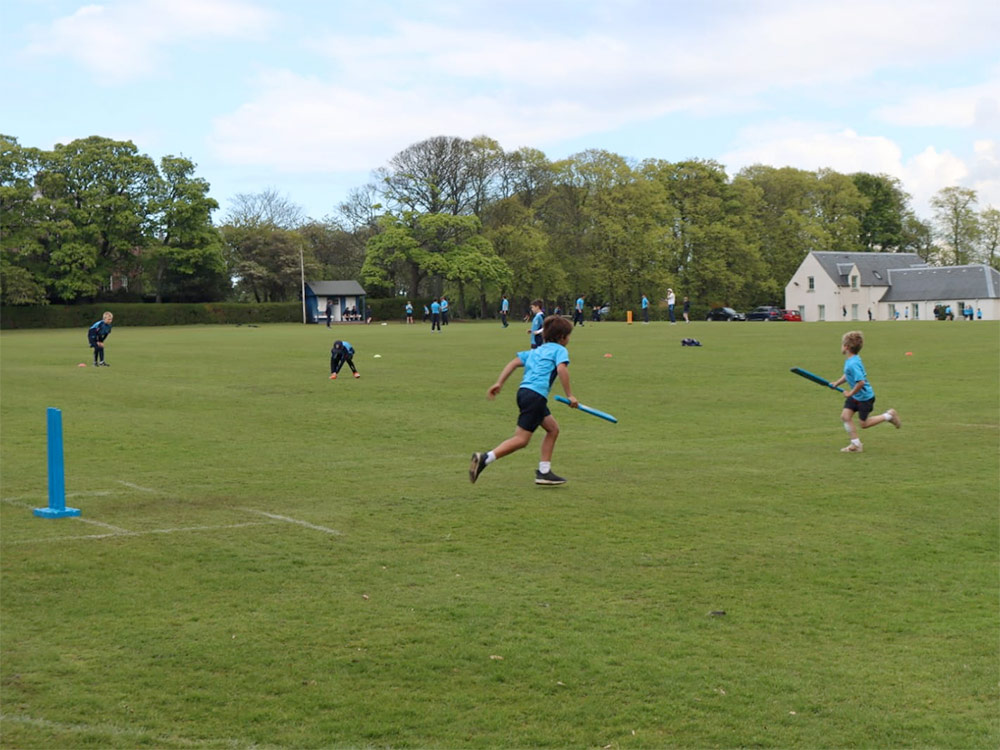 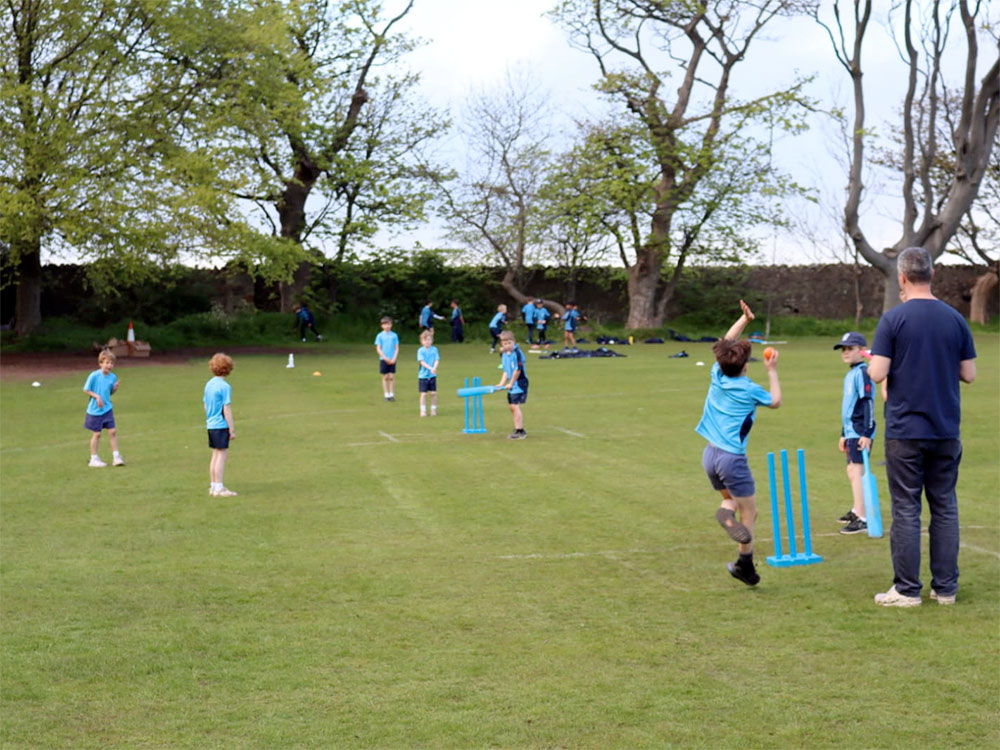 With the bit between our teeth we went into our first match against Merchiston in confident style and were rewarded with a handsome victory.  Winning the toss and putting the visitors in to bat Xander took a wicket first ball of the new season.  Run-outs in the second and fourth overs from Hector and Rollo set the tone for the game from our point of view.  Noah took a clean wicket, as did Fergus and there was a final run-out near the end from Harry.  We would have taken more wickets but for Harry fluffing an easy catch because, in his own words, “I missed it because there was a bee on my head”.  Such problems, alas, afflict cricketers.  In our batting innings Hector and Hamish each scored 10 runs, Fergus and Rollo both 8 while the rest of players chipped in nicely. 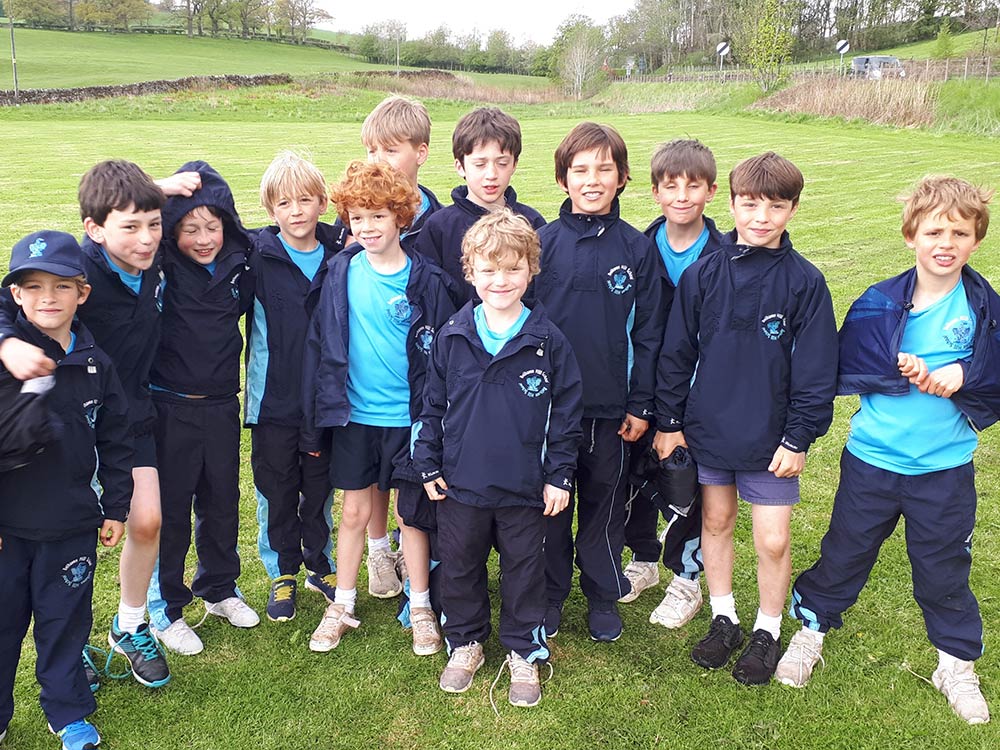 Next up was a hugely frustrating tight loss away to Ardvreck.  High hopes were swiftly measured after the first over when Hamish was hit for a whopping 19 runs.  Thankfully, beyond this opening pairing we soon got to grips with the Ardvreck batting pairs and took four wickets for the loss of just 14 further runs.  Fergus and Xander both took great caught and bowled wickets and Noah and Hector clean-bowled their victims.  This left Belhaven the very manageable target of a mere 33 to draw with the rest of our attack fairly parsimonious.  Our innings, however, was a show of promise and poor communication.  We lost two wickets in the first two overs and were on the back foot for the rest of the innings.  Only at the end of the fourth over did we get the score back to ‘0’, Bertie being run out and hitting his own wicket and Noah being clean bowled.  Rollo was subsequently stumped and both Jack and Harry run out.  Four of these six wickets came about as a result of one partner not communicating clearly with a clear shout whether to run or not and as such too often indecision and panic left two batsmen stranded in no-man’s land in the middle of the crease.

Thankfully, we had Hector still to bat and in the first of his two overs he managed to hit 14 runs and then in the last over suddenly we were on.  Three balls left, four to win.  Alas, with three still needed off the last ball, Fergus was clean bowled and that, as they say, was that.

Our third and final match of this Covid-stricken season was a joint a and b fixture away to St. Mary’s sadly, as against Ardvreck, we came up marginally short in another close match. 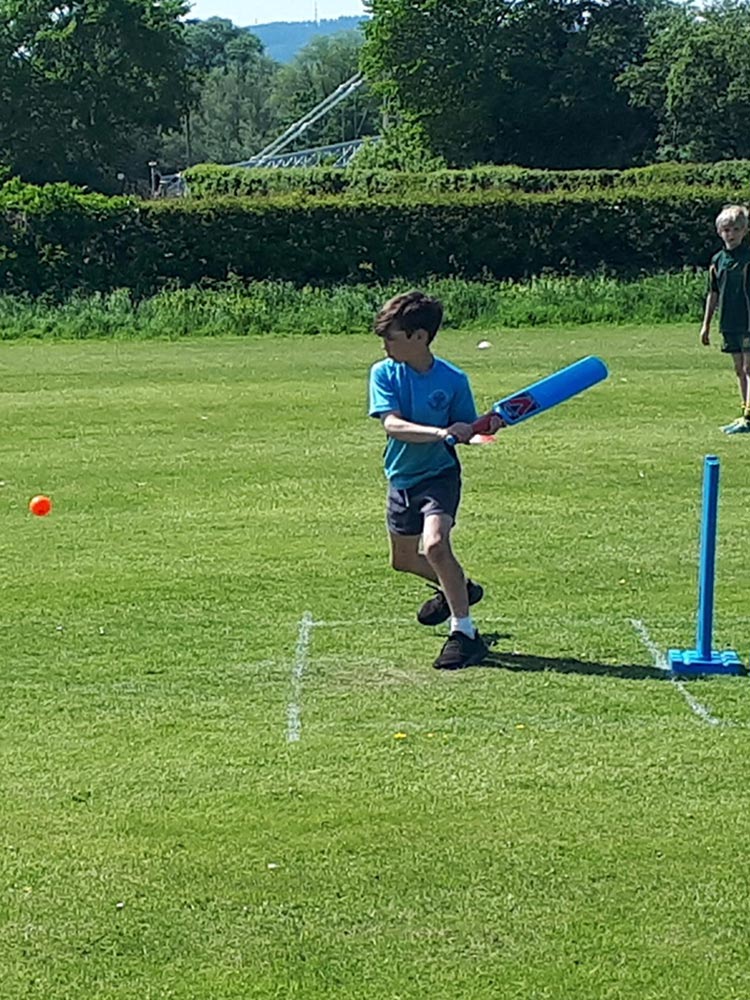 Our last ‘a’ match of the season showed 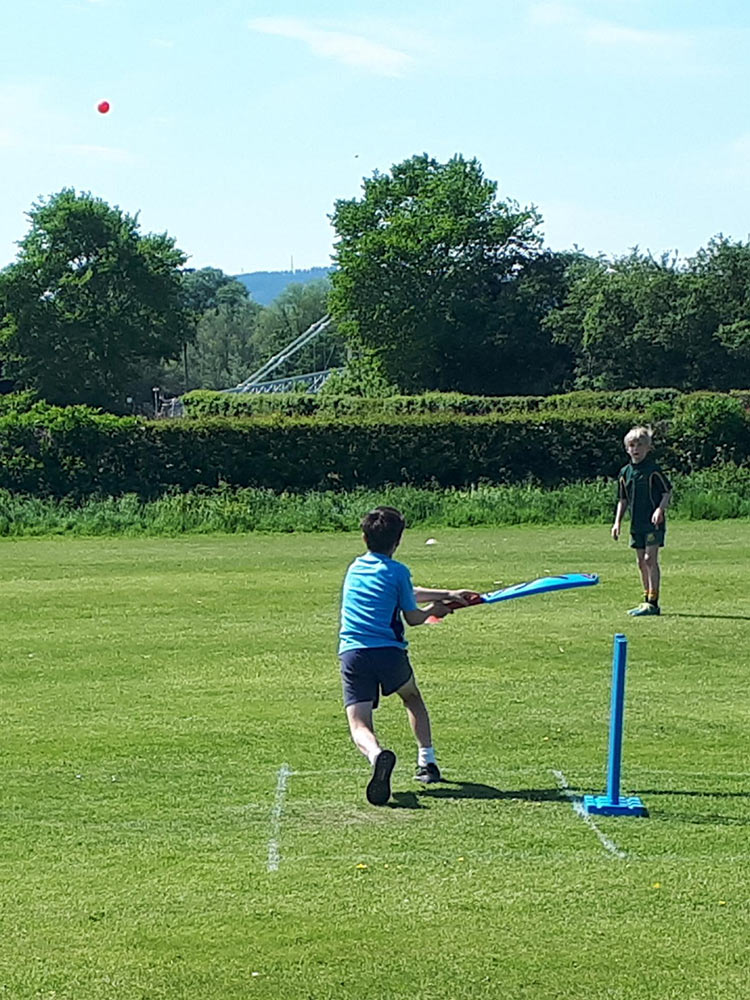 both how far we have come and also how far there is yet to go.  Opting to bat first Rollo and Hamish ticked along reasonably, putting on 20 for no loss before Harry and Xander added a further 17, Xander getting himself run out once.  In Bertie and Olly’s innings Bertie also fell in the same way and Olly knocked the ball onto his own stumps to add just 2 runs before Archie and Hector put on a healthy 26, Hector scoring three fours but also getting caught and bowled.

It was a lowish score but on a windy day and a fairly long wicket I was hopeful that we’d be in with a fighting chance as we’d only ‘given away’ two silly run-outs through poor communication, which had been one of our main targets coming in to the match.  In the St. Mary’s innings, however, we were simply not sharp enough.  Our bowling was wayward – too many wides, and the technique of this is something we are going to need to work on for the rest of this term.  Also our fielding showed a lack of focus, technique and bravery, unusual for us as in practice we are usually excellent when practising fielding.  Nonetheless Hector took a catch and also a caught and bowled and forced a run out while Xander took a wicket clean bowled.  Sadly too often we missed a catchable chance or misfielded and these errors mounted up.

In the ‘b’ match we risked too many runs between the wickets (one pair getting run out three times!).

Summary
Overall, after three close matches, a mixed bag of good progress but with the slight nag of missed potential.  Our stroke selection when batting has been reasonable this year and our fielding generally solid but there are two things we need to make sure we take forward into next year; firstly our communication between the wickets when batting has cost us many wickets and indeed, some matches.  We must talk more to our partners and make sensible decisions to run rather than blindly continuing looking for runs too long.  Secondly, we need to concentrate on our action when bowling; in particular to keep our bowling arm and head straight up, brushing past our ear as we release the ball and not approaching the crease with our chests straight on.

So well done to all boys on this enjoyable summer back playing cricket.  You can go on to do well next year.

Player of the Season: the outstanding Hector J for taking most wickets, catches and run-outs and scoring the most runs with the bat. 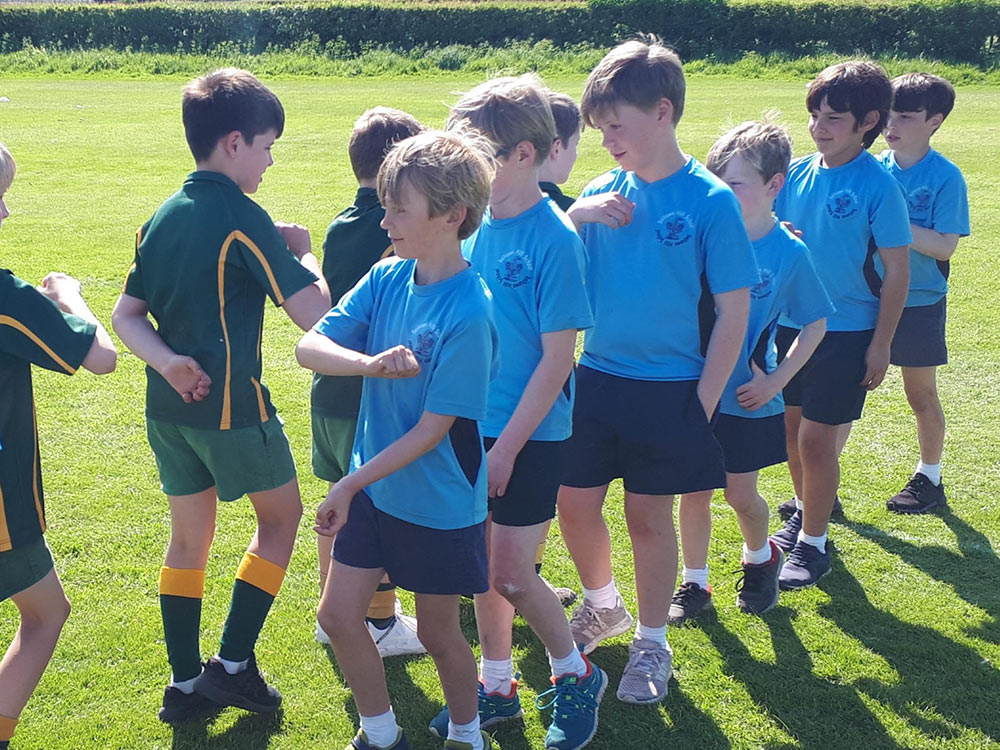