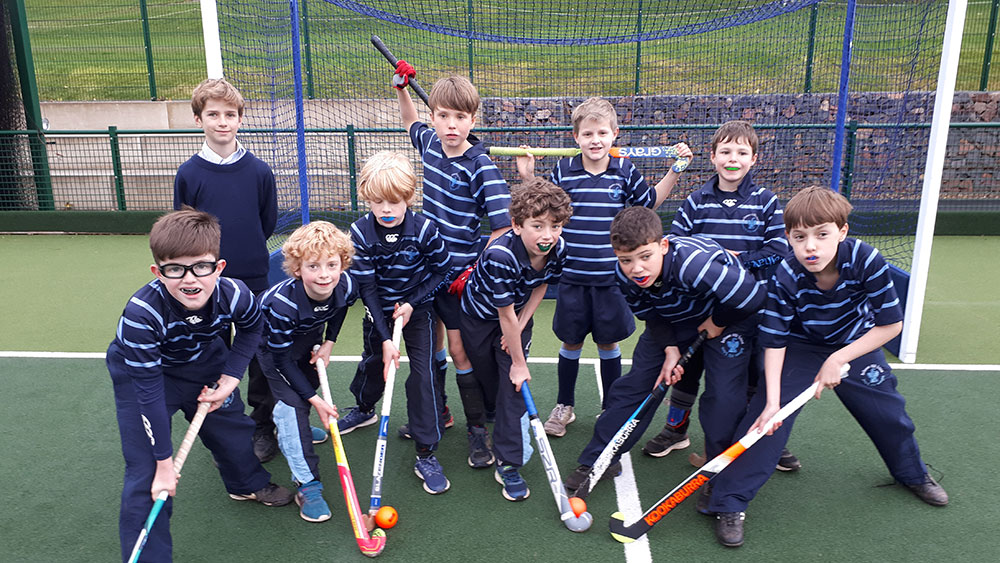 As we departed Belhaven Hill I could hear the team striking up a few songs behind the masks making it a muffled singing sound which was that of several enthusiastic young men wanting to get out of school and have a little bit of fun and play a hockey match. We quickly made our way to Merchiston Castle School although amongst a couple of voices I did hear “are we there yet?” We drove around to the back of Merchiston Castle School and made our way to the hockey pitches where we were greeted by the opposition team and coach.

The match got off to a quick start with lots of interactions between both sides hitting the ball into spaces and then the ball being returned - a little bit more like tennis to start off with. However, the Belhaven boys started to pass and link together a few different moves. An exciting first half ended in a goalless a draw.

The second-half started in the same manner where it was almost like the two teams were working each other out. The Belhaven boys managed to string together more passes which was a positive sight but, despite this, the Merchiston team managed to score 3 goals as they developed through the match.

Although we lost 0 - 3, the boys should be en encouraged by the way in which they got stuck into the game and started to develop different plays. Areas of development to improve are passing to their own players and looking to take the ball on themselves where appropriate.