The boys put previous results aside to record their first victory of the season. With a near full strength squad, perfect conditions and a freshly cut surface, the boys approached the game with no excuses. Captain for the day, Henry, led brilliantly from the start ensuring all boys knew their roles. Following numerous phases of play and despite a stoic effort from the Belhaven defence, Fettes scored the first try of the match. Belhaven, however, did not let this upset them and quickly responded with two tries of their own – one for Harry and one for Fin. The lead was extended before half time following a dazzling, mazy run from Campbell, who scored his first try for the school. One more from Harry meant the lead extended to a healthy margin.

After the restart the boys were caught napping and a quick Fettes break led to an early try; 4 - 2 the score. However, from there it was an impressive display of defensive discipline, particularly from Laurie, Harry and Tom and attacking flair as Cosmo and Carlos mesmerised opposition with quick feet and smart distribution. One more try for Fin and two more from Harry put the result out of sight. It could have been even more comfortable if it weren’t for an unfortunate knock-on that would have led to a deserved try for Walter, but it wasn’t to be. 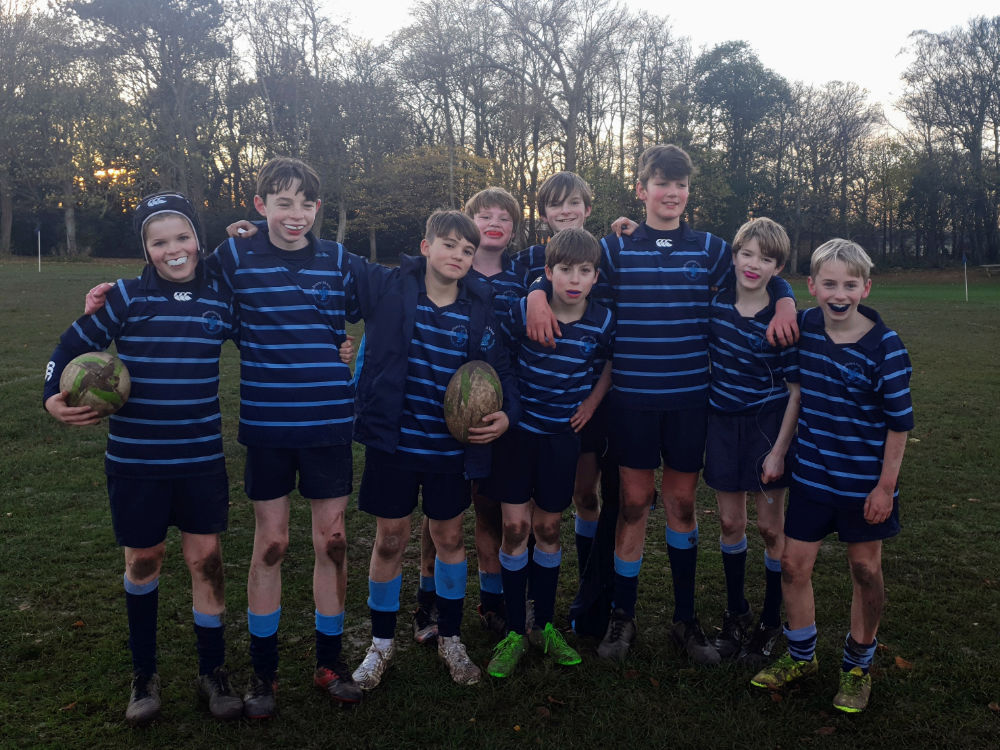 A fantastic all-round performance with plenty to be proud of. There will always be lessons to learn and from today it was about switching on right from the first whistle, but well done boys, a great effort. On behalf of me and the squad, thank you to all parents who came to support.