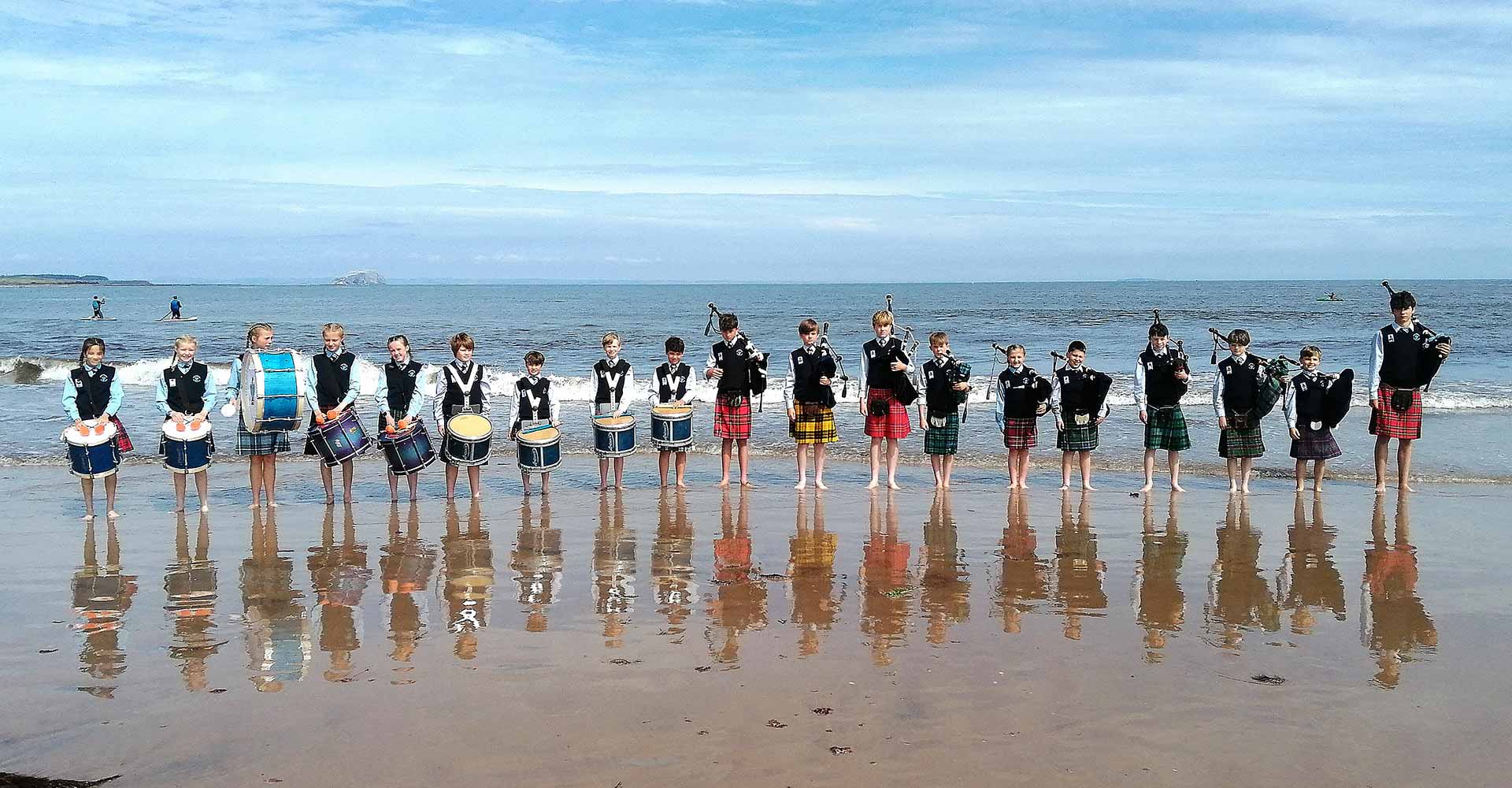 They gave another 5 performances, which included two more local Care Homes in Haddington and Dunbar, and a performance at Whitekirk Hill resort.

The residents of the two care homes all sat outside and listened to a variety of tunes from the Band. They greatly appreciated it and some even started dancing and conducting!

There was also time to play at Winterfield Golf Club and finally at Belhaven Beach. One of the highlights of the day was actually playing in the sea! The pupils took off their shoes and socks and stood and played in the waves!

Over the last six weeks alone the Pipe Band have undertaken no fewer than 15 public performances. The closely knit band of 10 pipers and 10 drummers, will play together for the final time at the Leaver's Service on 7th July. This will be an emotional occasion as 11 of the 20 band members will be leaving the school to bang their drum and skirl their pipes in pastures new.

Below is the impressive list of where the Belhaven Pipe Band has performed outside School during May and June 2021. 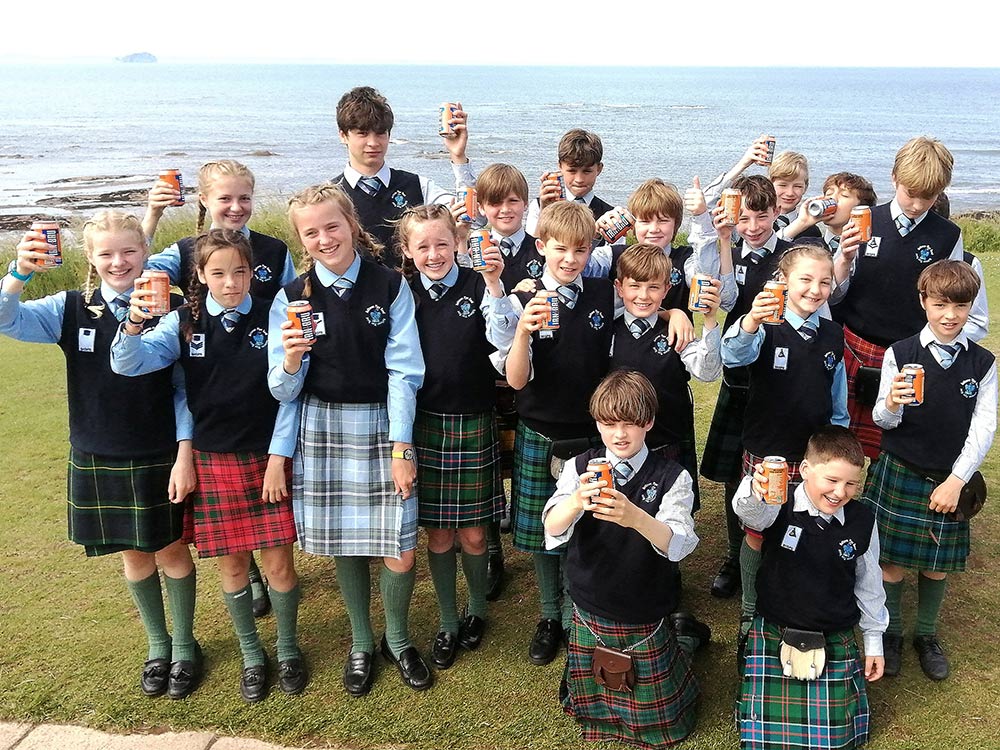