Match Reports for games against Ardvreck

Match Reports for games against Ardvreck

This page will be updated. Please return to see latest match reports from Wednesday, 16th November.

Upon our arrival at Ardvreck we discovered that we not going to be playing A and B fixtures, but rather one big game. As such it was a steep learning curve for some of the boys that are new to the game, but they dealt with the challenge admirably.

Mr Brown did a fantastic job at rotating the players, ensuring that all 17 Belhaven boys had a good amount of rugby in the 9 a-side game. Not only did he have to contend with the rotation of players, but also the rotation of boots with Charlie deciding to leave all his belongings in East Lothian. 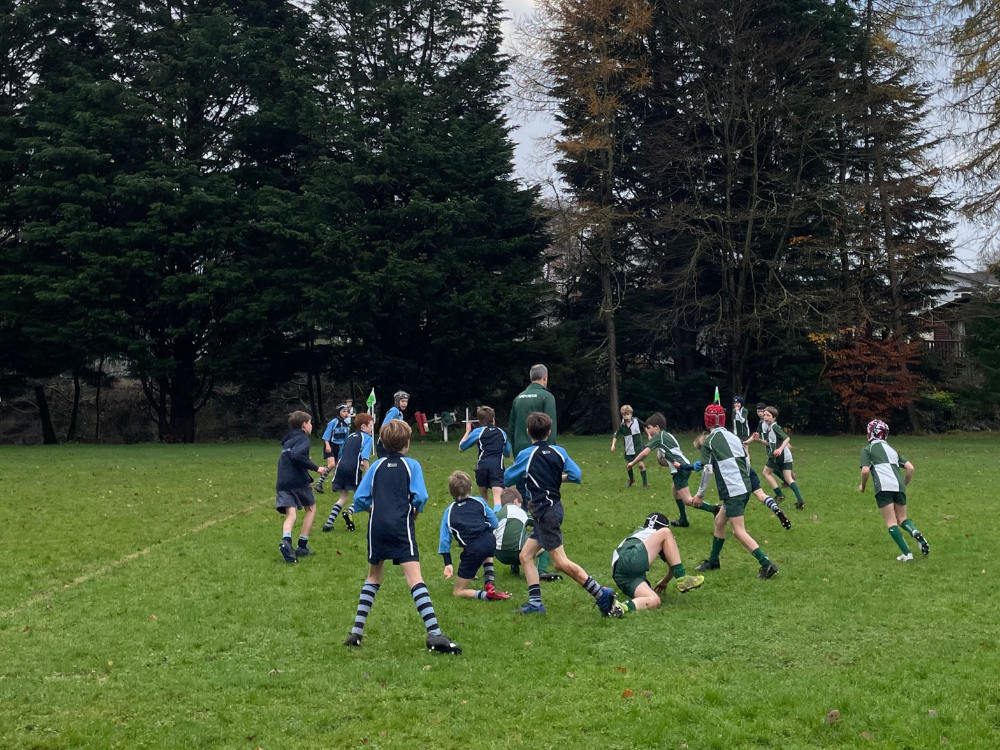 At times I had to remind myself that this was a game of rugby and not just sprint training, as the boys often found themselves running from one try line to the other and back again – the result of a very open game. If some of the boys had been wearing Fitbits, I wouldn’t have been overly surprised to have seen marathon distances reached.

Charlie opened the scoring and went onto score a further 5, although one of his efforts should really go to Ouday who jinked between a few players before eventually being tackled inches from the line. Harry’s strength proved difficult for the hosts and he picked up four tries and Hector a brace. The try of the match however must go to Wilbur, who gathered a lovely cross-field kick from Hector to finish in the corner.

Other notable mentions must go to Jack for some strong ball carrying, Ollie for fast feet and stepping, and Tristan, Noah and Fergus for getting stuck into the tackles. 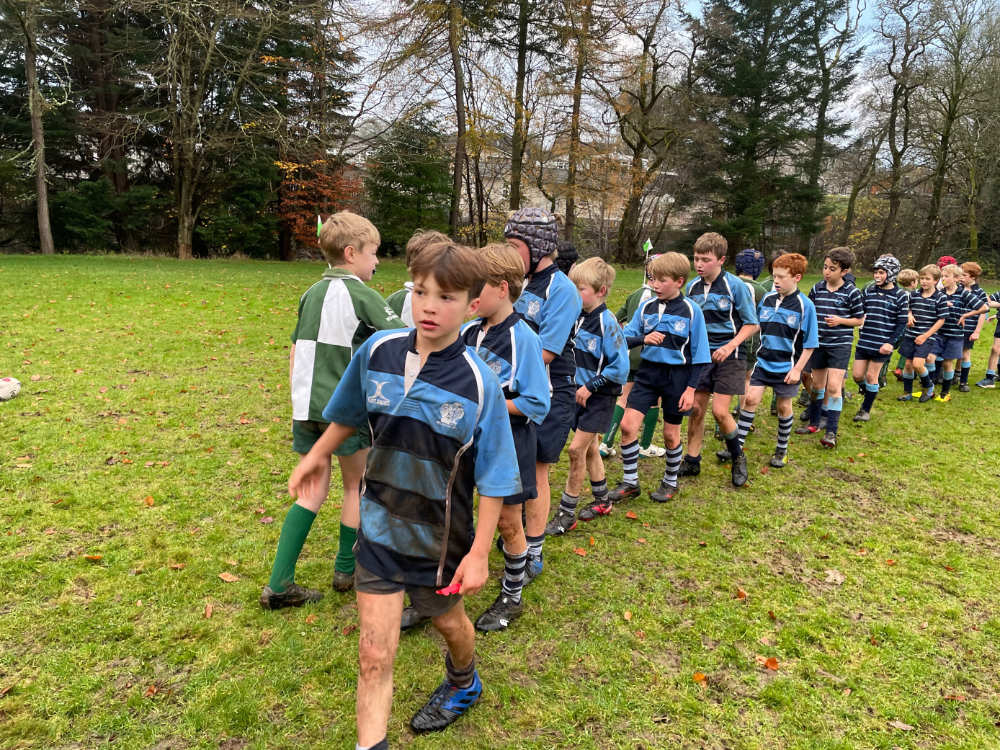 Weary legs held onto the final whistle, before a welcome walk up the hill to a delicious match tea.

Man of the Match:  Charlie 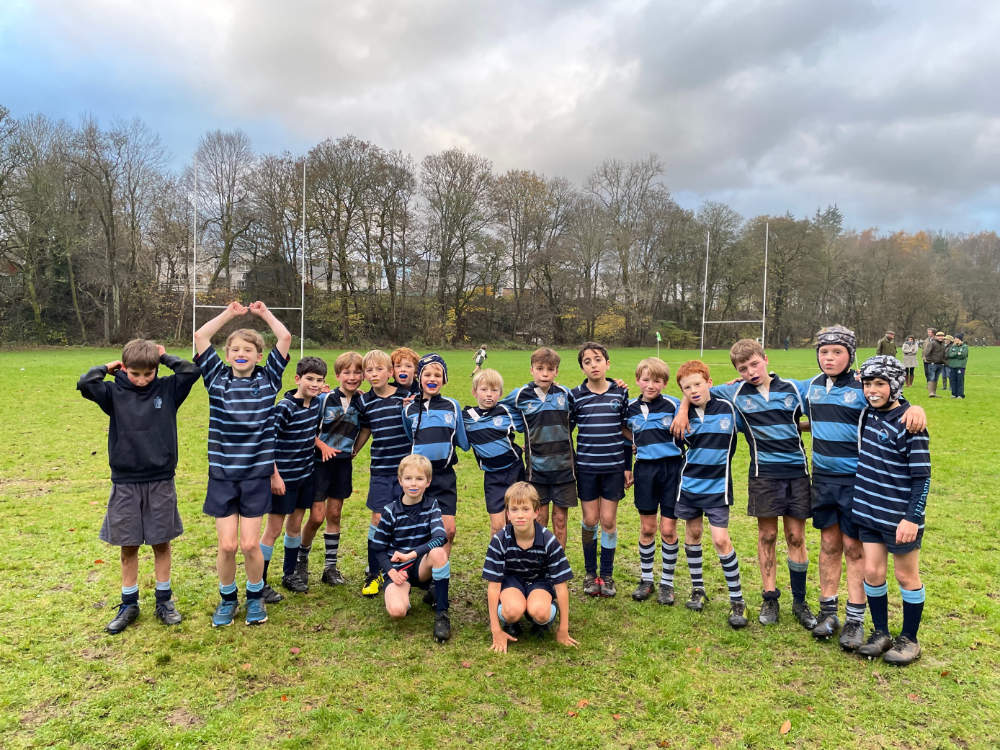 With four girls away on Thistles duty, this match was a fantastic opportunity for some additional girls to earn their first caps for the 1st team and to be challenged at a slightly higher level as we hosted Ardvreck at Hallhill.

Though it was scheduled to be an 8-a-side match, with Ardvreck bringing 14 girls along, we agreed to play 11-a-side, something I was delighted about as I am a real advocate of the format – it gives the players so much more time on the ball and ensures lots of space. 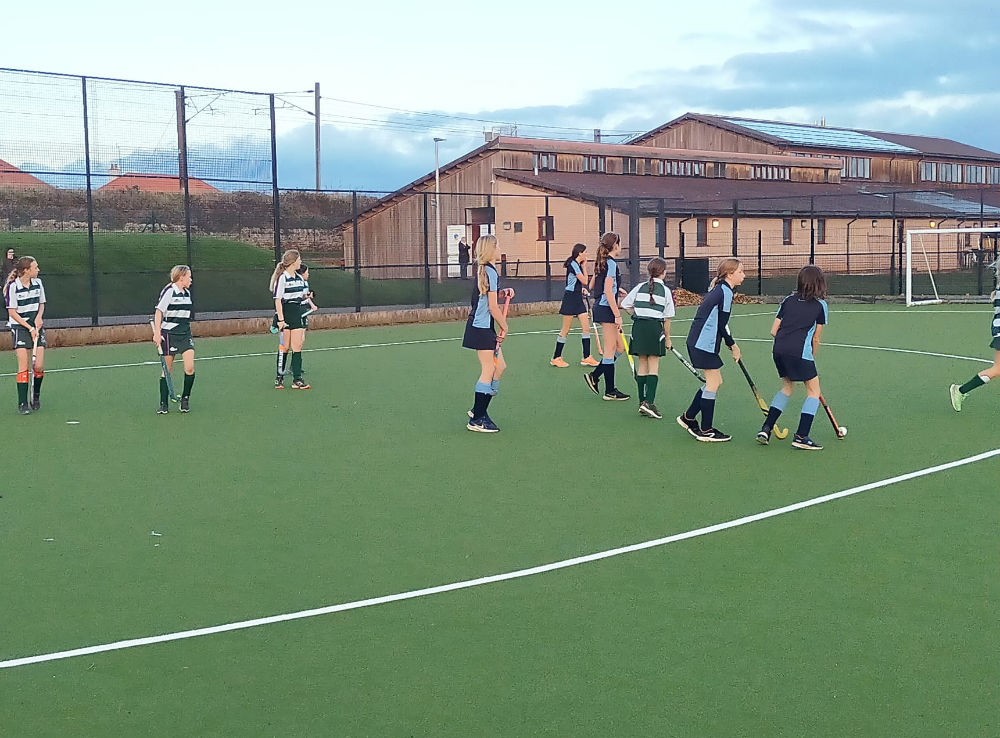 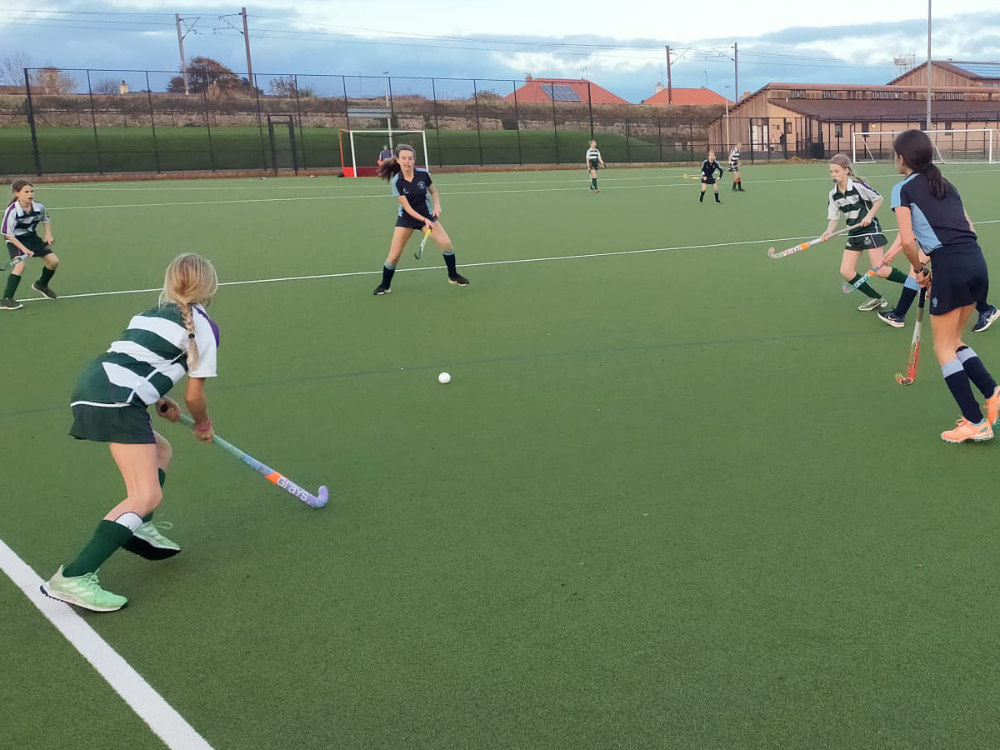 Captain for the match, Bea, won the toss and chose to start with the ball and what a start it proved to be! Within a couple of passes, Bea received it back at the top of the circle, drove forward and slotted it past the ‘keeper to put us a goal up in under a minute. That, however, was the last goal for nearly 20 minutes.

Goal apart, the first quarter was a fairly scrappy affair with both teams taking time to get used to all the space on offer. At the break, we discussed how to utilise the wider areas more effectively and I was pleased to see the girls respond to this chat. 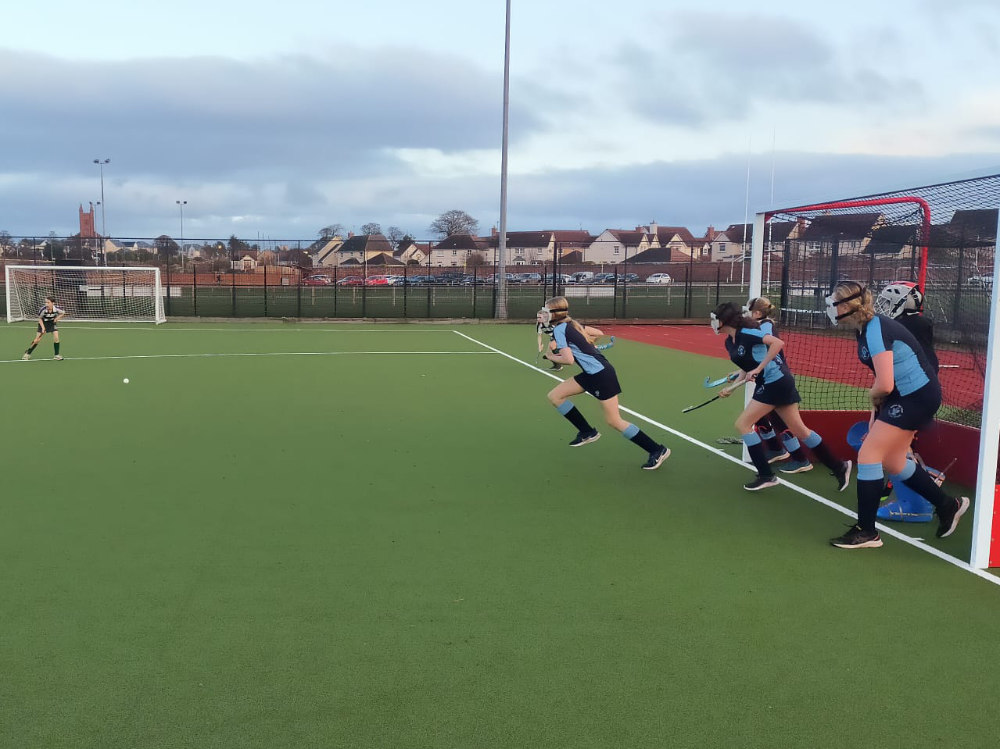 Immediately after half time, Ardvreck scored to level things out but that galvanised the girls into action and we started to play some good, attractive hockey. Bea and Willow up front started to make some good leads into space and to hang deeper; Amelia worked tirelessly up and down the right flank, adding width to the game and Maya also started developing a better understanding of what her role on the left was. This meant that Izzy could start to dominate the midfield and link up with these player more effectively.

The pressure began to tell and Belhaven was awarded a series of PCs, one of which Izzy converted, getting herself into a good position on the post and deflecting the ball in. Fairly soon after that, another break down the right saw Willow take the ball into the circle and fire it home for our third goal. 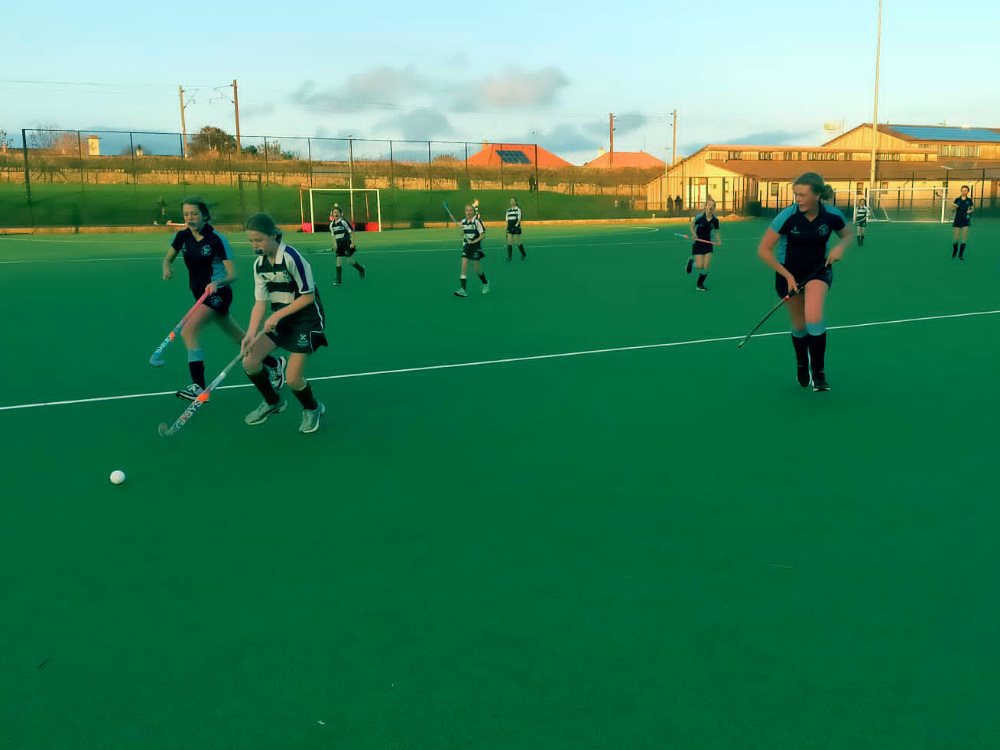 At the back, Charlotte and Lottie were impressive, making tackles when required but also distributing effectively with Lottie, in particular, getting into space very well indeed. Lilly & Joury also worked hard – I am delighted to see Joury making such progress and was pleased with how Lilly responded to being pushed forward as a midfield player. Victoir was, as always, never still and put in a good shift in midfield. In goal, Sienna – one of those making her 1st team debut – did a good job, making a number of saves and clearing the ball effectively. I especially enjoyed seeing her being a little more aggressive on the ball and speaking to her defenders, letting them know when there were players to be marked.

A special mention must go to Mimi, an Ardvreck player who volunteered to play for us and who did such a great job in defence, making numerous tackles and clearing the ball effectively.

So, a good win for the girls in the end but even more importantly, a fab opportunity to play on a full pitch and they certainly made the most of that. Also super to sit down with the opposition for a meal afterwards to discuss the game and make new friends. 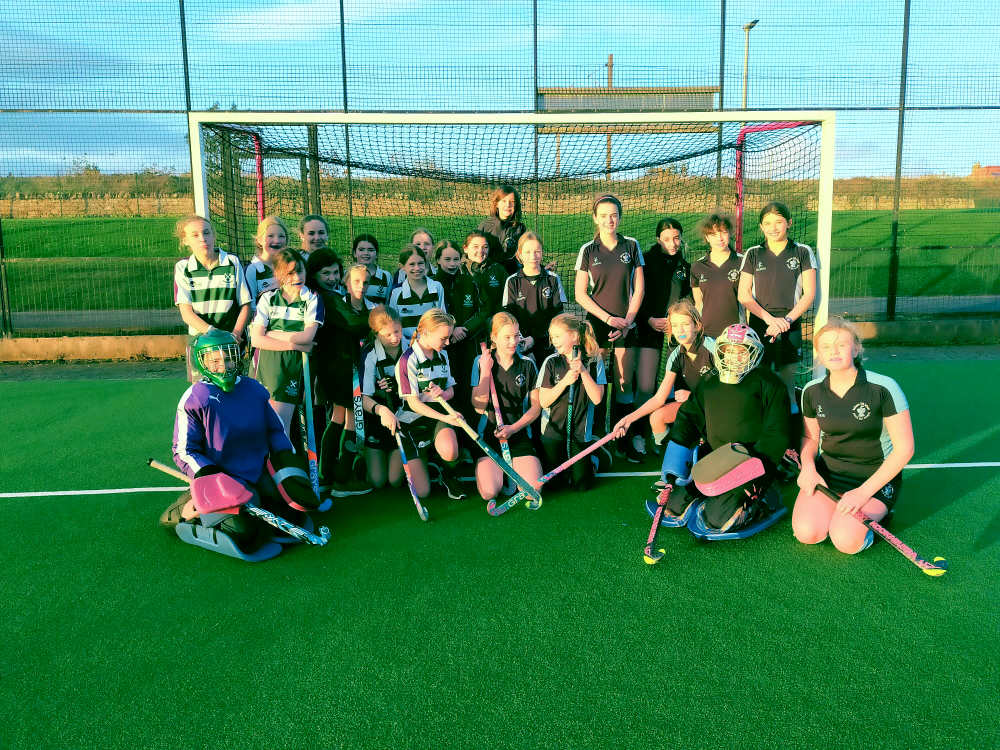 Player of the Match: Amelia – impressive work ethic and good job getting into the wide channels.