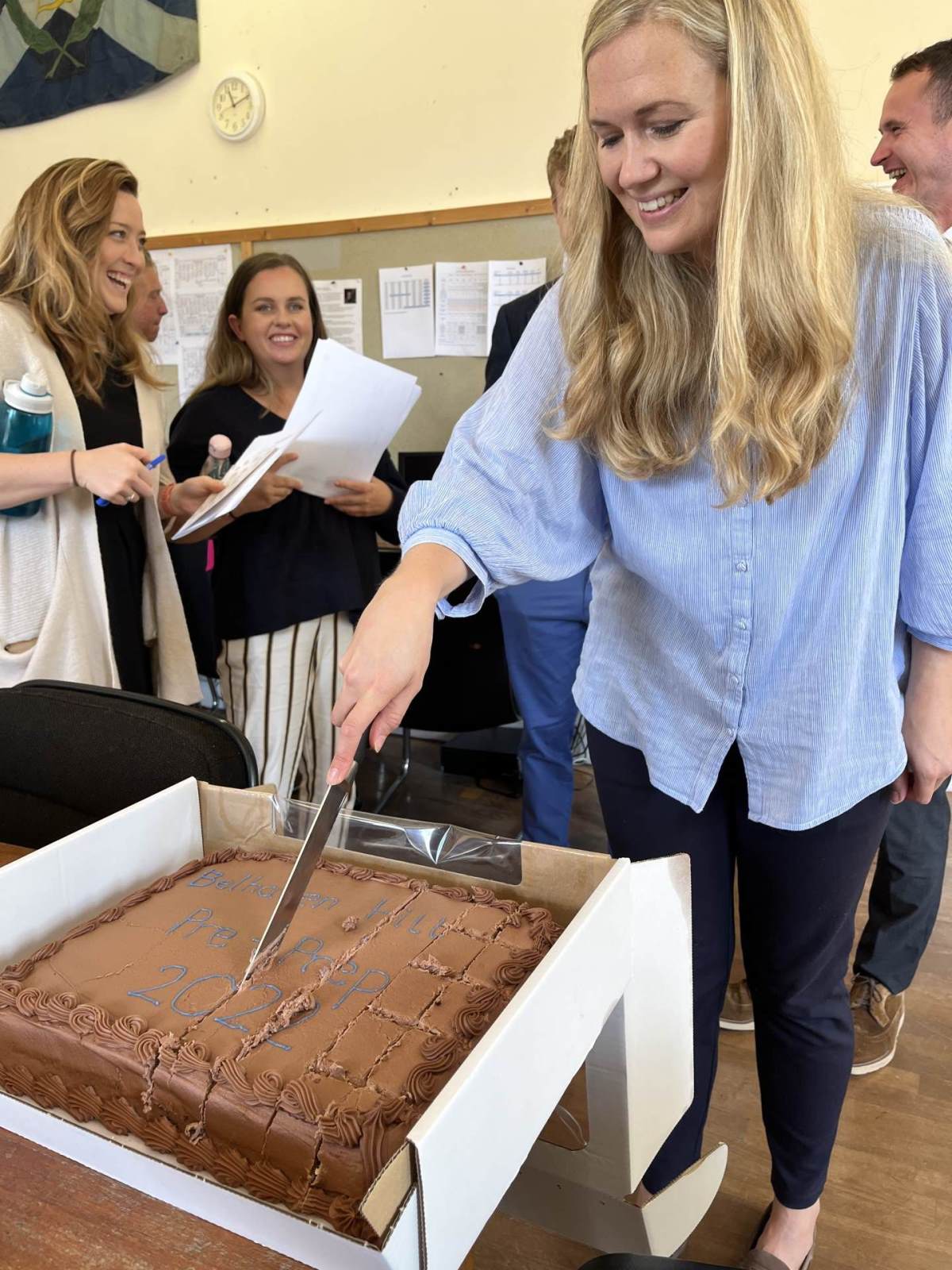 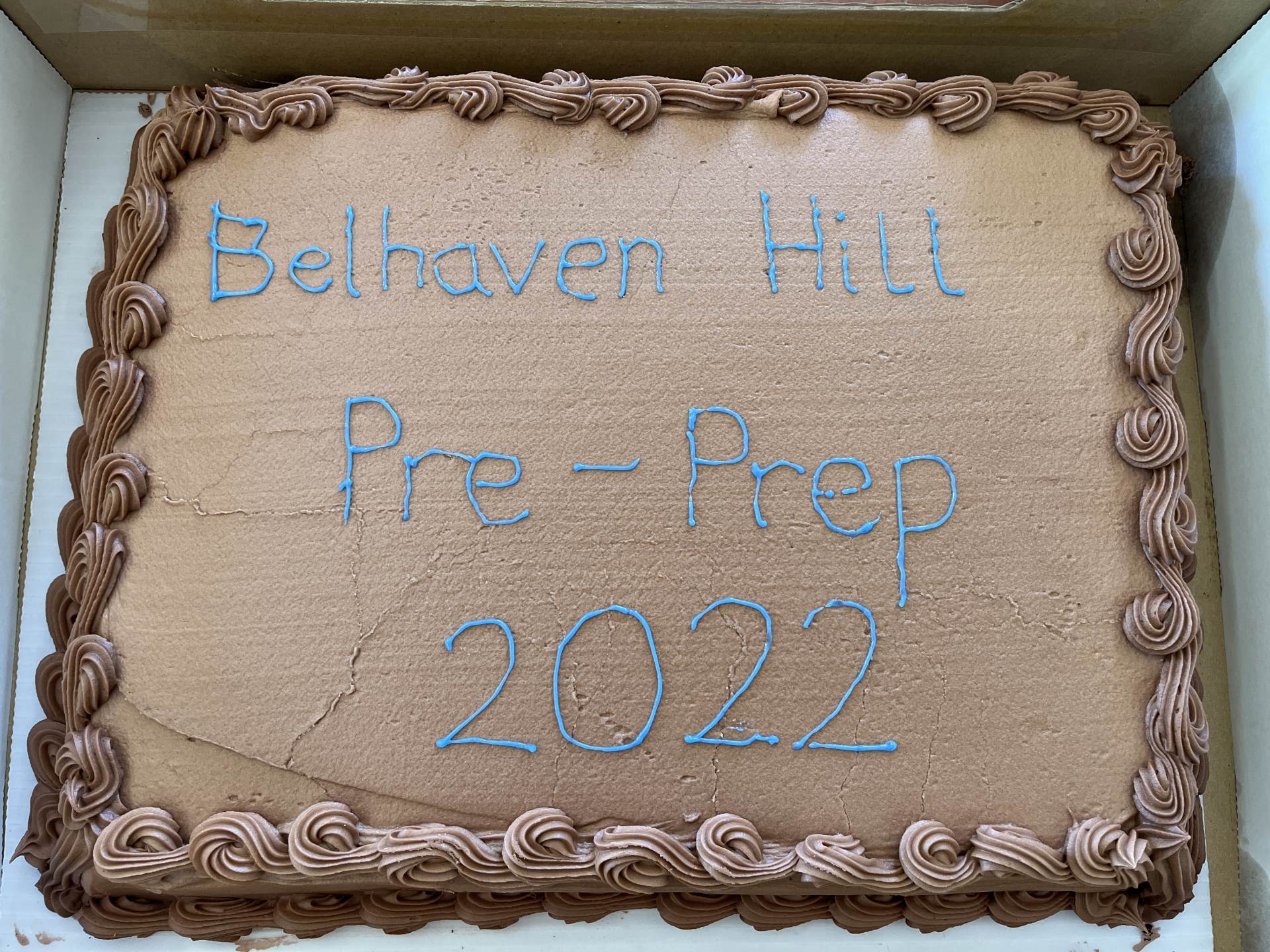 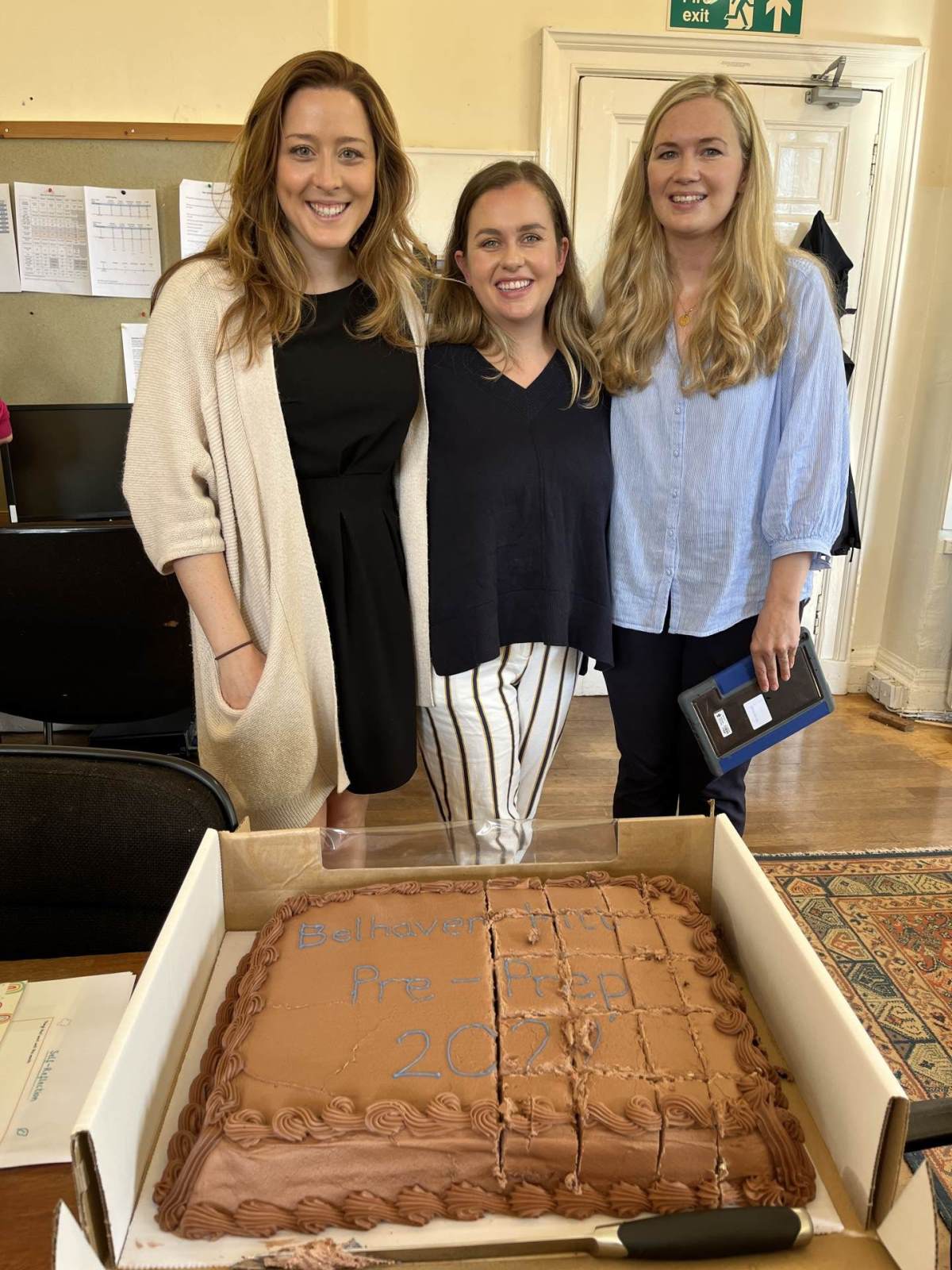 The 5th September saw the full opening of our Pre-Prep, with the addition of Form 8, our youngest year group. We welcomed lots of new children into the Pre-Prep along with our new Form 8 teacher, Mrs Gibson (watch a short interview with Mrs Gibson during her first weeks at Belhaven). It has been a busy two weeks with a lot of ‘firsts’ and new routines to learn but they are all settling in well. We have been blessed with some beautiful sunny days, which has allowed the children to be out an about, enjoying the wonderful school grounds. 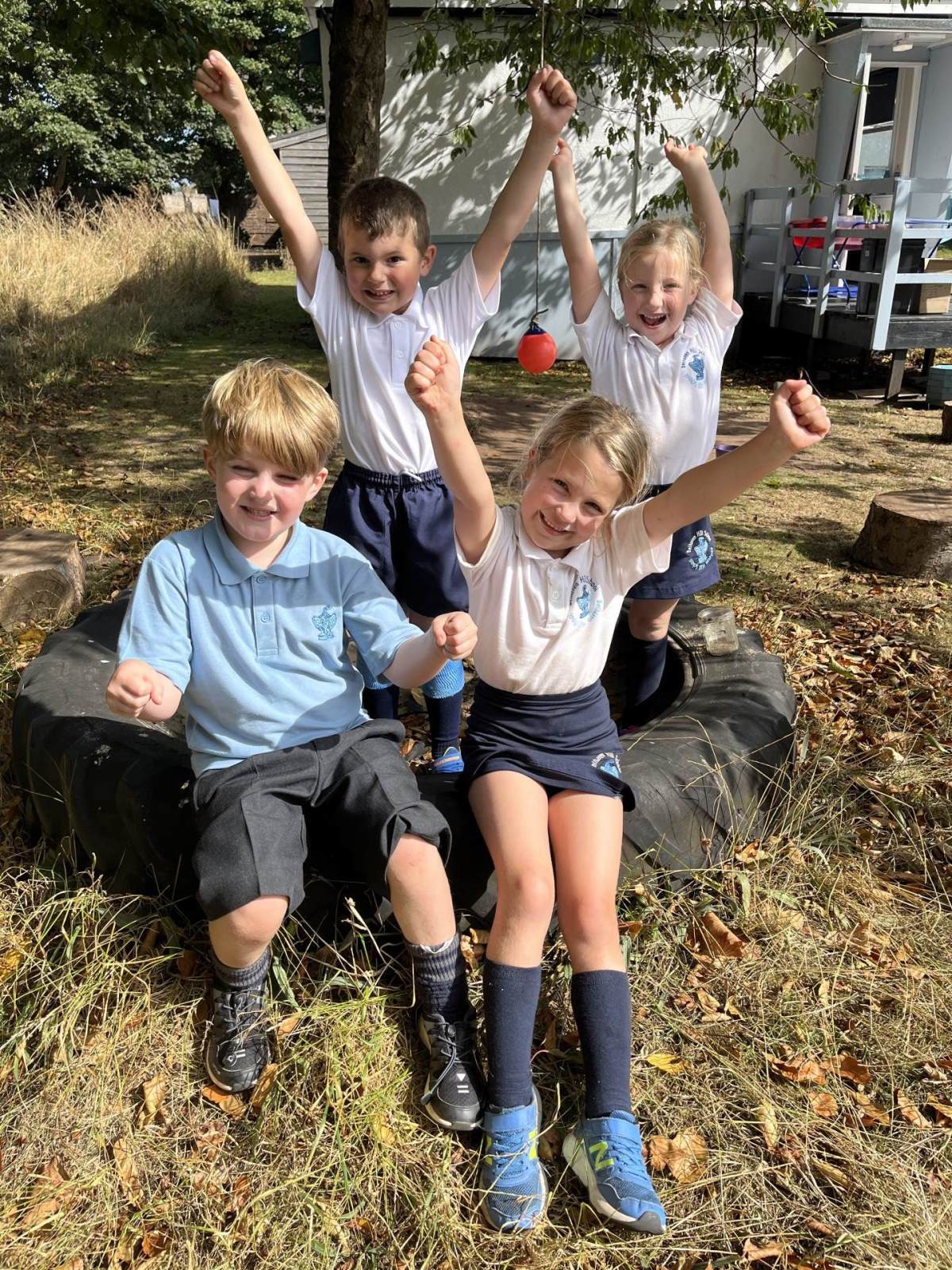 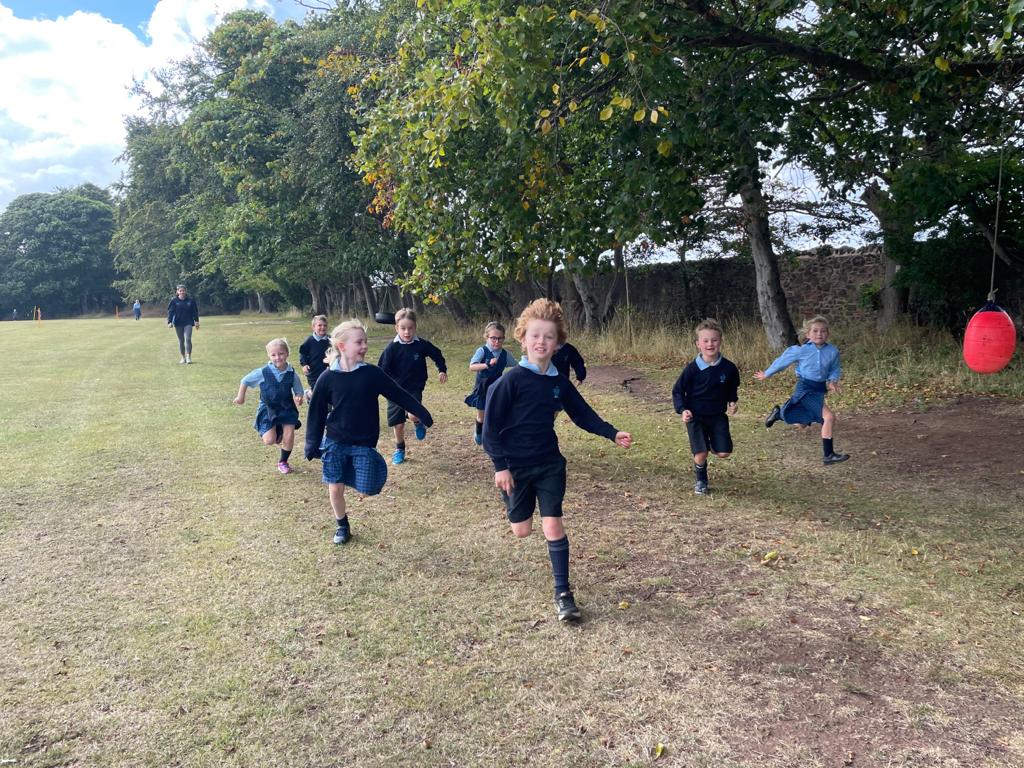 Pre-Prep choir has begun! This will be every Tuesday afternoon in the beautiful Music Room. At our first session, we started as we mean to go on; with a warm up for our bodies, our faces, our breathing, and our voices. The group already feels like a team, and the great energy meant we blasted our way through four new action songs!

In Outdoor Education Form 6, 7 and 8 have identified and named their own trees (F6 –Monkey Tree; Form 7 – Koala Tree and Form 8 – Tiger Tree), with which we will take a photo of them all each week to see how much they grow and how the seasons change over the year. We have learned about looking after our environment, done a successful litter pick along the back road and talked about why we love being outdoors!

Here is a little round up of what they have been doing in their individual classes:

Form 6
Form 6 have enjoyed being back together after a long holiday. In Music, the children have have been practising rhythm and pulse. Together they composed a four bar rhythm of crotchets and quavers and they were able to perform it to Mrs Parks, using percussion instruments! The children took part in a very successful ‘Try an Instrument Day’, which allowed them to try over seven different instruments. 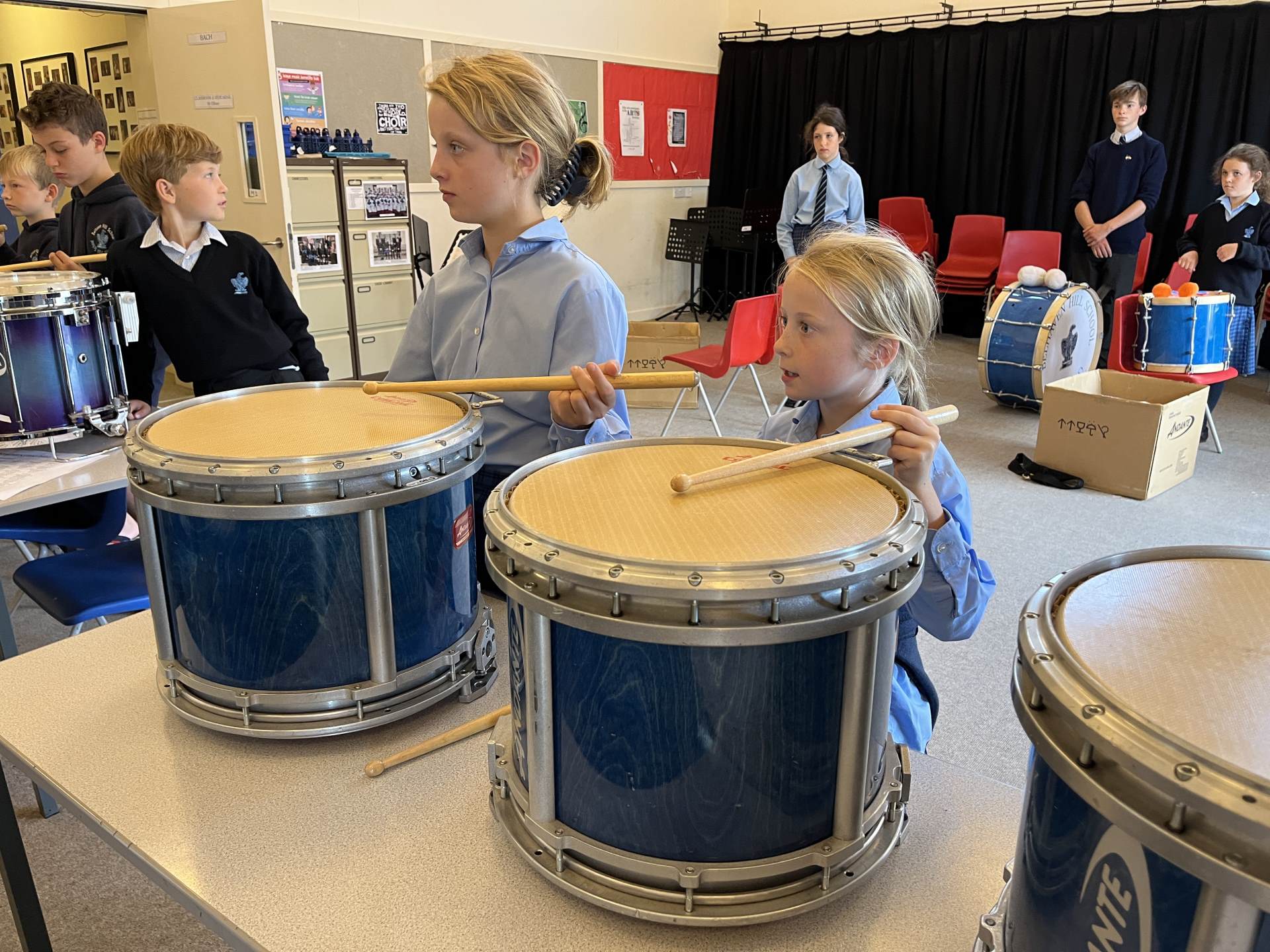 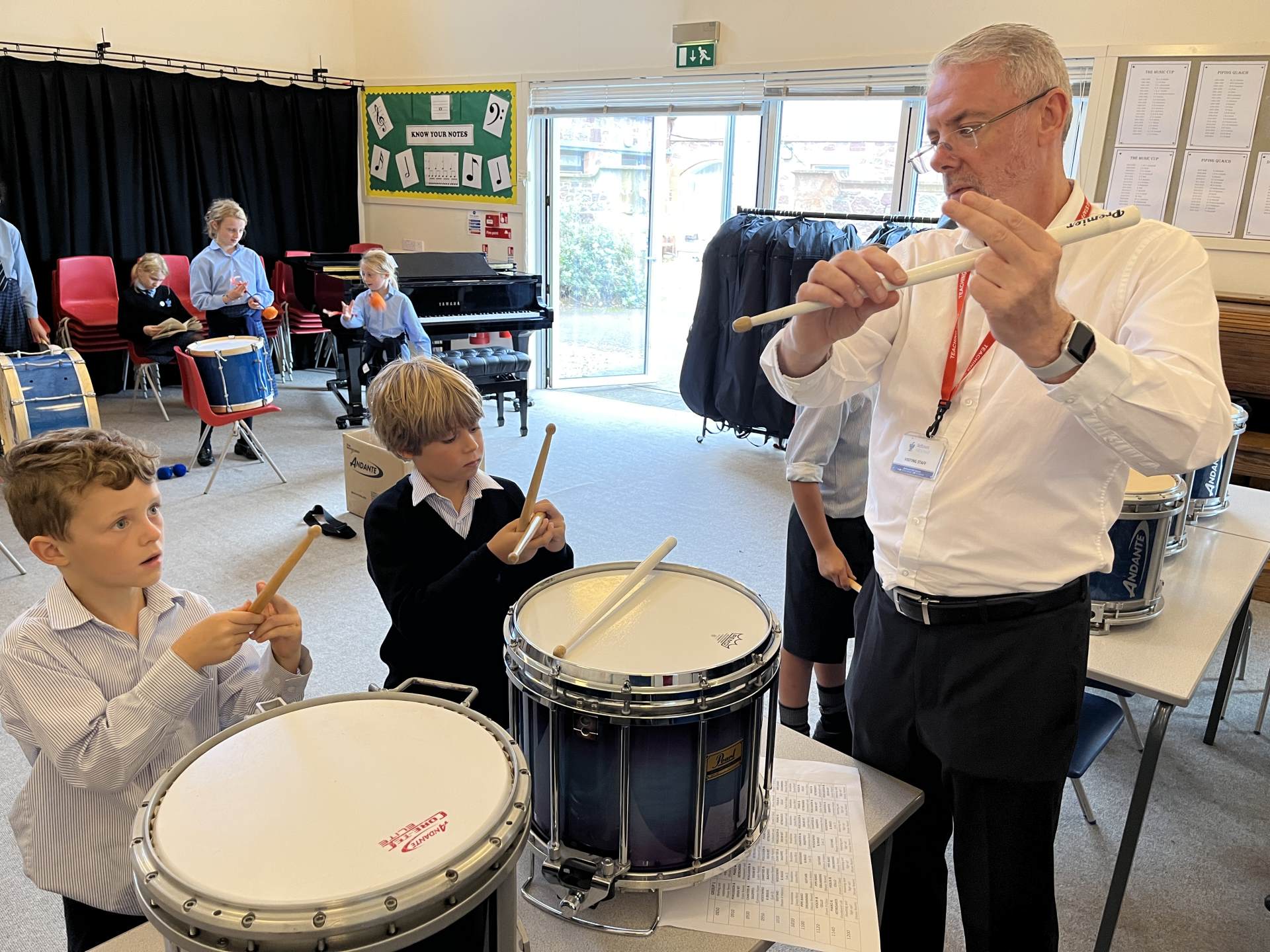 Developing team skills and exploring their imaginations has been the focus of Drama lessons with an exercise called 'The Box'. This involves opening the box to discover a starting point for storytelling. In their last lesson, they found bunting and the class were marooned on an island. They had to use the bunting to cross the sea and get to safety. This exercise developed their communication skills as well as leadership skills.

In Computing, F6 have been looking at digital devices, classifying them as input or output devices and comparing them with similar non-digital devices.

Form 7
Form 7 have had a busy fortnight, making the most of being back at school. Some highlights include, learning about a famous Scot named Alexander Graham Bell which led us to make our own telephones using string and cups. We experimented with different materials and discovered that the paper cups were the most effective at transmitting sound waves. 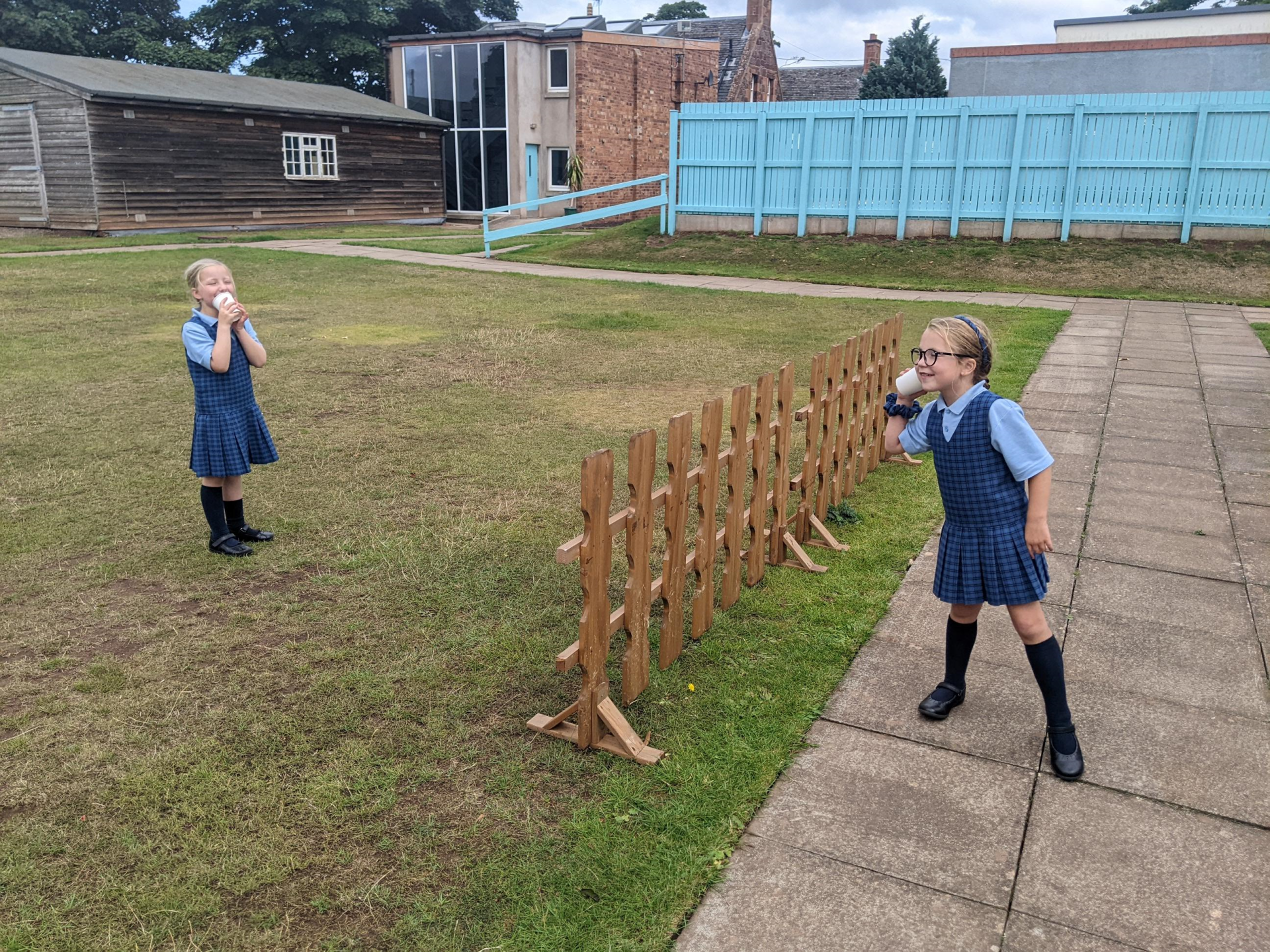 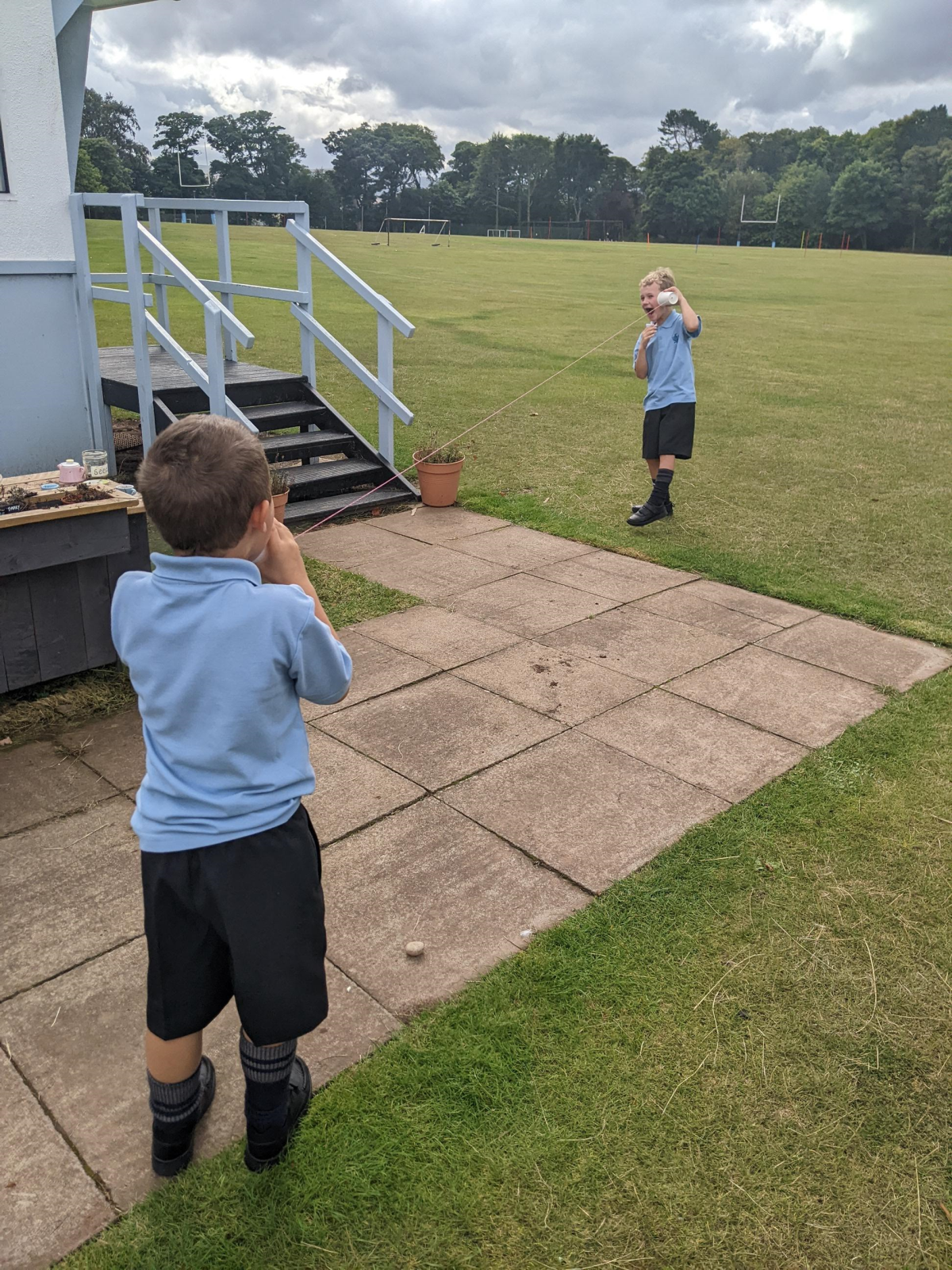 In Art, we learnt about Andy Warhol and his eye catching pop art, we even had a go of creating our very own using contrasting colours. However, we were sad to hear about the passing of the Queen later that day as she had been the inspiration for our design. 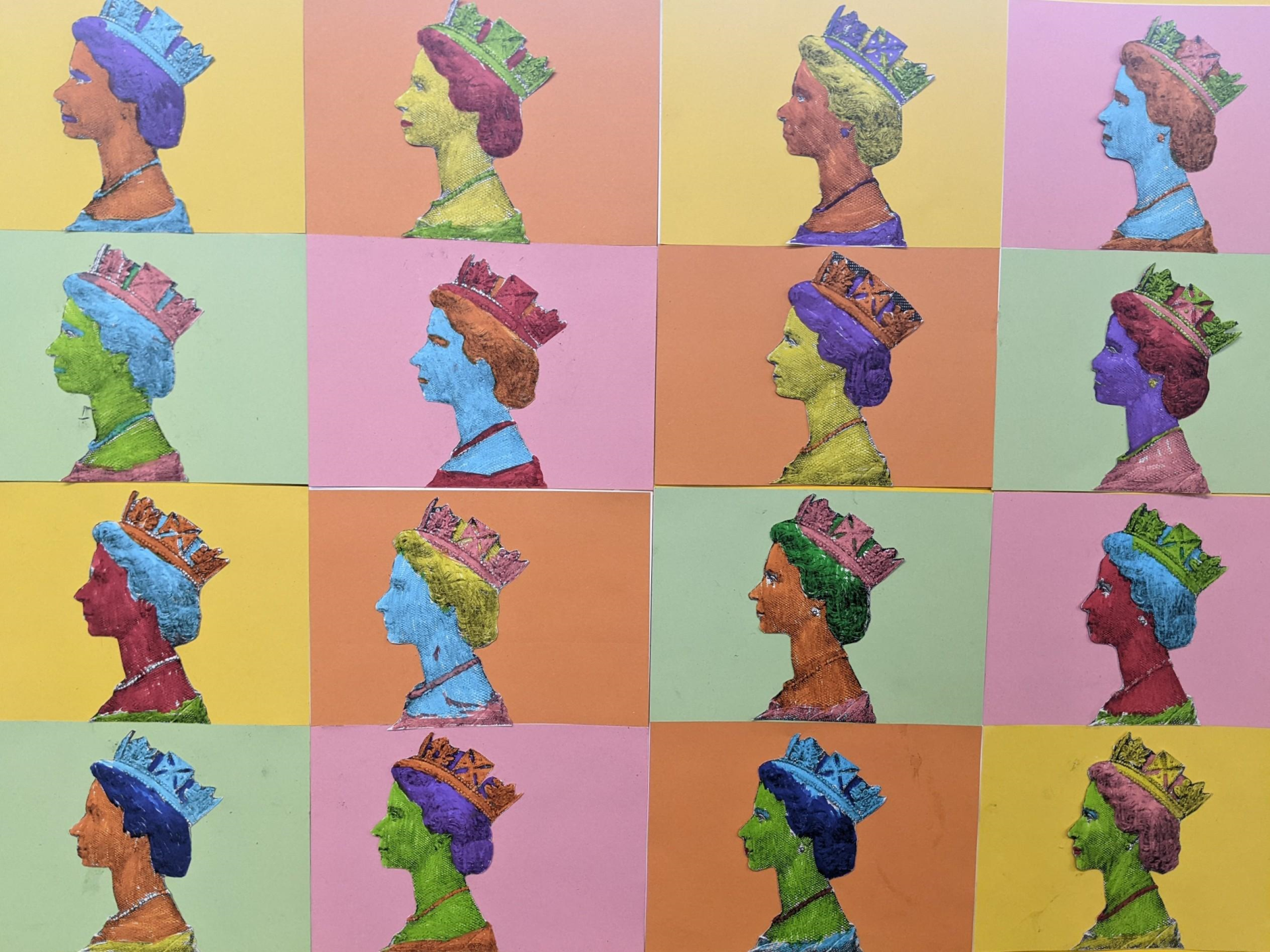 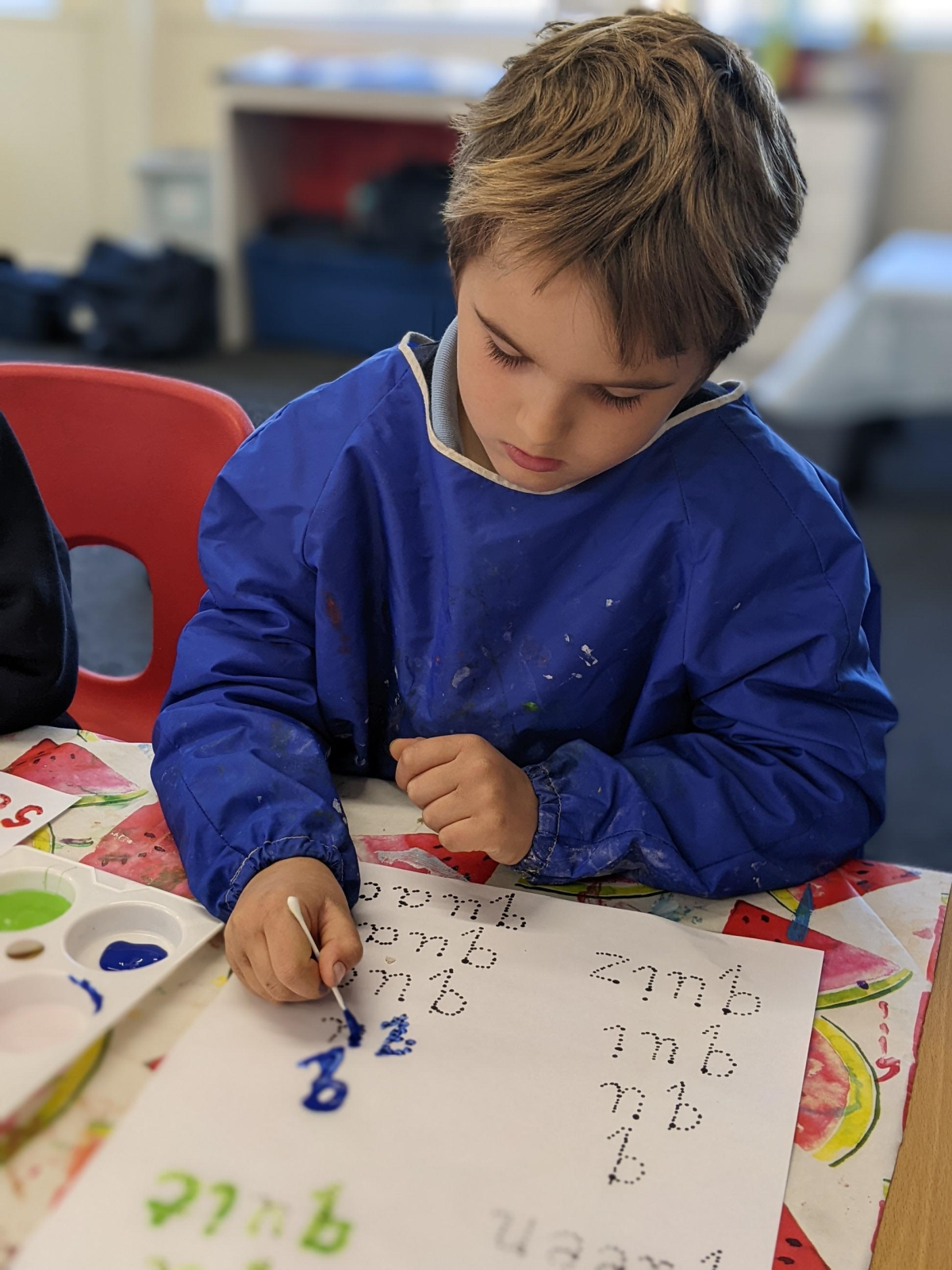 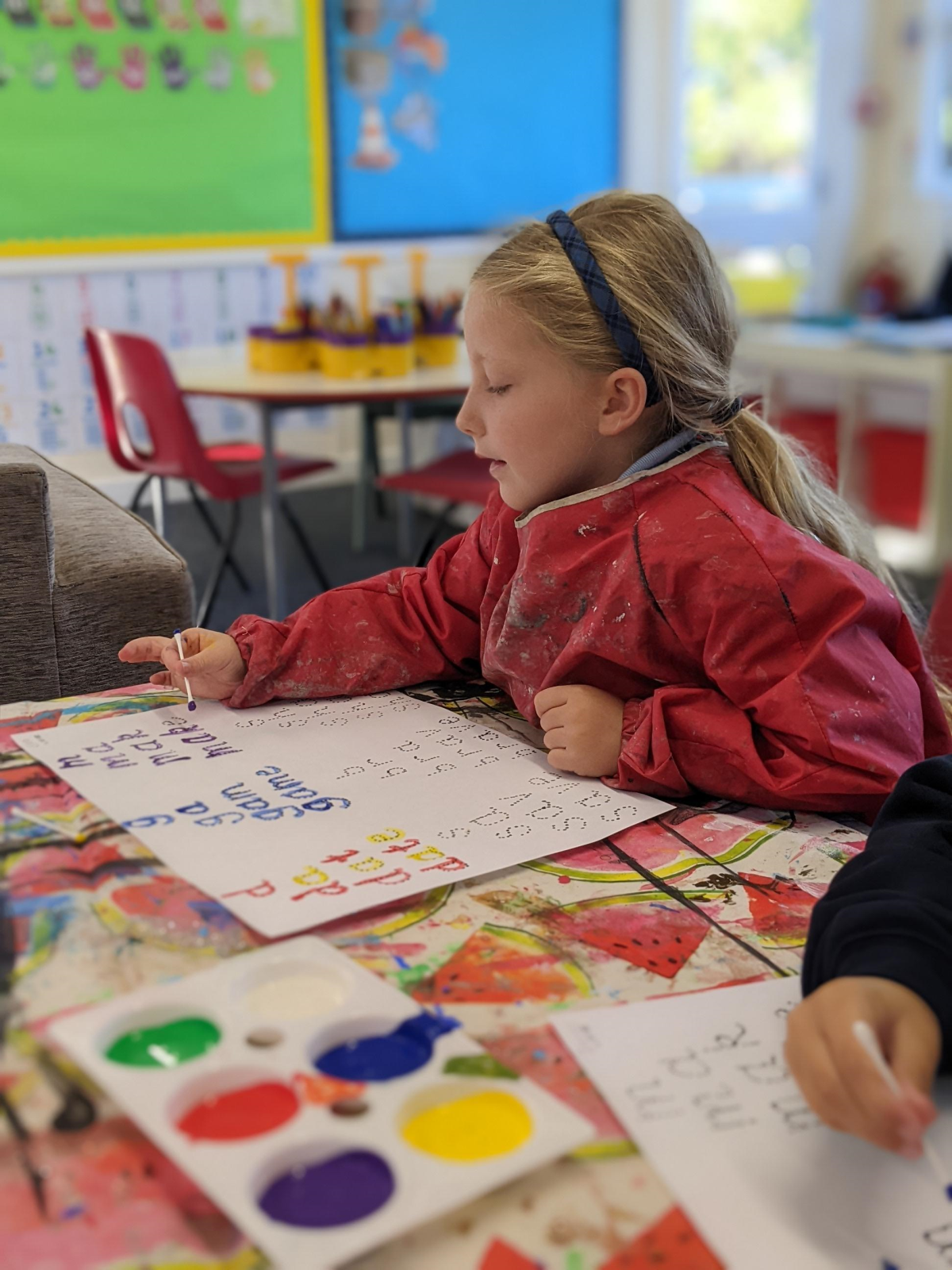 Form 7 have enjoyed revising their phonics sounds through active spelling tasks this week and discovered a new love for atlases and map work. They worked as a team to piece together a picture of Scotland and used their maps to plot the eight cities of Scotland. 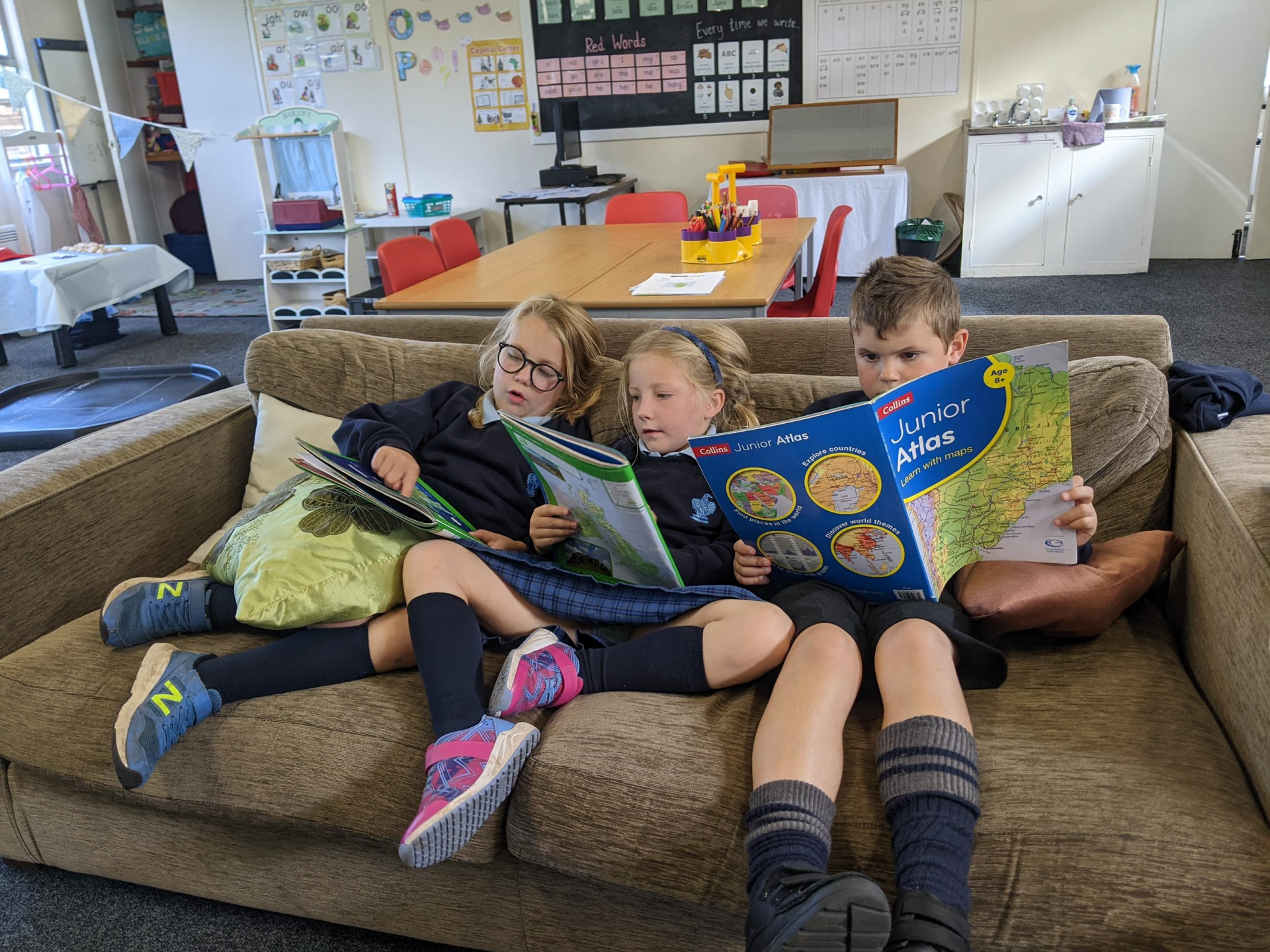 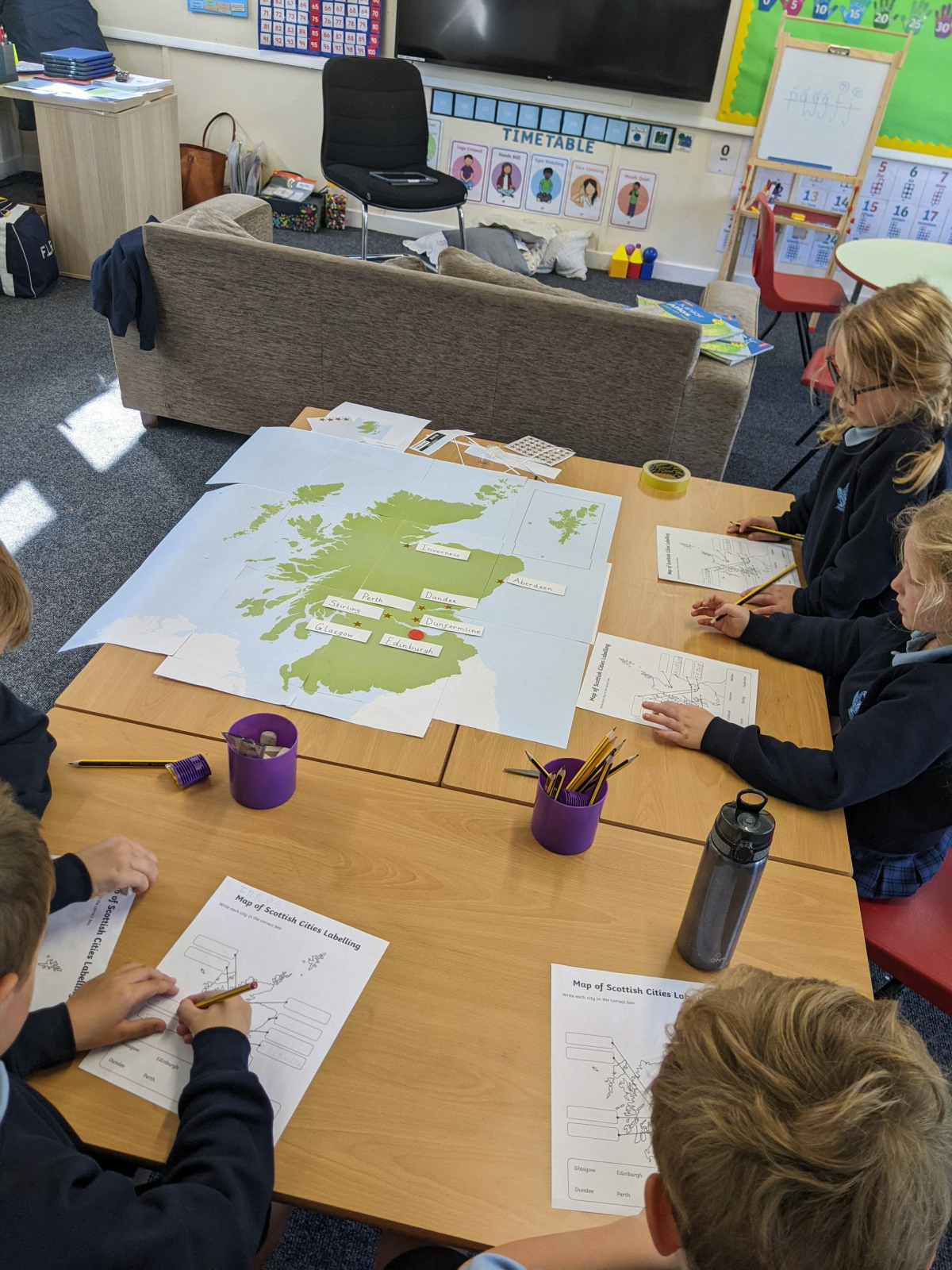 Form 8 have also been very busy. We have created a class charter which was based on the United Nations Rights of the Child and we all signed it by decorating an outline of our hands. During this process we came up with class rules which included listening to others in our class and respecting our classroom.

We have also been practising lots of cutting and pencil control skills which are making sure we have the skills we need for learning to write. We have also started our phonic sounds and tricky words and are starting to use these in our work.

We have looked at what we want to learn about our Scottish topic and have completed a black line self-portrait after looking at examples from many different artists. We also drew a picture of the Gruffalo which was tricky but we showed our resilience.

It has been great to make the most of the gorgeous weather and we have been outside getting to know our school grounds and the beach by collecting loose parts for our classroom. 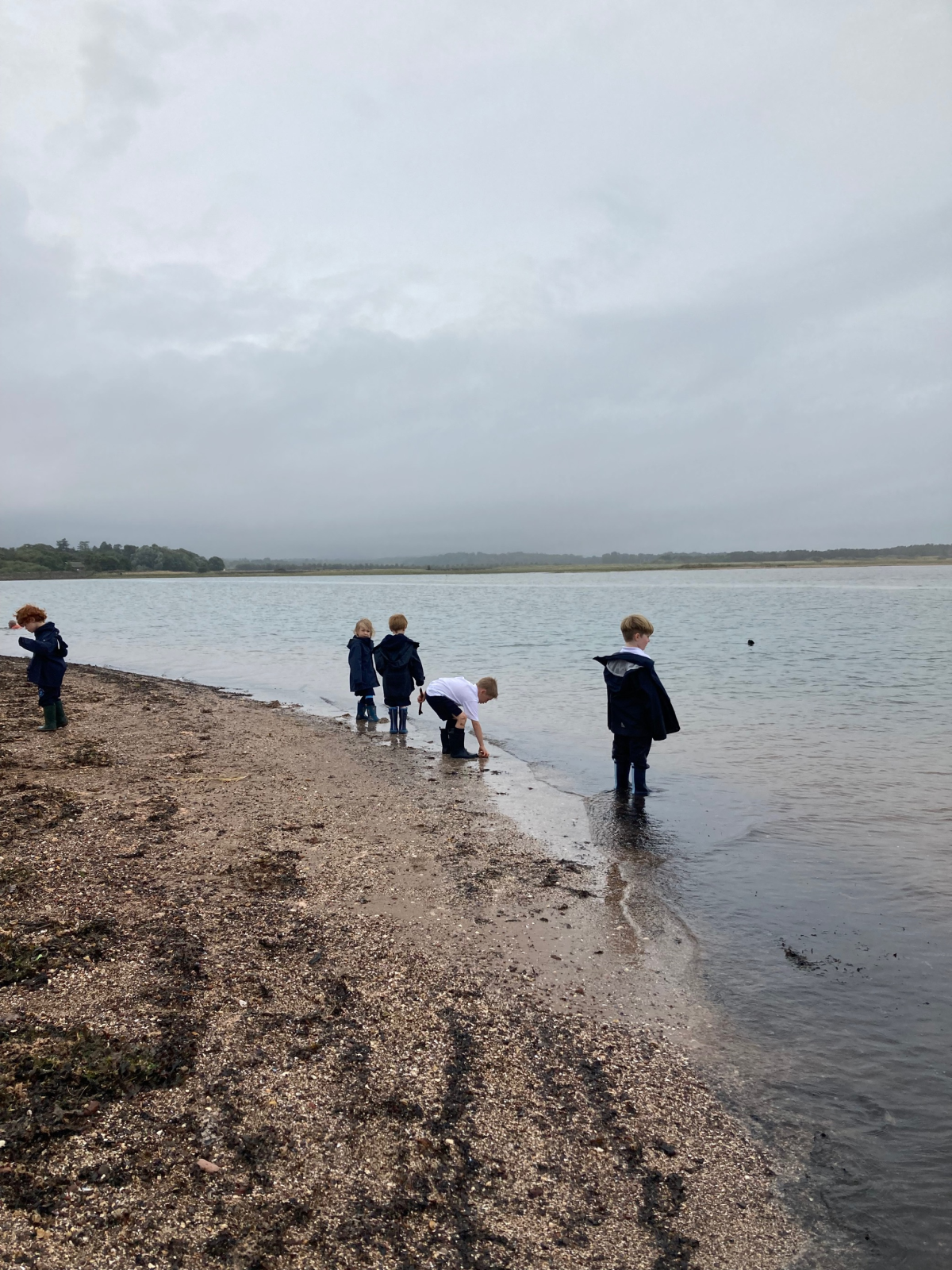 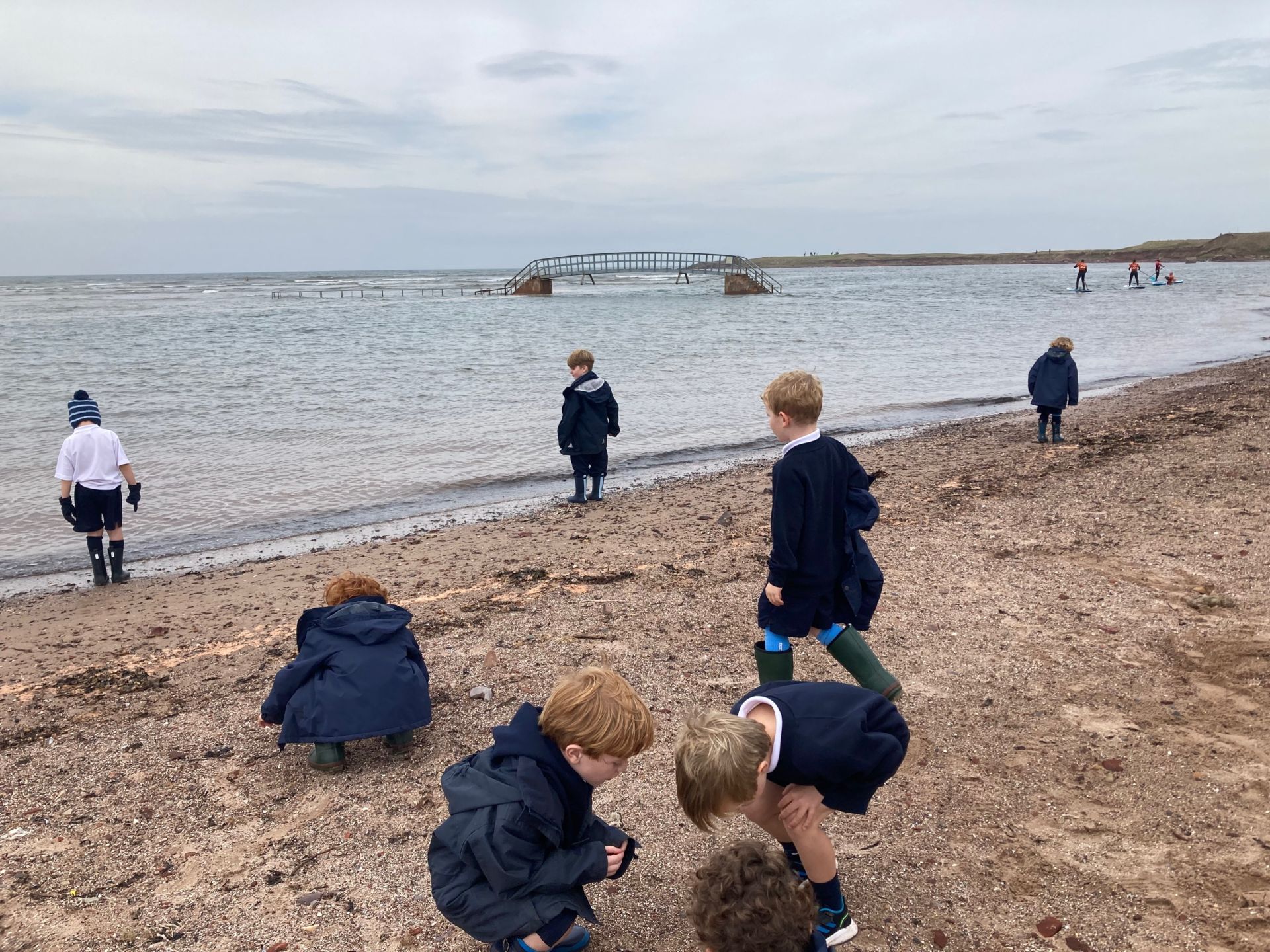 Form 7 and 8 both had a chance to listen to music and imagine what story the music is telling. They gave some very thoughtful answers. We are focusing on keeping a beat, and improvising rhythms this term. The Form 8s got to sing several songs with the Lycra parachute, which is a great way for the whole body to feel the pulse. 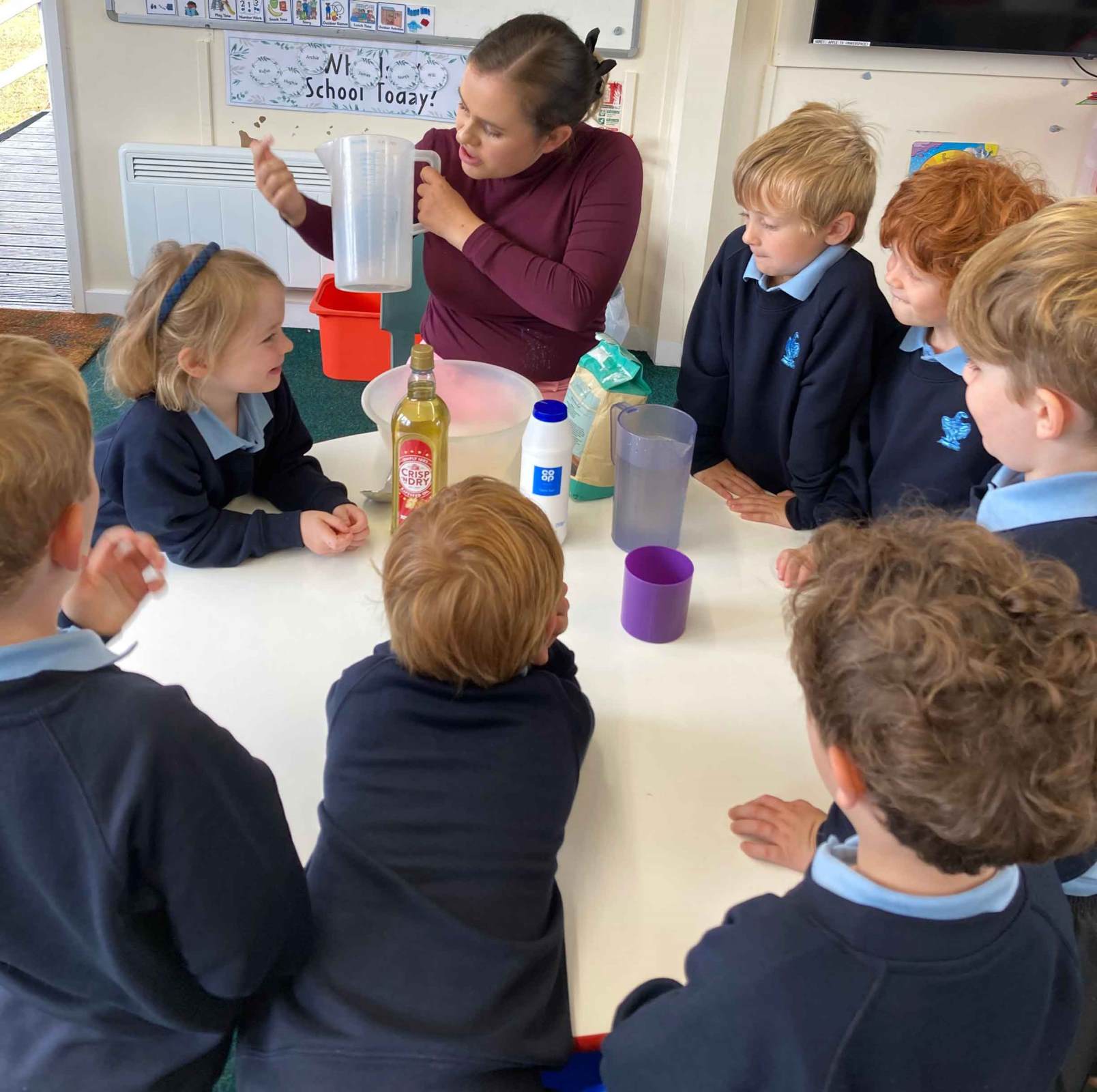 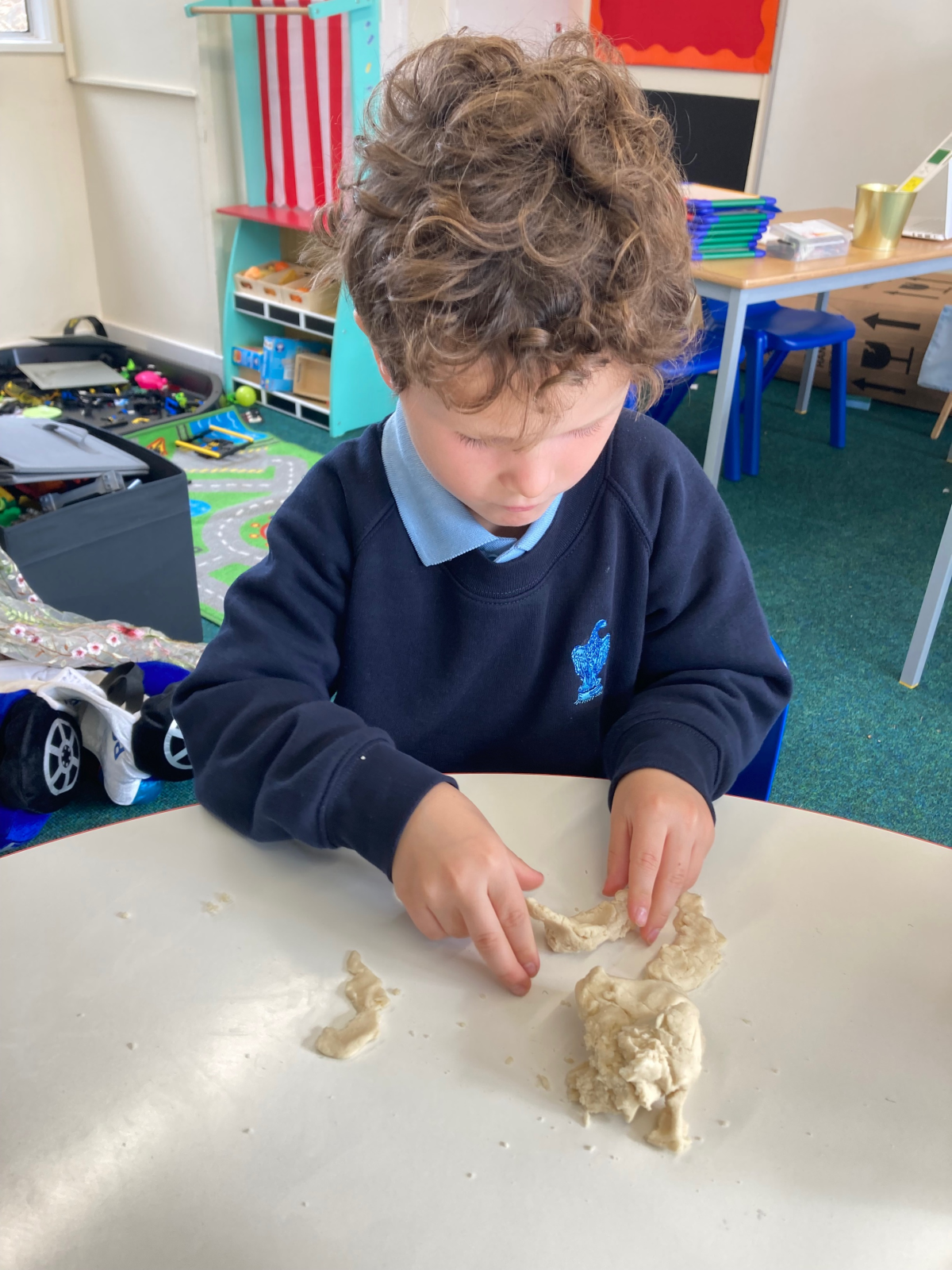 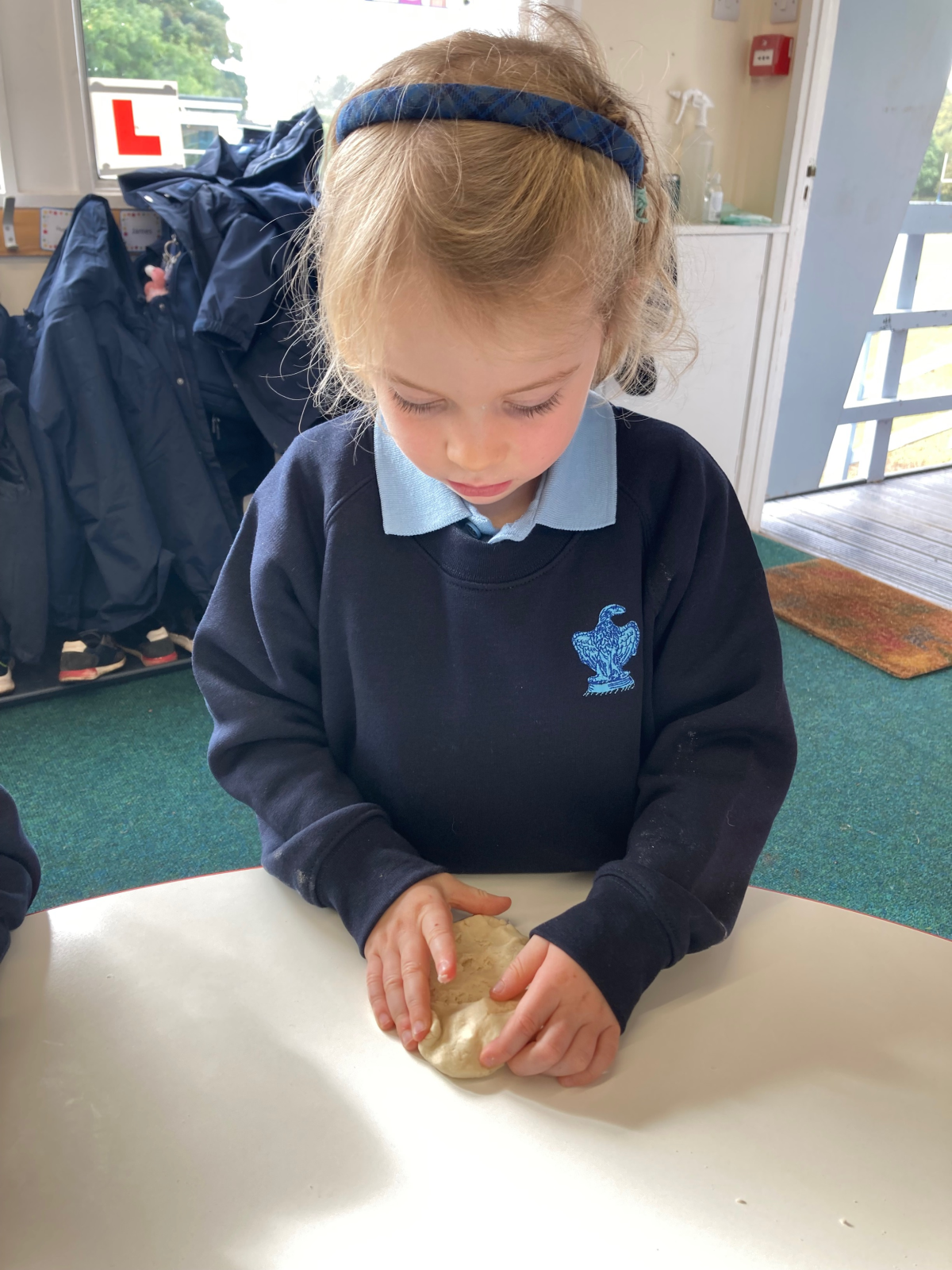 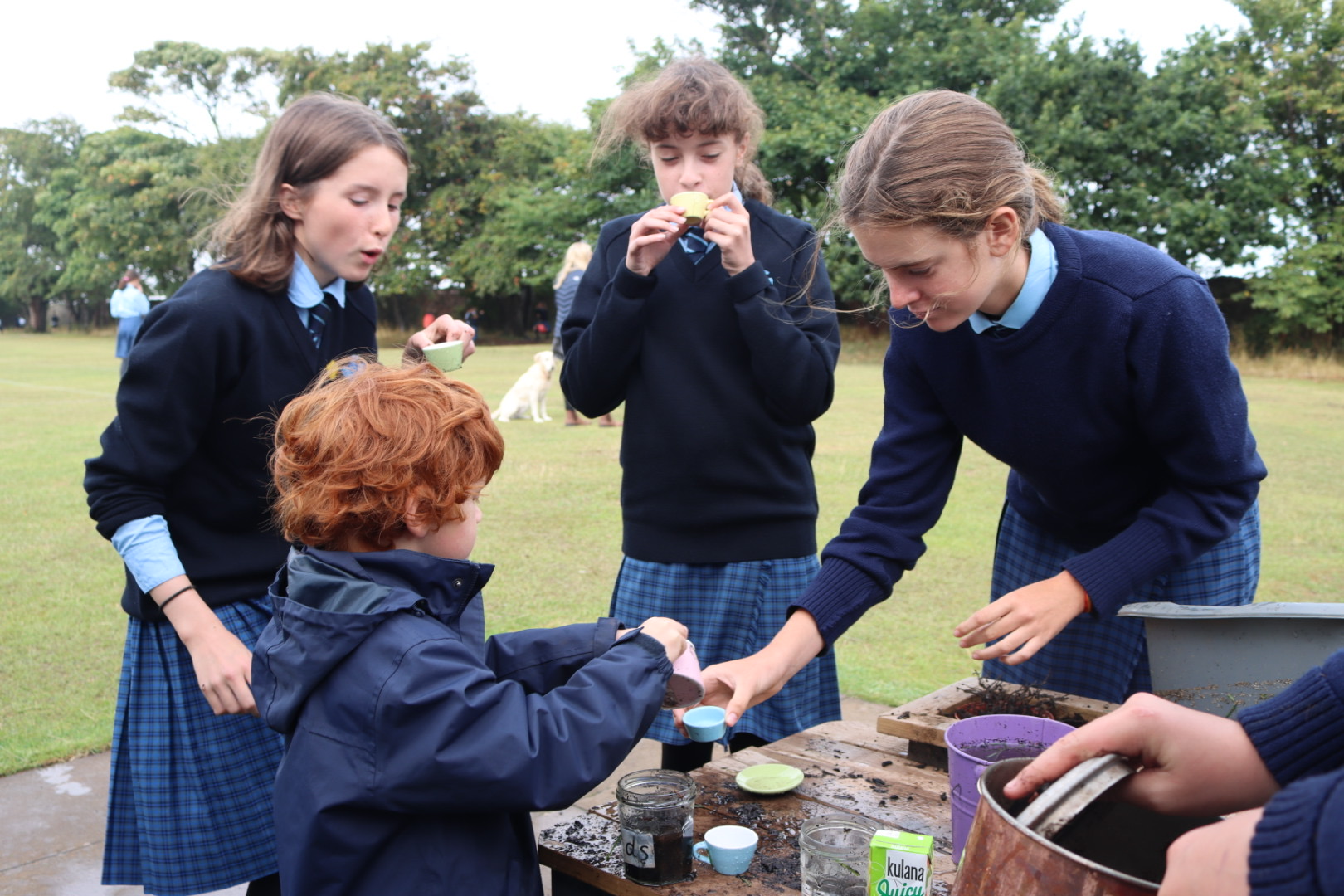 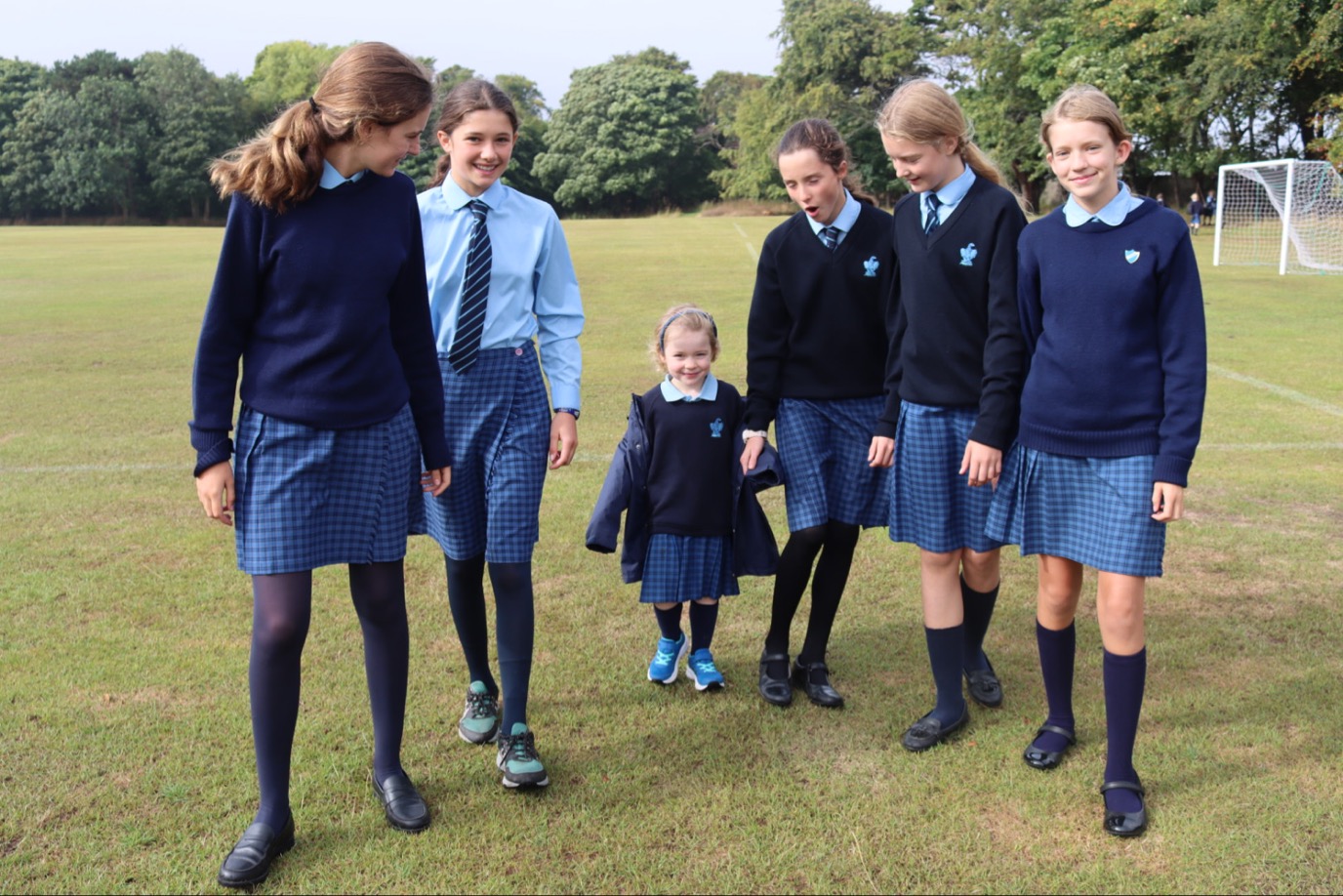 See past articles in Pre-Prep News