The Wee Sleep Out

Earlier this term, co-founder of Edinburgh-based charity Social Bite, Alice Thompson, visited Belhaven Hill School, the boarding and day school in Dunbar, to talk about their goal of ending homelessness in Scotland.

Alice also spoke about their new fundraising campaign, Wee Sleep Out. Just started in 2018 when 5,000 young people took up the challenge, it emulates the hugely successful Sleep in the Park where people are sponsored to sleep out in the cold in aid of homelessness. Wee Sleep Out offers groups of young people the flexibility to hold their own sponsored mini sleep outs in their own choice of venue, such as local parks or school facilities, and on a date that suits.

Inspired by Alice’s talk, 71 pupils aged between 8 and 13 did just that. They chose the school’s unheated Sports Hall as the venue, providing protection against the wind and the rain, but not the cold.

Oh, what a night!

On Saturday 9th November, two months after Alice Thompson from Social Bite’s talk and workshop, we held our own Wee Sleep Out! There were 78 of us in the sports hall: 71 pupils aged 8 to 13, 5 teachers, Leila, one of our gap students and Humphrey, Mrs Parks’ dog.

It started with an activity about privilege and poverty, led by Mr Marriott, with the help of Mme Brodie and Miss Wimbledon, where children were put into mixed age groups and given a choice of twenty different options ranging from “living in a country where you don’t have to worry about bombs/airstrikes”, through to “having food in the fridge”. The children had to choose what they thought were the most important in life and discuss in groups what and why they chose them. Unsurprisingly, most of them chose “having parents/guardians who love and support us” in their top three, which Alice Thomson had told us was something many homeless did not have in their childhoods. The children said how lucky they were to have so many of these privileges.

We then had some fun performances by brave senior girls: the first one by Flossie, Amaryllis and Grace, then Beatriz and Eliza on Hoedown Throwdown, followed by Robyn, Georgie, Paloma and Robyn, and a very funny one, I kissed a Girl by Freya and Bella. The children then showed off their amazing dance moves during a disco! Thank you to Mrs Gales for providing the disco lights!

Dance moves exhausted, we all went outside and had some tasty chocolate bananas made on the barbecue by Mr Gale and Mr Brodie. The Juniors then went to the Games room accompanied by Mrs Parks and Miss Wimbledon, to watch Mr Stink by David Walliams, do a quiz about homelessness and discuss it. The Seniors watched a film called ‘A Streetcat named Bob’, a British drama about James Bowen, a busker and recovering drug addict, who had his life transformed when he met a stray marmalade cat, named Bob.

Then it was time for the bedtime story read by David Walliams, which the children really enjoyed. At 10.15pm, it was lights out! There was a bit of whispering until 11pm, but quickly after that only a couple of indomitable form 1 girls (I won't mention any names, girls, but you know who you are!) carried on chatting quietly.

The first pupils started waking up around 5.30am and by 7am most pupils were talking or shuffling in their sleeping bags! Despite the noise and the lights, three children were still sleeping. After tidying up, we all went for a well deserved breakfast enjoyed by all.

If you ask the pupils, most of them will say they slept about one or two hours. In reality, they were quiet (and probably sleeping) for a lot longer than that. The temperature went down to 8 degrees, so it was definitely a cold and uncomfortable night. The sports hall door was very squeaky so everybody heard each time it was opened by someone getting a drink or going to the bathroom. There were also a couple of snoring noises (no names, I promise!) and children speaking in their sleep.

Unlike Mr Mariott, who couldn’t sleep at all, I did manage to sleep a bit, in a few half-an-hour chunks. When I was awake, I kept on thinking of how amazing this whole adventure had been, from Alice Thompson’s inspiring visit, to the amazing support we had had from all the pupils’ families and so many pupils volunteering to do it in the first place. I was struck by how well-behaved the children had been all evening and night and grateful for Mr Marriott, Mrs Parks, Miss Wimbledon and Mr Dryburgh volunteering to spend their Saturday night to make it all possible.

The downside was that all the children and adults were exhausted on the Sunday, and probably will be for the next few days, but I am confident that the awareness and money raised has been well worth it.

I would like to say a huge thank you to all the children, all the people who have sponsored them, the teachers who were there on the night, and all the colleagues' and parents’ encouraging words.

Please click the link below if you would like to see the fundraising page, not to give money this time, but to read all the comments and to see how many people have donated, it is mind-blowing.

Well done everybody – it's going to a great cause.

If you would like to learn more about how the money will be used to fight homelessness, please visit:https://social-bite.co.uk/what-we-do/

Quotes from the pupils: 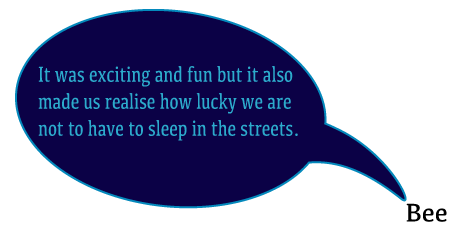 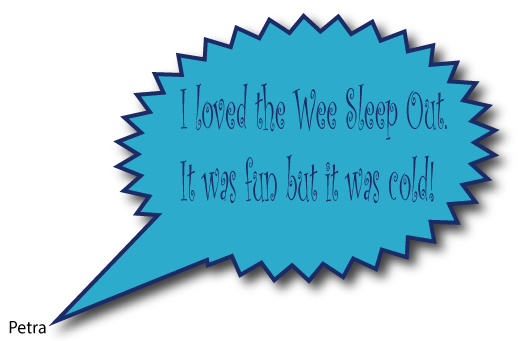 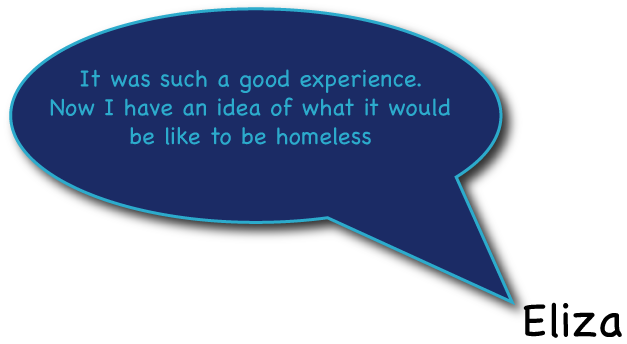 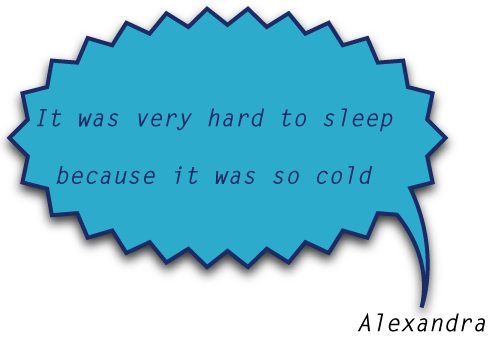 The following is an essay written by Wendy, a young pupil who took part in the Wee Sleep Out on Saturday: 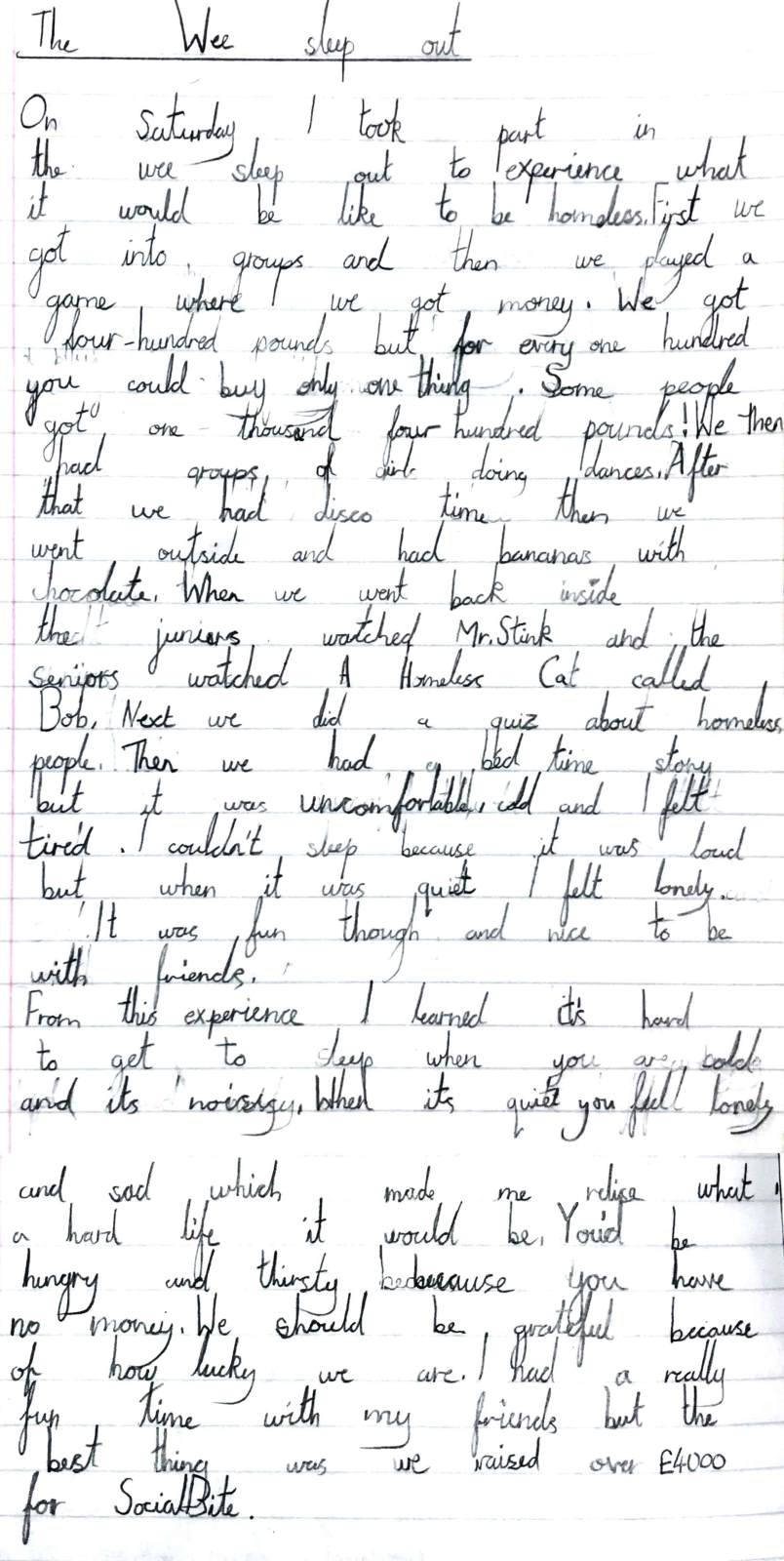 “I am absolutely delighted that lots of Belhaven children took part in the Wee Sleep Out – so many in fact that we had to limit numbers. It is incredible how much support they have had from friends and family and I am thrilled that they have far exceeded their target of raising £3,000 – a great achievement.” Henry Knight

For 2019, Sleep in the Park goes global with the World’s Big Sleep Out on Saturday 7th December in Princes Street Gardens.Pupils at Belhaven Hill School at their Wee Sleep Out in the school’s sports hall, raising funds to help end homelessness in Scotland.