Reports of the annual York trip by the children themselves ....

Our Trip to York, by Elita

First, we went on an Eve Coach. The driver was very nice. Despite this, we were very happy to get out to stretch our legs. After that, we got back on the nus and soon after arrived in York.

After lunch, we went to the Viking Centre. It was fun to actually experience the sights and smells although the smells were not always pleasant. We then looked around.

We had a meal of fish and chips or sausage and chips and went on a ghost walk. It was a bit spooky but not as much as the dungeons.

We then finally got back to the hostel. We did a quiz about how many steps Mrs Leitch would do. Then we went to sleep.

The next day we woke up and went for a walk on the walls. Then it was time to see York Minster. It was very intricate and beautiful.

Then we went to the Sweet Shops. Sadly the old fashioned one we normally go to was closed so we went to a different one.

Next, we had York Chocolate story. It was very fun. We got to make our own chocolate lollies.

After lunch, we went to a safari park. It was nice to see all the animals and some of them had funny habits. Then we had pizza. It was very tasty. When we got back, we had the movie and sweets. Some of us did not like the movie so they were allowed upstairs.

On our last day, we went to Barley Hall. It was very interesting learning about how people used to live.

Next, we did dig. It was very interesting to see what it would be like to be an archaeologist.

On Monday morning we went on a big trip to York. We helped Neil (the bus driver) load the bags onto the bus, then we set off! It took a VERY long time and everyone got bored and tired and some people needed a toilet break, so we stopped at a car park to get some fresh air and go to the loo. The trip took exactly four hours to get there. When we passed the sign that said you were in England everybody cheered! Finally, we arrived at our destination. We had parked just beside a big castle tower. Mr Curry told us people would be put in a cage and hanged over the side if they did something wrong, they could only be freed after a year and a day!

Afterwards, we walked to Jorvik Viking centre but on the way Mr Curry stopped us by a motte and bailey castle they are restoring. He told us a story about when the people of York rebelled against the Jewish money lenders. The money lenders hid inside the castle until the rioters tempted them out by saying they wouldn’t kill them if they came out. They came out and were hacked to death.

The Jorvik Viking Centre was very interesting, showing you how the Vikings lived, Viking remains and Viking artefacts including a coin stamp which is very rare, only three have been found in the whole world. There was also the world’s biggest fossilised Viking poo!

In the evening we had fish and chips and then made our way back to the hostel where Mr Curry gave us a quiz on what we had done that day. The quiz had lots of questions including how long our journey was.

After the quiz we went to dorms and lay in our bunk beds until we went to sleep, although Wilfred kept talking about naughty sausages (I don’t know what that means, do you?) but eventually we had a good night’s sleep and woke up in the morning refreshed to go to breakfast.

When I woke up Eleanor was already awake and she stared at me and then Amelia woke up. We talked for about an hour until Mrs Leitch came in to make sure we were awake. Then we had breakfast, I had toast and a pain au chocolat. I also had orange juice. Then we collected our sandwiches, I had salami and salad.  Then we went to the York Minster. We saw the Rose window. There was so much to see I can’t name it all!  Mr Curry was our tour guide. He told us that there had been three fires in the Minster. One of them had been done by a man who was mad, but instead of being hanged, he was taken into care. Then we saw an organ.

When we got into The Chocolate Story we went into the lift in groups. The women who was our guide asked us what our favourite chocolate was. I said Crunchie.

On the last day of the trip, we went to the Jorvik Dig and we got to dig up old Roman and Victorian things! After that we went to Barley Hall, which was all about life in Tudor times. Then it was time to leave.  The bus journey felt longer because my friends and I  were having a drawing competition and they were taking it seriously and of course I was just drawing memes and for some reason that went well and I won! 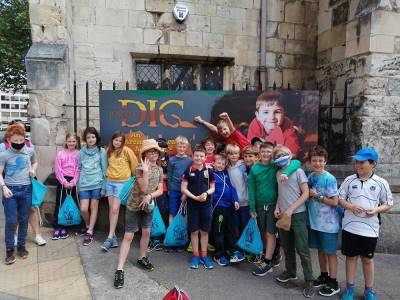 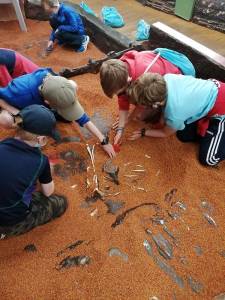 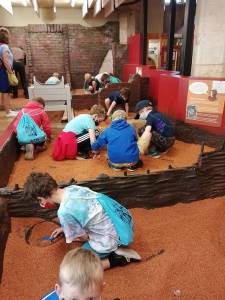 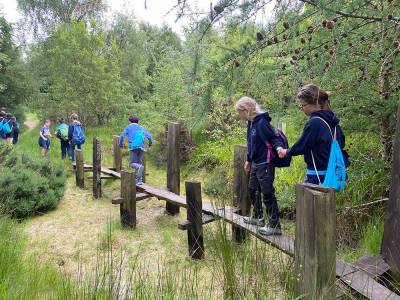 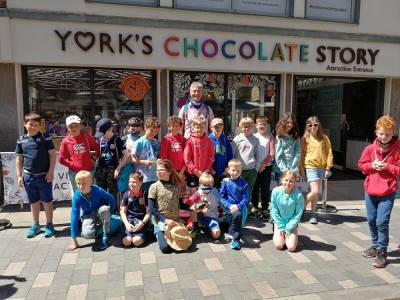 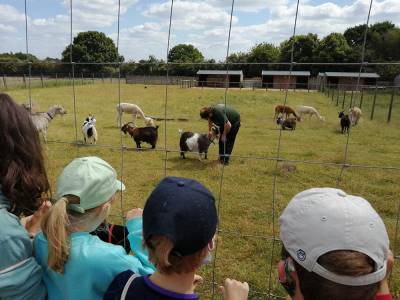 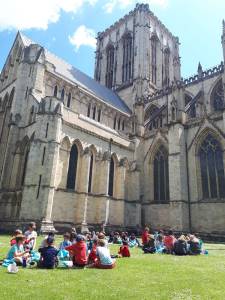 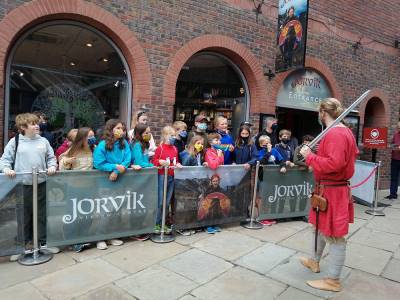 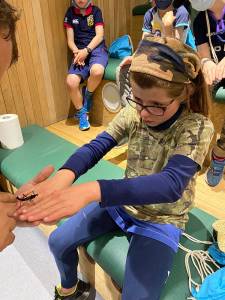 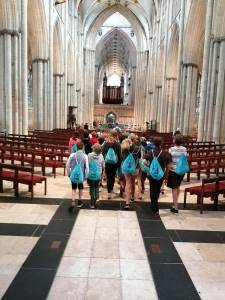 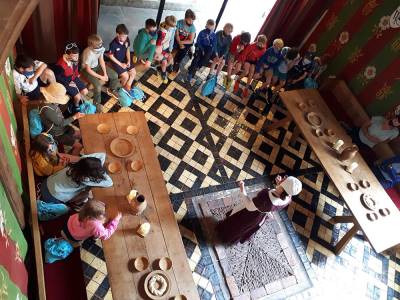 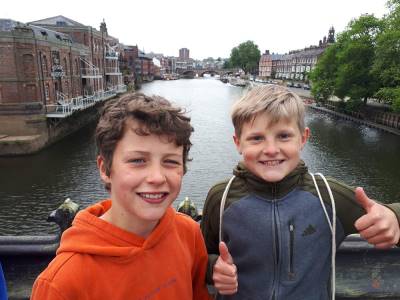 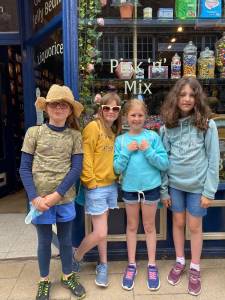 That was the York Trip!