We hope to fill these pages with news of what is happening with our Old Belhavian pupils but we rely on you to send us what you're getting up to nowadays. You can do this by getting in touch directly by emailing Olivia Reynolds or by filling in the form on the Keep Us Updated page.

Whichever way you choose to contact us we look forward to hearing from you.

Colin Innes (1949. Wellington. Staff College Camberley 1968) started life at Belhaven at Dinnet House in Aberdeenshire under Mr Sims for the School had moved North during the War. The school moved back to Dunbar soon afterwards. Colin was joined at school by his twin brothers, Malcolm Innes and James Innes a couple of years later. After Wellington, he went to RMA Sandhurst and after commissioning in July 1956, joined as the third generation of his family in the Regiment, The Black Watch (RHR), and served for 29 years with the Regiment and later on the Staff. He had a short time as Secretary at Muirfield and then he bought and managed a Heather Farm in Argyll for 3 years, before re-joining the Army as the Recruiting Officer for Edinburgh and the Lowlands for a further 9 years. He retired in 1996 after 36 years’ service in uniform. He now gives lectures on Military History to his Regimental Association and to many other historical organisations. Now 85 years old, he lives with his wife Caroline in Murthly, Perthshire where he plays some golf and enjoys gardening.

David Baird-Smith (1951. Winchester. Cambridge) David and his wife celebrated their diamond wedding anniversary (60 years) on August 5th 2021. Their granddaughter Colomba is currently studying International Law at Edinburgh University. He made a reminiscent contribution to the 2010-2011 Belhaven Bugle a few years back (page 132)!

John Fairclough (1953. Rugby, London) is enjoying his retirement!! He is keen to hear of other OBs

David Farquharson (1965. Rugby. Middlesex Hospital Medical School) retired to the Highlands 4 years ago! Previously he was a consultant in obstetrics & gynaecology and latterly Executive Medical Director of NHS Lothian.

Christopher Smith (1975. Radley. Durham) has had 38 years in banking so far, most recently for Handelsbanken, a Swedish bank

Jamie, no stranger to cycling and running huge distances around various parts of the globe, has  cycled around GB to raise support for the Olympics and the GB athletes.

Originally, Jamie’s plan was to cycle from London to Tokyo for the start of the Olympics. But COVID-19’s shadow put the brakes on that plan. Instead, he cycled from London to Stokeyo (aka Stoke-on-Trent) in a circuitous route that took him 10,000km; about the same distance to Tokyo in a straight line.

To see Jamie's achievements go to his website - jamieramsay.net - well worth a look!

British Entrepreneur Breaks Five World Records becoming first to row the Drake Passage.
A team including Britain’s Jamie Douglas-Hamilton, founder of ACTIPH Water, became the first to row from Cape Horn in Chile to Antarctica battling brutal storms and freezing cold conditions in the notorious Drake Passage – the world’s most treacherous stretch of water. In 2014, Jamie was part of a team who set two Guinness World Records by rowing 5,000 miles across the vast Indian Ocean, all the way from Australia to Africa – meaning he now holds an incredible seven Guinness World Records.

“In the 12 days we endured a lot of pain, exhaustion, sleep deprivation and severe cold which has now led to frost nip in my feet and fingers a condition that takes weeks or even months to recover from. I also lost two stone in weight, but all the pain and suffering disappeared as we reached the South Shetland Islands and rowed through the most pristine and beautiful landscape I have ever seen. We passed icebergs the size of towns and islands that looked like Himalayan peaks and were followed by orcas, whales and thousands of penguins for the last 150 miles.

“This challenge was labelled the ‘The Impossible Row’ as everyone told us we were crazy to even try it and that it could never be done. We believed we had a chance with the right preparation, training, team and determination. Just like my grandad’s expedition over Mount Everest inspired me to take up challenges that led to rowing the Indian Ocean and founding ACTIPH Water, I hope in time this expedition will inspire people to follow their dreams and to challenge the status quo. What might seem impossible rarely is if you truly believe in what you are doing and are determined to make it a reality.”

The expedition was recorded by Discovery, which is airing as a 1.5 hour documentary on Discovery Channel in 210 countries later this year.

Barney Campbell (1996. Eton. Oxford) wrote a novel, 'Rain', about the war in Afghanistan that was published by Penguin in 2016. He stood unsuccessfully for Parliament in the 2017 General Election which he found was a great experience.

Charlie Landale (2002. Eton. Trinity College, Dublin) is currently living in Hong Kong with his wife Lee and their two children: Rory (nearly 4) and Lyra (2). They are expecting their third child at the end of March. They live on the beach in HK which they really enjoy but miss Scotland every day and look forward to the days of being able to travel again.

George Kelly (2005. Sherborne. Leeds) had a wonderful 5 years at Belhaven and went onto Sherborne in Dorset with an Art Scholarship for another 5 superb years. His next stop was Leeds to study Sociology before moving back into design with a Graphic Design course. He owns and runs a cheesy chip van on the side but works full-time for an Amsterdam-based nature documentary streaming app called WaterBear. He is the lead designer and permanently looks forward to the second year of the business through 2022.

India Tyndall (2006. Fettes. Newcastle) has just started up her own travel company, specialising in Luxury Scuba Diving trips. She still sees lots of her OB friends - most recently on Mull for a weekend with the De Klee’s.

Alexandra Riley (2007. Marlborough. Edinburgh) is currently working as a Landscape Architect in London. The last four years she’s been living in Melbourne, Australia. In the six months before moving back to the UK, she was bikepacking around Tasmania and then up the east coast to Sunshine Coast – she found it epic!

Caspar Rogers (2010. Eton) graduated from Edinburgh in 2020 with a 2:1 in Middle Eastern History & Politics and now finds himself working as an insurance broker ... he’s not quite sure how that happened! He’s delighted to say that he and his twin Freddy are still in touch with numerous Old Belhavians and can in fact count some of them as their oldest, closest friends. They’ll be organising some form of gathering for the 2010 OB’s era ... watch this space.

Jock Stodart (2013. Glenalmond) recently moved to London to begin a 9 month business course having dropped out of Newcastle University.

Alice Warre (2013. Oakham. Leeds Arts University) has completed a year abroad work placement in Copenhagen. She was working in the marketing and social media department for a fashion designer. 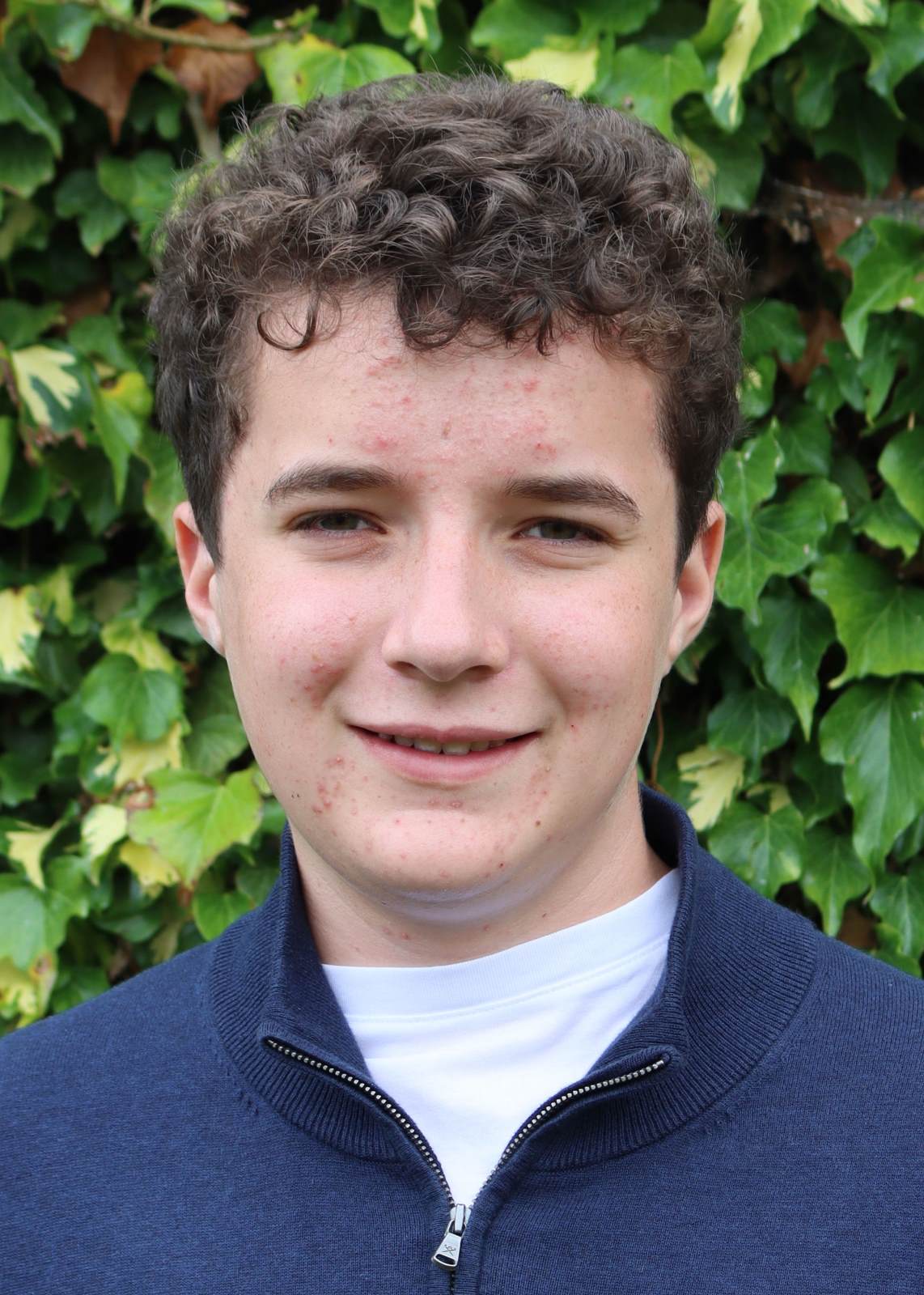 Returning to work where I was once educated has been an odd, but incredibly enjoyable and rewarding experience. It has been brilliant to be able to have the opportunity to give a small bit back to the school that gave me so much! It felt especially strange entering the staff room for the first few weeks and took a long time to get used to calling the teachers by their first names.

A major realisation is that people who were once my teachers (and now are colleagues) are interesting, lovely people who do not simply just exist for the purpose of teaching! There have been moments where I have realised that 10 year old me would be pinching himself - a personal highlight being having the keys to the Saturday Sweets Cupboard!

Most of all it has been an opportunity to try so many different things... I could not recommend returning to Belhaven highly enough.'

Freddie Jack (2019. Merchiston Castle) received a sports scholarship to Merchiston. He was recently selected for the Scotland U16 hockey development squad in 2022. He currently plays for the Merchiston 1st XV U16 rugby team.

Cleodie Stewart Howitt (2020) is loving Fettes, her sport is doing well and she’s loving it a lot. She’s won all her doubles tennis games and has been doing Eventing on the side.

Please send us your news of any children you have had.

It is with sadness that we record the deaths of our OBs. Our thoughts and condolences go to the families.

[Aimée Balsan on 6th April 2021. Her children and grandchildren attended Belhaven and she introduced her other relations, who have since also continued to send their next generation of children to the school - Celier, Lefebvre, Monod, Teglassy amongst others.]

Andrew McCulloch (1948) died on 19th June 2021, aged 85. Having spent 5 happy years at Belhaven as a boy and having sent his three sons, James, Edward and David, to the school during the 1980s. Andrew enjoyed recalling many stories of his experiences there, both as a pupil and a parent. "Mr Sims," William Caldwell and Dinnet, where the school moved to during the war, all featured regularly in his anecdotes. You can read some of his Belhaven memories in a piece he submitted to the 2013-2014 edition of the Bugle, page 168. After a full and intrepid life, Andrew earned great admiration for the rigour and detail of his historical books on his home region, Dumfries and Galloway. He leaves three sons and four grandchildren, to whom he was a devoted father and grandfather.