On Saturday 5th June, the twenty members of Belhaven Pipe Band spent the day playing at a number of venues in Edinburgh, culminating in a performance on the Royal Mile.

Before going to Edinburgh, the 10 pipers and 10 drummers played at two venues at Fort Kinnaird, where they entertained the Saturday Shoppers for 15 minutes.  The Band performed five pieces from their repertoire, which includes all the most famous Pipe Band pieces; Brown Haired Maiden, Castle Dangerous, Scotland the Brave, Highland Cathedral and Teribus.

After getting back on the coach, the musicians travelled to Edinburgh; first stop Princes Street Gardens, packed with 100s of people, and this was the largest crowd that the Band had performed for as they marched into the central area.

There was huge applause after every piece, and it was obvious that the pupils were enjoying performing for several hundred appreciative listeners.  They played superbly. There was even a standing ovation from those sitting on the grass in the sunshine.

The next stop on the tour was to Saint Andrew Square Garden. Similarly, a large number of people had gathered to hear the Pipes and Drums.  The pupils had now become used to lining up in silence, in performance mode, to await the command, "Left turn ... quick march," and enter the gardens. Many tourists followed to come and hear the set of five pieces, all of which were met not only by applause but also cheering. The 20 members of the band were now getting used to their new-found fame and clearly loving it.

Our penultimate concert was given outside the Parliament building at the base of Arthur's Seat. Many more of the musicians' parents had joined us for this performance, eagerly awaiting our appearance on the Royal Mile in Edinburgh. 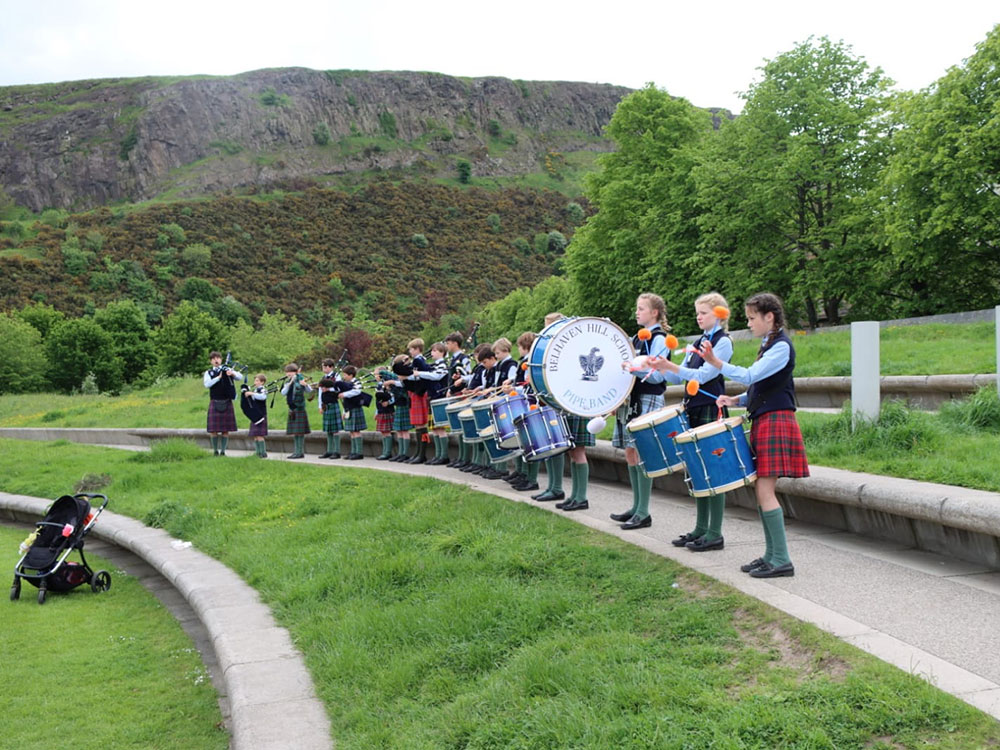 The performance on the Royal Mile was outstanding.  Huge crowds gathered outside St. Giles' Cathedral to hear the Belhaven Pipe Band.  The pupils were exceptional both in behaviour, marching and of course performing. Quite outstanding that a Prep School Band has pulled this off, especially as, for most of the pupils, this was their first year as a member of the band! There were cries from the huge audience for 'more', but alas our permission to perform (obtained from numerous sources) allowed for just five pieces.  The pupils marched off with absolute pride - and rightly so.

There was still time to briefly visit Edinburgh Castle, and have the customary post performance can of Iron Bru! 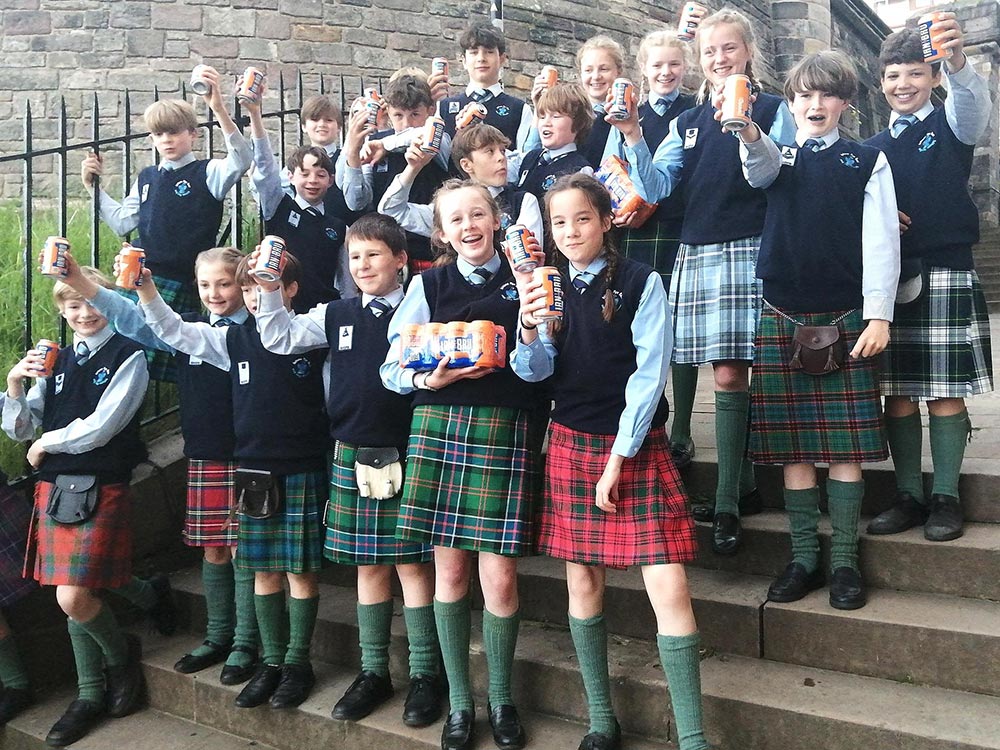 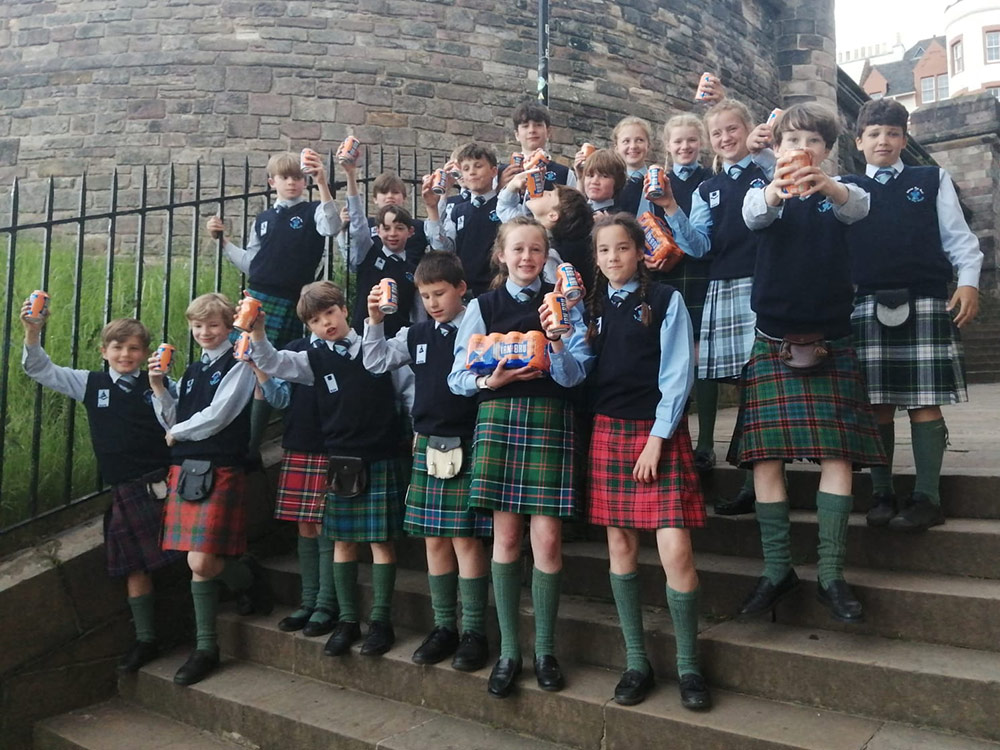 On the way home the Pipe Band stopped at KFC for their evening meal.  A superb day. 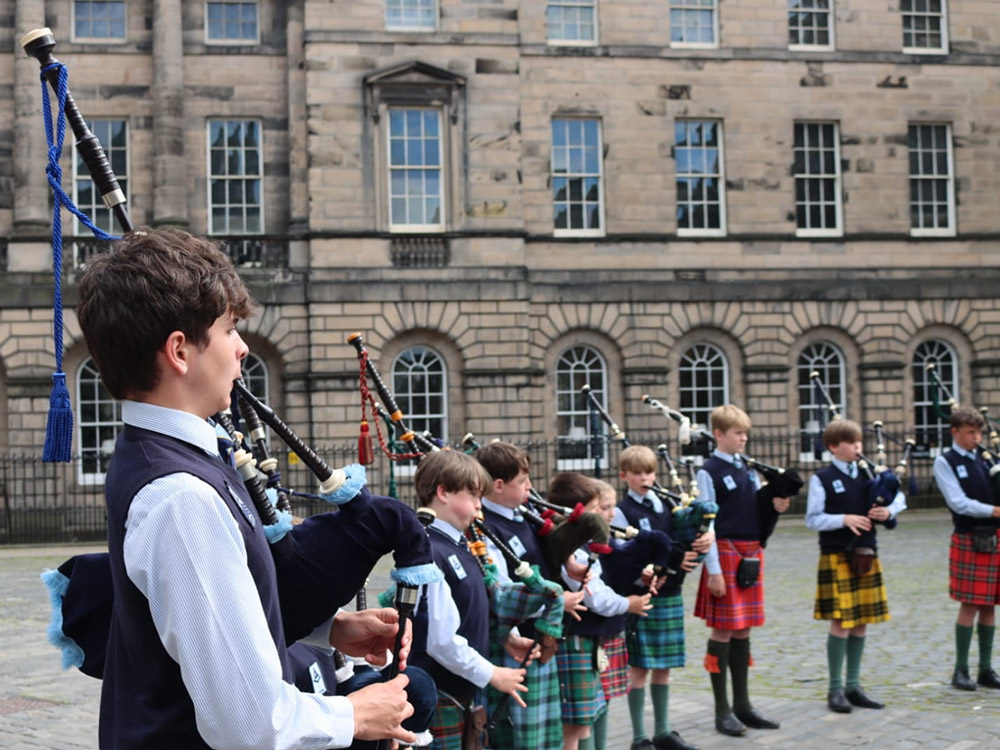 The video below has all 5 pieces that were performed in Edinburgh.