The girls knew this was going to be a tough match before we even set off from Belhaven!  Arriving at Fettes with only three members of the 1st team, we soon met with three more rather exhausted team members,  who had been sitting their awards at Fettes over the last couple of days.  With Lucy and Annie were also absent from the match, as they were sitting scholarships at their future schools and with Cleodie in her interview, Amelie left the 2nds and stepped up to play the first quarter for the 1sts.

Fettes were quick off the starting whistle and scored straight away.  Unfortunately this set the pattern for the entire game.  Despite some good phases of play, interceptions and good spacing the Belhaven team struggled to get the ball into their attacking circle.  A quick break in the Fettes play soon allowed Amelie and Emily to bring the ball forward and feed the ball into Molly and eventually a goal. Belhaven 1 - Fettes 8

Cleodie fresh from her interview, stepped onto the court to allow Amelie return to play for the 2nds.  Fettes were quick to gain control once more and by the end of this quarter, it was clear that the girls were completely exhausted.  At half time, my words to the girls was not to worry about the score-line but to ensure they still played their hardest and enjoyed the game. Belhaven 2 – Fettes 16

By the third quarter, Bea and Cleodie switched positions whilst Amaryllis battled on really well in defence.  Panda made some good interceptions in the circle to prevent Fettes from shooting, but some of our passes were not high enough to get over the taller Fettes girls.  Play was however starting to even out as we scored one goal to the three that Fettes scored.  Belhaven 3 – Fettes 19

Emily and Cleodie has a really good final quarter in the attacking end of the court.  They tried hard to support Molly and Daisy in the circle and goals were scored for Belhaven.  The ball moved quickly from end to end with some good phases of play by the whole team.  The team finished the final quarter three goals each. Belhaven 6 – Fettes 22

A difficult match today girls against a well drilled team.  Being exhausted from the start and two team members down didn’t help either but you fought hard for the ball and held your heads high, not once showing signs of giving up.  True Belhaven spirit!  Well done Cleodie for being selected ‘player of the match’ by Fettes. 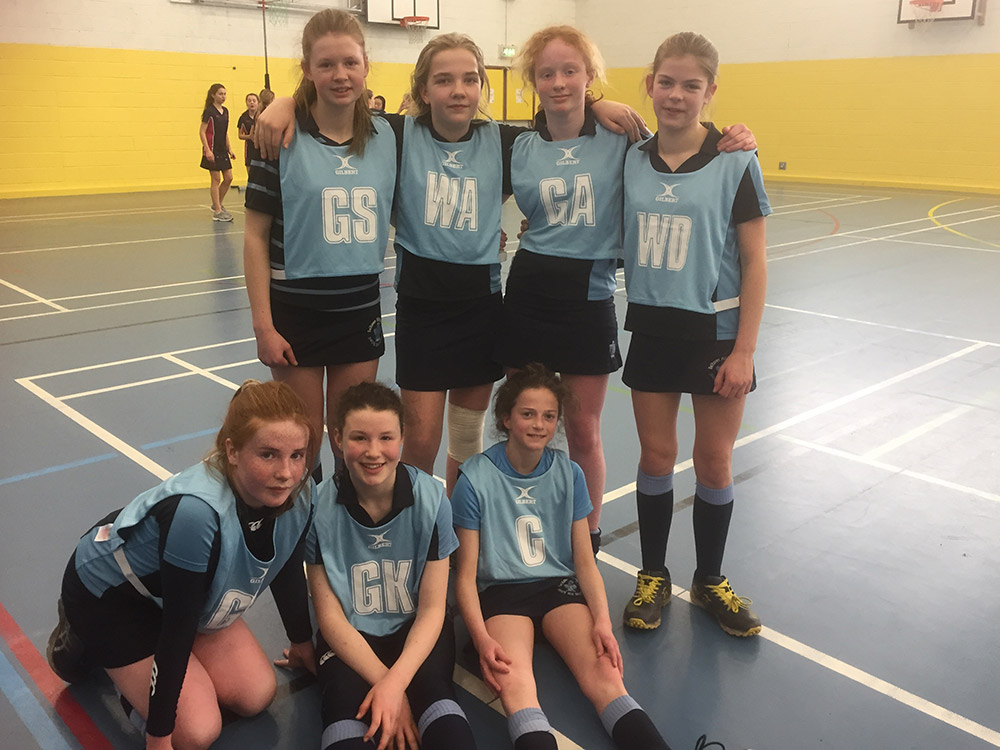