Luckily for the girls, the match at Strathallan was being played indoors which allowed the fixture to remain on today.  Arriving in Perth just as the sleet started the girls headed inside to warm up.  The game got off to a flying start with some fast passes into the shooting circle.  Daisy soo got the scores rolling with a good eye for the goal today.  Despite gaining an early lead Panda and Amaryllis still had plenty of match play intercepting the ball as it came near the defending circle.  Belhaven 8 – Strathallan 0

The second quarter began in the same manner.  Annie teamed up in defence with Amaryllis and there were some smooth phases of play between them and Cleodie on the wing.  Lucy and Emily worked well together creating space in the attacking third to allow Molly to find space in the circle to position well for shooting.  The Strathallan attack fought hard and although both Belhaven defenders made some great interceptions, Strathallan put their mark on the score board.  Belhaven 18 - Strathallan 3

Lucy swapped off in the next quarter to allow Bea to link up with Emily and Cleodie.  The three central players worked well with each other, creating space, feeding the ball into the circle and providing great back up for the shooters.  Amaryllis made some super interceptions in defence whilst Annie created a good diversion on court and used the space well to support Amaryllis’ passes. Belhaven 26 - Strathallan 6

For the final quarter, Annie resumed position as WA, Panda switched back to GK to keep a good eye on her opposition and Bea moved back into WD.  The girls began to take time with their passes to ensure they were not forced into making errors in the final quarter and used the space well on the court.  Belhaven 36 – Strathallan 8 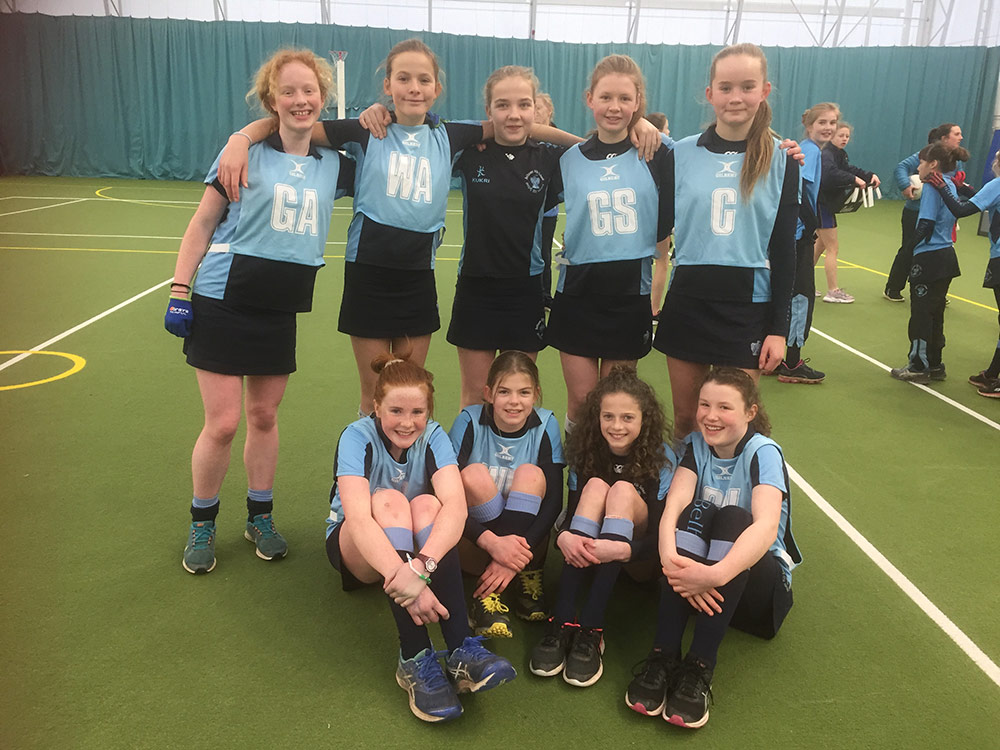 A great match for the girls were they were all able to display some great skills and show how adaptable they are as players.  The team communicated well on court and made great use of the space both on and off court to reposition.  Well done – a great bounce back from Wednesday.