A full day of matches meant that the 3rds had to wait until 3 o’clock before they took to the court this Saturday afternoon but it didn’t seem to put them off as they stormed into an early lead against their St. Mary’s Hall counterparts.

Both Paloma and Georgie as GS and GA respectively were taking every chance they got and the girls in the middle – captain for the day, India, WA Natasha and WD Caroline - were doing their level best to get the ball into the ‘D’ for them.

St. Mary’s had some strong players though and were keeping it tight at the back to give Belhaven only the smallest of margins after the first quarter but the girls soon stretched it into the second and were leading 5-2 when the oranges came out.

Bella had a brilliant match and Grace C-B, playing up from the U11A team had a fabulous debut for the thirds. Together with Caroline they managed to keep everything out of the goal in the third quarter and with India running things in the centre of the pitch and the attackers on top form Belhaven went into the final quarter with a six goal advantage.

SMH came back strong at the end but it wasn’t enough and Belhaven ran out worthy winners. In a nice touch at the end the opposition picked their player of the game. They chose Bella which was well-deserved given both her play and helping her younger teammate out at the back. 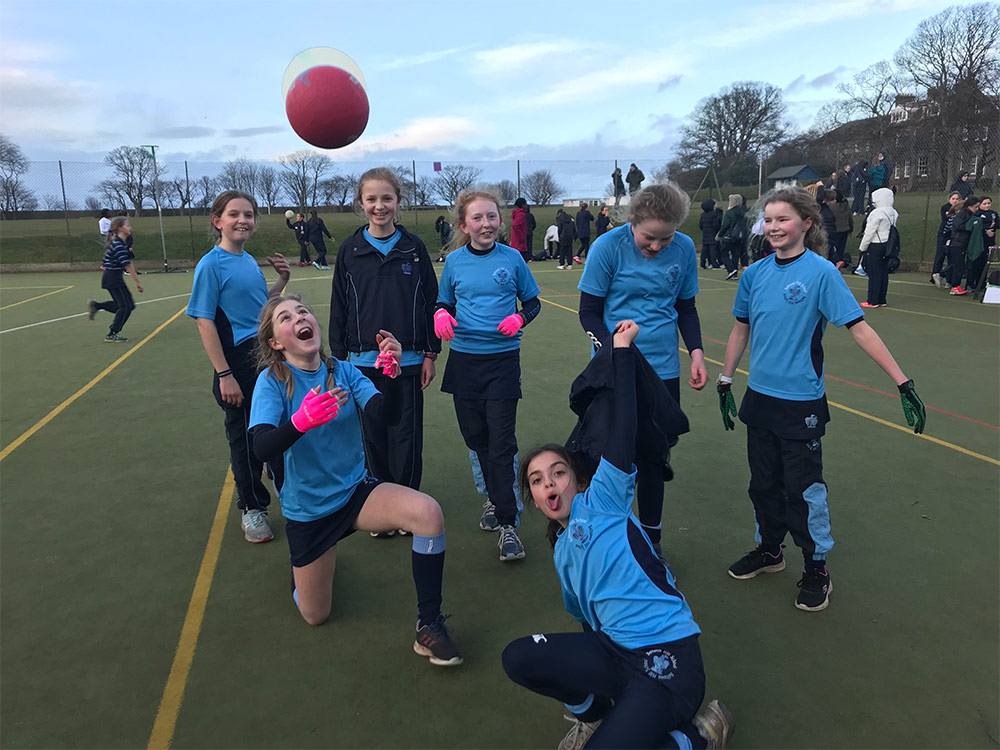