Having driven north through some rather interesting wet and windy weather, we arrived at Ardvreck as the rain started to clear.  Studying the programme on arrival, the girls could see we had a tough draw and having beaten three of the teams in school matches we were going to have to play well to win against them in shorter matches.

Our first match against Craigclowan got off to a slow start.  Tournaments are based on short, snappy games where there is little time to get going or for making mistakes.  Craigclowan were quick to score but we soon equalised and in fact took the lead in the game.  A quick loss of focus saw Craigclowan take advantage of some sloppy play and they crept back to finish with an equal score.

The next match we knew would be tough but also an interesting one.  Having lost to Fettes a few weeks ago, we were now back with a full strength team.  This was probably our best match of the day.  The girls were keen to keep possession and wanted to prove they had a fighting chance against this talented team.  The play was even throughout with each team scoring taking the scores level until Fettes scored just before the whistle.

After a short break we played Morrison’s, an unknown team to us and we thought we may have a chance with a first victory of the afternoon.  Unfortunately this was probably the most disappointing match of the tournament for us.  We made some silly errors, sloppy passing and so Morrison’s got the upper hand to start off with. We equalised soon after they scored and were just taking a shot as the final whistle went – unfortunately this goal did not count to give us a win, so we had to settle with a second draw.

Another break and we then played St Mary’s.  Again some slightly nervy play from both teams as we started the match, until we settled down into the flow of the game.  A goal for Belhaven settled the team slightly and they stepped up the game.  St Mary’s managed to equalise after several shots at goal and it was game on again.  With minutes ticking away, the girls had some good phases of play and were ready to take shots on goal.  One goal up at the final whistle and Belhaven had finally won a game!

The last match against Strathallan saw the girls settle down once more and play some good netball.  Good defending, great passing allowed the girls to dominate the court and keep possession of the ball.  A good victory in the final match.

Unfortunately we didn’t manage to qualify for the semi finals so settled with 3rd place in the group.  Some good semi finals were played and it was encouraging to see that the team we lost to, Fettes, winning the tournament with the team we drew to, Craigclowan, as runners up!

A difficult and slightly disappointing afternoon of netball in places as I know the team can play much better.  The playing conditions were also not the best with cold, wet weather making the courts and the ball quite slippery.  One final match of the season next week against Cargilfield- it should be a good one to finish off the term. 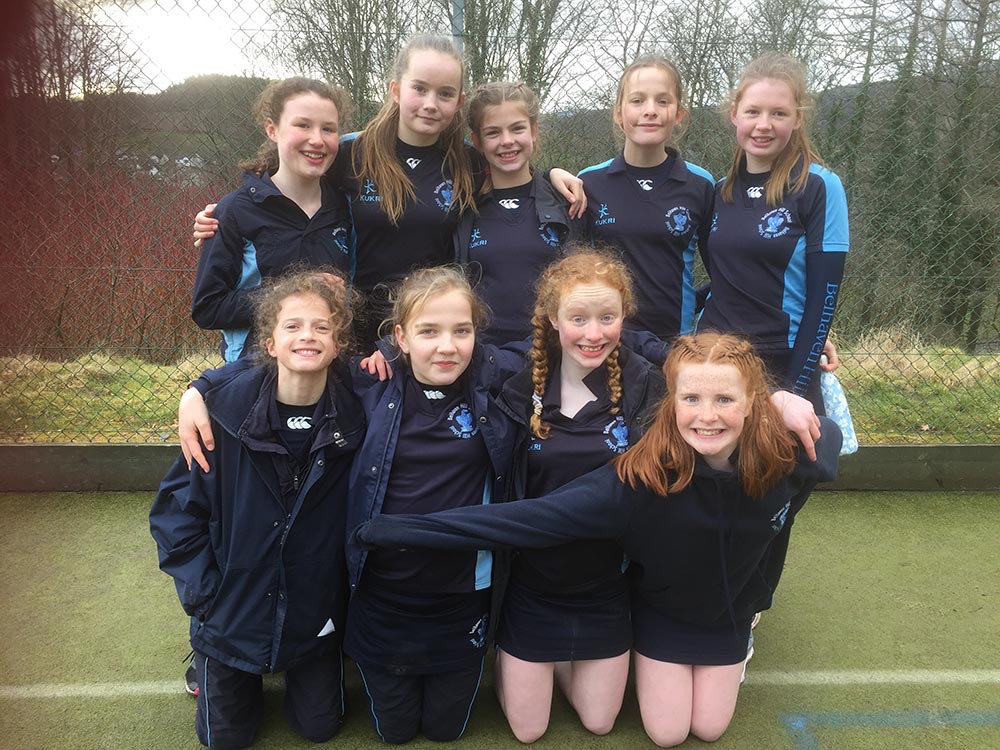