With the skies darkening and rain threatening, the U12b team took to the court.  Faith was captain for the afternoon and with St Mary’s winning the toss, chose to shoot towards the parents.  Bea and Louisa worked hard in the attacking third while Alexandra and Robyn tried to get free from their rather tall markers.  Petra and Faith worked well together in the defending circle intercepting balls that came their way.  Hester proved to be a super link between the defence on the court and moved quickly into positions to receive a pass.  Be the end of the first quarter after some evenly matched play, Belhaven were in the lead 2 – 0.

As the girls started the second quarter, they were reminded to feed the ball carefully into the circle to allow Alexandra to position herself ready to shoot.  Louisa and Bea linked up well and kept away from their markers to receive the ball.  Hester and Faith were starting to use the width of the court and space out the game.  Despite some good attempts at goal from the opposition, Belhaven remained in the lead by half time 5 – 0.

During the third quarter, the girls were being forced to play at a faster pace and therefore footwork and marking errors began to creep in.  Play remained up and down the court but with Alexandra’s good eye for the goal she made shooting seem so easy!

The final quarter of the game was played well by both teams.  Robyn was key at creating space and bringing the ball towards the circle whilst in the defending circle Petra was quick to intercept the ball.  By the end of the game Belhaven had scored an impressive 14 goals.

Well done to both teams and, despite the score, they both had to work hard to keep possession of the ball.  It was lovely to have some U11 girls take part in the team today and they are certainly ones to look out for in the future! 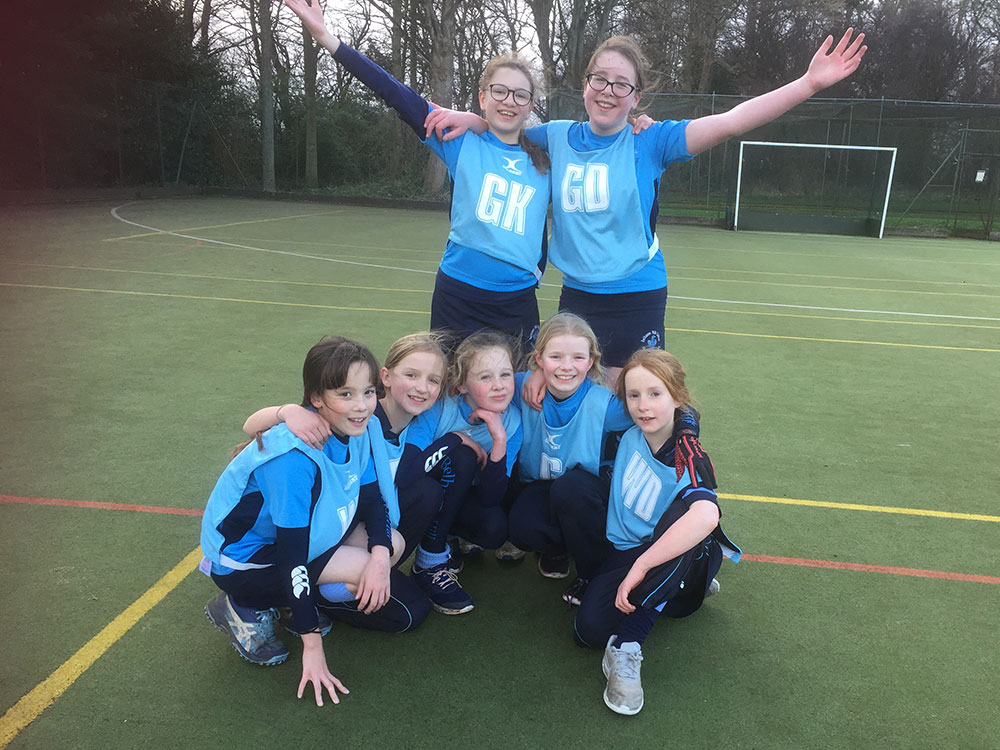 Well done to Robyn for being nominated ‘Player of the Match’ by the opposition.